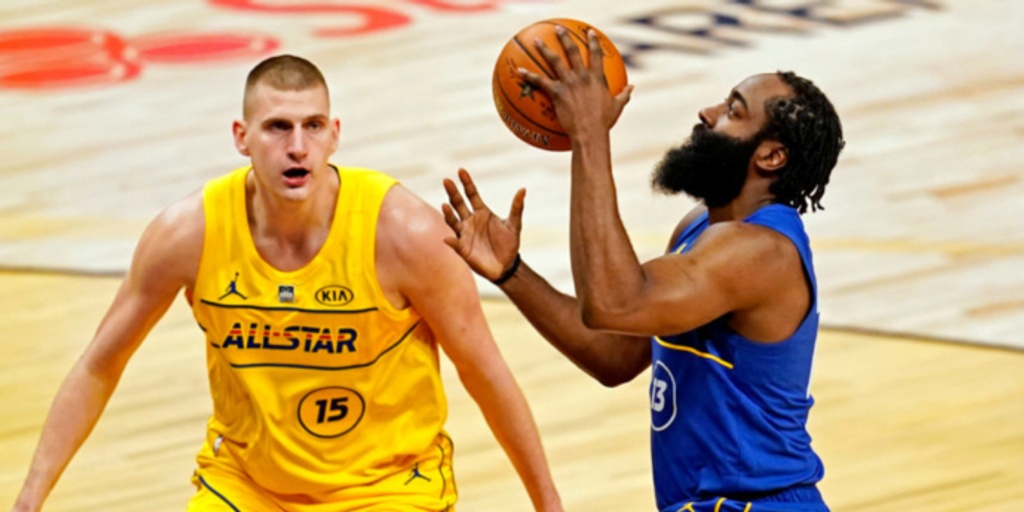 The MVP Debate: How many valid candidates are there?

Here’s how the Most Valuable Player voting process works: Late in the season, a select group of NBA writers and broadcasters will receive e-mails from the league office telling them they have been chosen to cast ballots for postseason awards. Those ballots are due back at noon ET the day after the season ends.

And then the wait begins, unless it is obvious who is going to win the award, as it is with LaMelo Ball and Rookie of the Year.

In a typical season, those who vote would gather with their colleagues at media work rooms in NBA arenas and debate the relative merits of the top candidates. Some writers and broadcasters would seek input from the scouts and assistant coaches they speak to at the arenas.

But this year is different, because most everybody who will be voting is working remotely. Face time no longer exists (and no, Zoom does not qualify as actual face time), which means each individual voter is on an island somewhat. If they want to kick around a few ideas with colleagues, there are not many opportunities to do so together over a cup of coffee.

Such is life as an NBA writer in a pandemic. The social distancing that sometimes leads to social isolation is going to impact the voting this season. Exactly how remains to be seen, but the guess here is that a groundswell will build up around one or two players who start getting touted hard by somebody big in the national media, such as a Stephen A. Smith or a Dwyane Wade or a Kenny Smith or a Marv Albert or a Jeff Van Gundy.

It will be interesting to see whether the league issues ballots to Smith or Shaquille O’Neal of Turner Sports, both of whom now have potential conflicts of interest because they have signed deals with FanDuel, which takes wagers on who will win each award.

Joel Embiid of Philadelphia was having an MVP-worthy season before getting injured Friday night, and he is no longer the favorite. That spot is now held by LeBron James, who plays for the third-best team in the West as of this particular Sunday. His statistics in most categories are about the same as they were last season, with the exception of assists, which have dropped from 10.2 to 7.8.

Some folks are making note of the fact that James, 36, has not won the award since 2012-13, which somehow just doesn’t seem right, which is true.

But is that going to be the operative thought in the minds of enough voters to win him the award? That he’s overdue?

Only time will tell, but an outside-the-box thinker could make the case that Julius Randle has been more valuable to the Knicks than James has been to the Lakers when you factor in where preseason expectations were set.

The same case can be made for a half-dozen players, and there are another half-dozen whose teams are one 10-game winning streak away from having frontrunner status for awards including Coach of the Year, Most Improved Award and MVP.

This season’s MVP winner will be determined by what happens between now and the end of the regular season in the third week of May. The race is more wide-open than many would have you believe.

So while there could be as many as 10 legitimate candidates, let’s keep it at LeBron plus the five guys who are the most in the mix, their biggest pros and cons and their individual storylines.

The best thing he has working in his favor is a magic touch with many members of the national media who have covered the league for a long time. Some of them voted for him last season when he was gaining ground on Antetokounmpo before the season was brought to a halt. We also can assume he will get the fan vote, because he is the most popular player in the league. After tonight, his Lakers have only one more road trip this month, but will have measuring stick games against Phoenix, Philadelphia and Milwaukee.

Pros: The Joker is a one-of-a-kind point center who is the only guy showing up on a nightly basis for a team that has a talented, yet inconsistent Jamal Murray.

Cons: His team is just six games over. 500 and in sixth place in the West.

The Nuggets just went 5-0 on a five-game road trip, and Jokic has had one 50-point game, three 40-point games and nine triple-doubles. He is a worthy contender, but he is not beloved by the American media the same way LeBron is, and it will be an uphill battle for him to win. The Nuggets will play 7 of their next 9 against teams from the East, beginning tonight against the Pacers -- assuming the epic snowstorm in Denver does not force a postponement. They need a surge for Jokic to have a snowball’s chance in hell.

Pros: He is second in the NBA in scoring at 29.9 points per game, and his shooting percentages are vastly improved across the board for the East’s first-place team. His overall field goal percentage is up nearly five percentage points to 52.5%, and his three-point shooting has jumped from 33.1% to 42.2%.

Cons: He has a knee injury that will sideline him at least two weeks, and he has missed seven other games for a variety of reasons including contact with a COVID-infected barber.

The major question is how long his knee injury (the team is calling it a bone bruise) will keep him sidelined. But if it is only three weeks and he can pick up where he left off, he could quickly go back to being the No. 1 candidate – especially if the Sixers can stay ahead of the Nets during his absence, which will not be easy during a six-game road trip that runs from March 21 through April 1. A good night to target for his return is April 3 at home against Minnesota, the first of a back-to-back in which he can test himself first against Karl Anthony-Towns and then against Jonas Valanciunas the next night vs. Memphis. He will have to play enough games to qualify.

Pros: He has six triple-doubles, he can still go the length of the court and dunk with two dribbles, he went 16-for-16 in the All-Star game and his team has won 8 of 9.

Cons: His Bucks are not playing at the same knock-everyone-out (except Miami) level that they were at this time a little more than a year ago. Voters have not made anyone an MVP in three straight seasons since Larry Bird in 1985-86 and will not do it for the Greek Freak unless his team finishes atop the East – and maybe not even then.

Think of all the great players who have passed through the league since Bird was in his heyday. Not even Jordan could win three in a row, and many voters acknowledged that they voted for Karl Malone over Jordan in 1996-97 as sort of a “career appreciation” vote. (Jordan took offense and used it as motivation in the NBA Finals.) The Bucks will be on ESPN four times over the remainder of this month, and they are only two games behind the Sixers in the loss column. But it would still take something extraordinary to get a majority of voters to put him first on their ballots for a third straight year.

Pros: He has taken over leadership of the offense for a very dangerous Brooklyn Nets team, recording nine triple-doubles in 33 games. Only Russell Westbrook has more.

Cons: Some voters will hold it against him that he forced a trade out of Houston and in turn, made life difficult for Stephen Silas, John Wall, P.J. Tucker and every other Rocket not named Kevin Porter Jr.

At the same time, Harden has never won the award and was a strong candidate over the past several seasons in Houston, and it is to his credit that he has altered his game in Brooklyn to suit the personnel around him, replacing Kyrie Irving as the de facto point guard and helping the Nets survive the prolonged absence of Kevin Durant. They have won 12 of 13 heading into tonight’s game against the Knicks, and Harden leads the NBA in assists with 11 per game.

There are others who could make a case for themselves over the remainder of the season, but their teams will have to go nuts in the overachievement department to get them into the MVP conversation. Those players include Luka Doncic of the Mavs, Damian Lillard of the Trail Blazers, Donovan Mitchell of the Jazz, Chris Paul and Devin Booker of the Suns, Kawhi Leonard of the Clippers and Jimmy Butler of the Heat.

As noted above, a 10-game winning streak could bring some new names into the MVP debate.

For now, we have to consider LeBron a guy that has to be knocked off the leaderboard. We shall see who is capable.