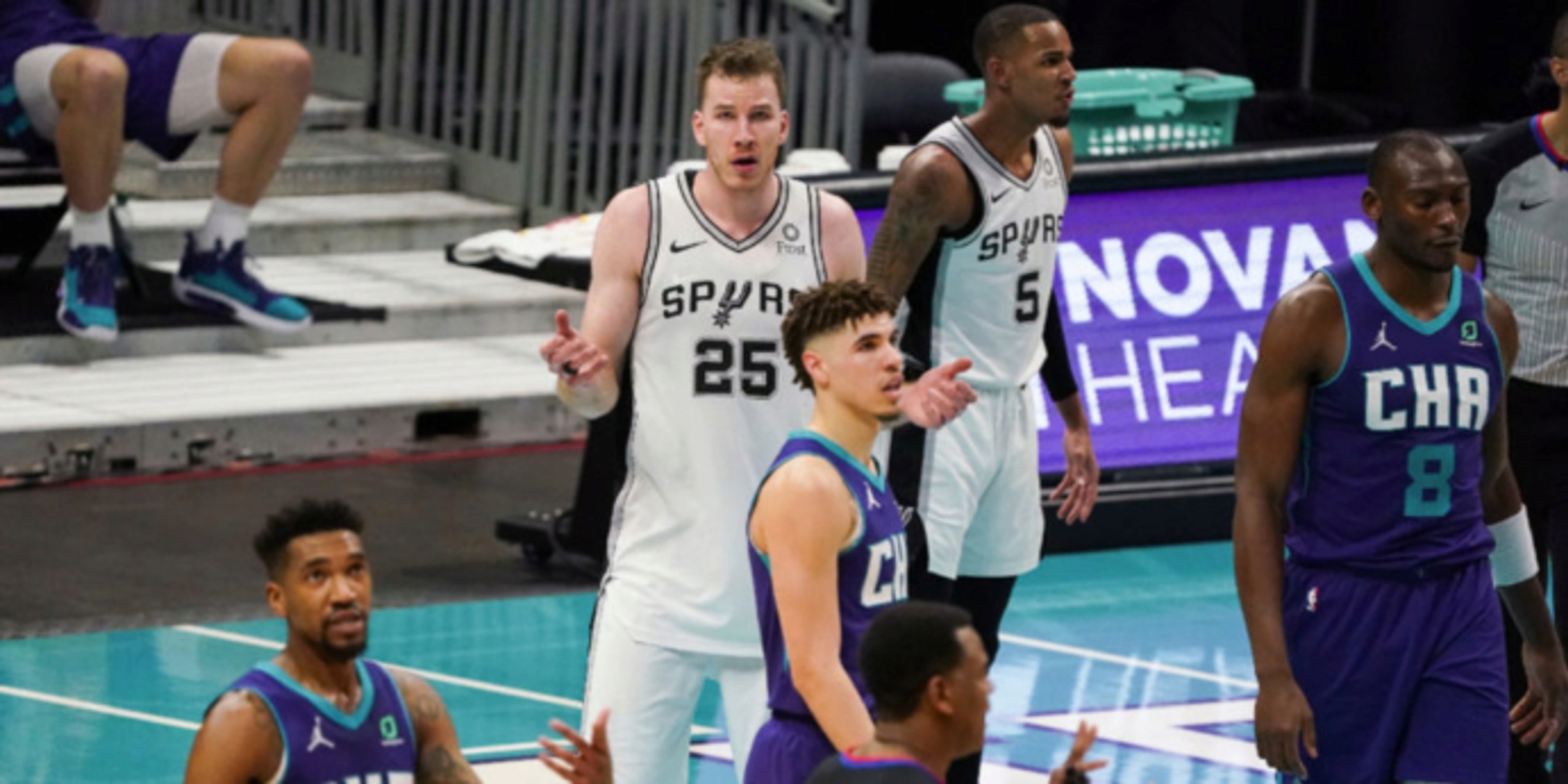 Spurs, Hornets have games postponed due to COVID-19

The San Antonio Spurs and Charlotte Hornets will each have multiple games postponed due to COVID-19 contract tracing, the NBA announced on Tuesday.

The NBA announces that San Antonio’s next three games and Charlotte’s next two have been postponed due to the league’s health and safety protocols: pic.twitter.com/W2yiljTDmt

The postponements come after the San Antonio Spurs have four positive COVID-19 tests, according to ESPN. The Hornets and Spurs played on Sunday night in Charlotte, meaning the Hornets will be undergoing contract tracing as well and have a pair of games postponed.

Charloltte's games against Chicago on Wednesday and Denver on Friday night have been postponed, while San Antonio's next three games -- in Cleveland on Wednesday, at New York on Saturday, and at Indiana on Monday -- have all been postponed as well.