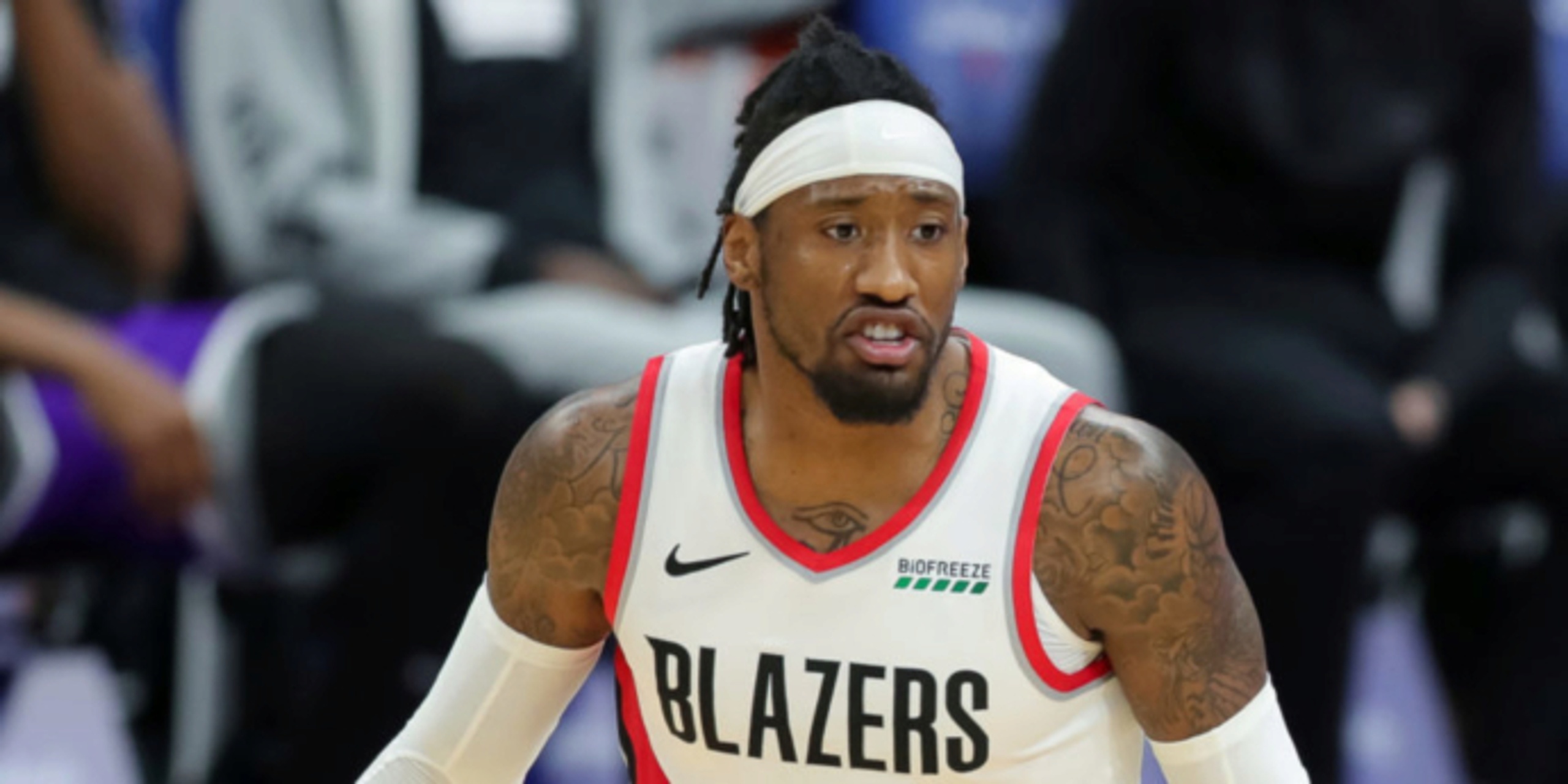 One of the only seasoned NBA veterans who is not an All-Star and is not taking the weekend off is Robert Covington of the Portland Trail Blazers, who is flying 22,600 miles today to be in Atlanta for two things: To compete in the All-Star Skills Competition, and to make a difference for as many HBCU students as possible.

Covington, who attended Tennessee State, an HBCU, is donating $1 million to the school for a new practice facility for the men’s and women’s teams. This weekend, he is providing a $2,500 scholarship in a contest open to all HBCU students for the HBCU Heroes X Verizon Media Get-That-Job-Fest.

What Covington is doing is personal, and that's not to shortchange what the NBA is doing for HBCUs. Through its advertising partners, the league is providing more than $3 million in initial support to the HBCU community through the Thurgood Marshall College Fund (TMCF), UNCF (United Negro College Fund), National Association for Equal Opportunity (NAFEO) and Direct Relief’s Fund for Health Equity.

But with Covington, the connection to HBCU students is going to be more personal. He is not just bestowing money upon organizations that have been thriving for years, he is trying to make personal connections with young students whose career paths are hindered by their lack of connections and knowledge about how to make a perfect first impression upon a prospective employer.

That is where NBA veteran George Lynch comes in.

Lynch, who played for the 76ers, Lakers, Hornets and Grizzlies, is co-founder of HBCU Heroes, an organization Lynch created after coaching at Clark College in Atlanta. There, he witnessed first-hand the day-to-day complexities that minority students encounter as they make their way through college (including many who are the first member of their family to attend college). Some arrive without laptops; others without the interpersonal skills necessary to move from the college campus into a corporation.

The mission Lynch and Covington are signing up for is to empower HBCU students with concrete advice to compete for internships and careers at Verizon Media and its subsidiaries (including AOL, Yahoo News, Yahoo Sports, Yahoo Finance, Yahoo Life & Entertainment, and more), as well as in corporate America.

“I’ll give an example,” Lynch told BasketballNews.com in a phone interview. “If a student suddenly ran into Elton Brand while waiting for an elevator, what could he say to Brand in the next 30 seconds to have a shot at joining the Philadelphia 76ers? Sometimes, you have 30 seconds to change your life, and you have to be prepared to know what to say.”

Preparations are being made for a Zoom call Sunday involving hundreds of HBCU students in the hours leading up to Sunday night’s All-Star game. It is well-documented that many of the league’s top players were not exactly thrilled to have to participate in this year's All-Star Game, but the league is using the weekend as an opportunity to bring attention to the plight of HBCU students. And that is why Covington is flying cross-country from Portland to Atlanta to be a part of it.

“I had to fight my whole life for everything. When I was at Tennessee State, I was driven. I fought even harder in college because I knew I was working my way to the NBA,” said Covington, who's currently in his eighth NBA season and one of the league’s best 3-and-D players.

“TSU helped me realize that dream.”

Tennessee State University, founded in 1912, is located in Nashville and is the only state-funded historically black university in Tennessee. Notable alumni include Oprah Winfrey and Wilma Rudolph.

“While over 60% of HBCU students and low-income, first-generation college students with few (if any) contacts in Fortune 500 companies, a great many excel with exemplary GPAs in difficult disciplines,” said Tracey Pennywell, Lynch’s co-founder. “In fact, 70% of African-American dentists and doctors earn degrees from HBCUs, proving the excellent benefits of an HBCU education.”

One problem is that recruiters do not typically visit HBCUs, which is why Lynch and Covington are putting their plan into place along with Verizon. The goal is to give students tips and tricks to build resumes that get them in the door for a corporate interview, how to polish their personal profiles on sites such as LinkedIn, as well as an introduction to QR codes and tech platforms such as Handshake.

An education is one thing. Interpersonal skills that lead to success in the business world are not so easily taught.

"Our partnership with HBCU Heroes is creating life-changing and robust experiences for HBCU students to level the playing field.  We aim to create a more connected world where everyone can thrive in their careers," said Ramcess Jean-Louis, Vice President of Diversity and Inclusion at Verizon Media.

Covington is partnering with the non-profit to support their HBCU “Get-That-Job-Fest” sponsored by Verizon Media. The exclusive virtual event takes place on Friday, March 12 at 1:00 p.m. ET to assist HBCU students seeking Fortune 500 and big tech jobs and internships. Registration is free, and you can find more info here.

All students who register for the event will be automatically entered to win the Rob Covington HBCU Career Readiness Scholarship of $2,500. The scholarship is to assist students with costs associated with securing internships or jobs including business attire, cameras for virtual interviews, laptops, internet access, and other resources needed, especially during this COVID-imposed virtual period.

For more information on the scholarship contest, visit hbcuheroes.org.