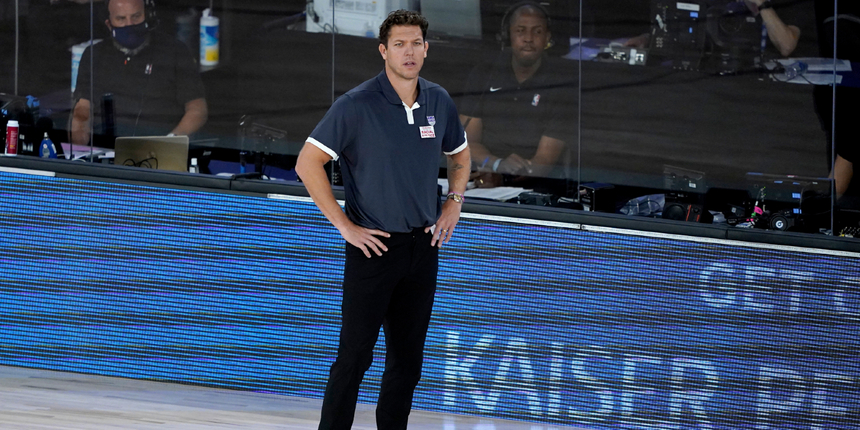 New Sacramento Kings general manager Monte McNair said he is looking forward to working with coach Luke Walton to revive a franchise that has the longest current playoff drought in the NBA.

McNair was hired last week after a long tenure as an executive in Houston to replace Vlade Divac. He backed Walton publicly during his introductory news conference Wednesday.

ANALYSIS: After coaching Sacramento to a 31-41 season record in his first year with the Kings, Luke Walton will at least remain head coach for the coming season. Walton had his ups and downs with the Kings this past season and before the stoppage the Kings were hitting their stride and making a playoff push. With De'Aaron Fox now leading the way for Sacramento and Buddy Hield on board after signing an extension last summer, new general manager Monte McNair faces more pressure to end Sacramento’s postseason drought.