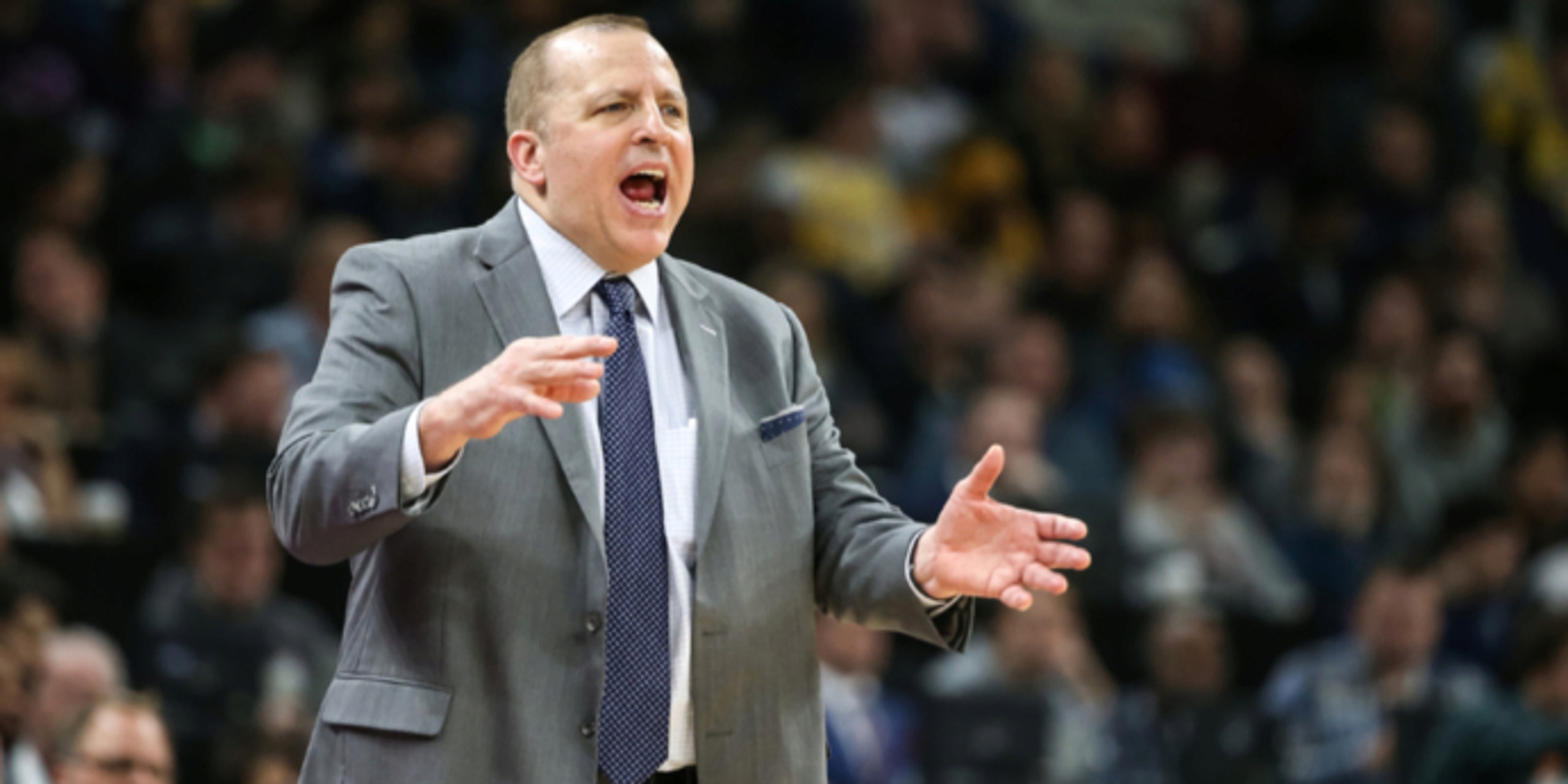 Thibodeau gets first look at Knicks

It didn't take the New York Knicks long to learn what life under Tom Thibodeau will be like.

The team convened Wednesday for its first practice under Thibodeau, who was hired last month, during the voluntary minicamps each of the eight teams that weren't invited to the NBA bubble in Florida are able to conduct in their home markets. And, in typical fashion, Thibodeau's media availability afterward was pushed back multiple times to accommodate a practice that ran longer than scheduled.

"Usually the first day there's teaching that goes on," Thibodeau said with a smile when asked about the delay. "It was a good first day, in terms of what we were able to get accomplished.

ANALYSIS: Tom Thibodeau will look to change the losing culture in New York that has haunted Knicks fans for the past decade. After their first practice, Thibodeau seemed very encouraged in his media availability, but also recognizes that his Knicks team is very young so patience will be key moving forward.

Thibodeau, who is known as one of the hardest working people at his job, was excited to get together with his team for the first time as a lot of eyes will be on what Thibodeau accomplishes with the Knicks in his first year.