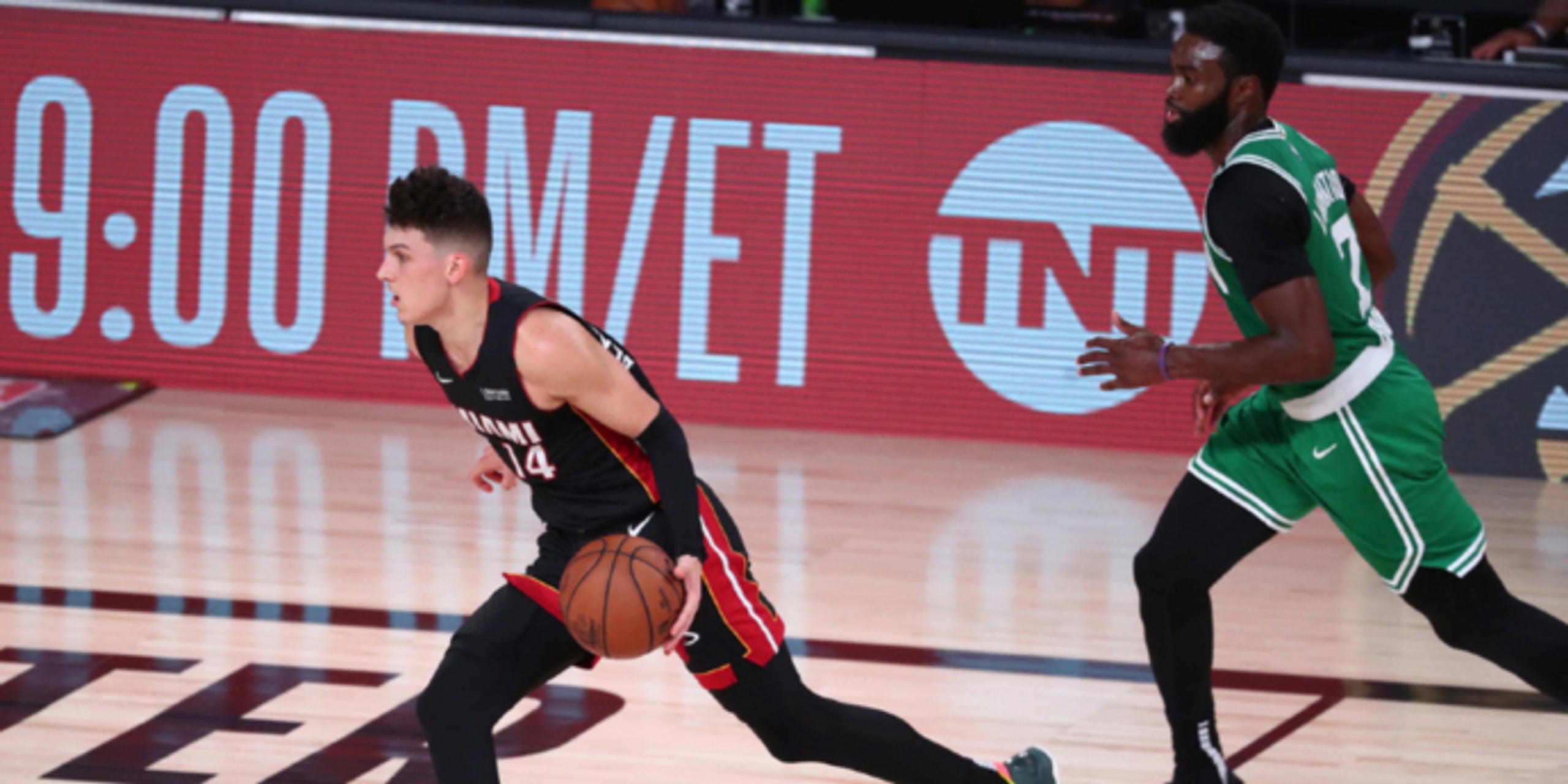 Miami Heat rookie Tyler Herro made his imprint on the Eastern Conference finals Wednesday night, scoring a career-high (and Heat rookie playoff record) 37 points to help his team hold off the Celtics 112-109 and take a 3-1 series lead.

Herro became the second youngest player in NBA history to score 35 or more in a playoff game.

ANALYSIS: Tyler Herro led the Heat to a Game 4 victory over the Celtics to go up 3-1 in the series. Herro was on all game as he shot an excellent 14-21 from the field and 5-10 from downtown. He finished with 37 points, 6 rebounds, and 3 assists. No one could have seen this coming from Tyler Herro, but he proved tonight that he has just as much upside as any other rookies in his class.

Heat legend Dwyane Wade held the previous Heat rookie record for most points scored in an NBA playoff game (27 points), but Herro now holds that record after putting up 37 in Game 4. Boston will try to cool off Herro as the C's seek to avoid elimination on Friday.