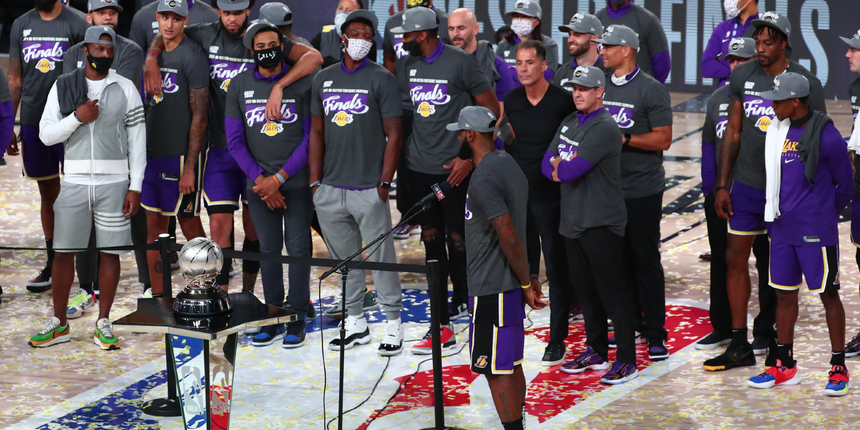 LeBron James is going to a 10th NBA Finals -- and for the first time in a decade, so are the Los Angeles Lakers. James punctuated his 27th career postseason triple-double with a big fourth quarter, powering the Lakers to a 117-107 victory over the Denver Nuggets to win the Western Conference finals in five games.

James finished with 38 points, 16 rebounds and 10 assists to become the fourth player to reach 10 NBA Finals.

ANALYSIS: LeBron James will look to bring home his fourth NBA title and his first with the Lakers this year as Los Angeles moves to 12-3 in the 2020 postseason. James was monstrous in the Lakers close out win over Denver as he made big shot after big shot down the stretch.

LeBron and the Lakers will wait to see the outcome of the Heat/Celtics series so they can begin to prepare for the NBA Finals.