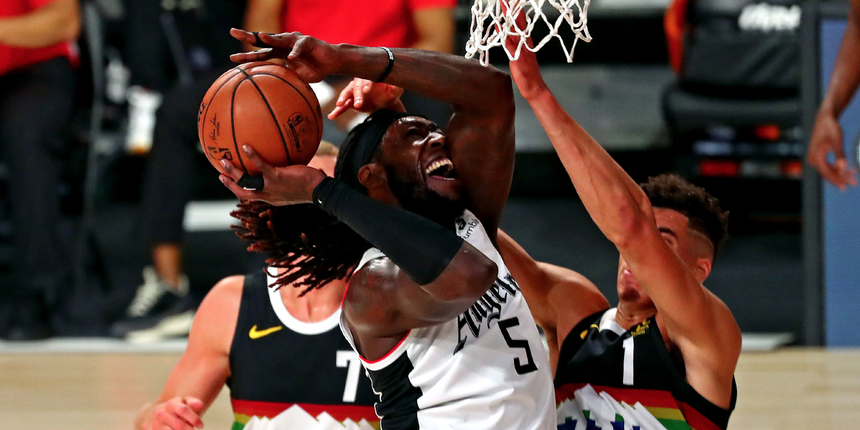 The Los Angeles Clippers, who downed the Dallas Mavericks in Round 1 of the NBA Playoffs before their Round 2 collapse against underdog Denver, might be trying to re-tool the roster. ... and might find it a struggle to hold onto the unrestricted free agents about to hit the market.

Unrestricted free agents like power forward Montrezl Harrell. According to Shams Charania of The Athletic, the Clippers and Harrell share a "mutual interest" in re-joining forces next season. And there is sense to that. Harrell, 26, is a 6-foot-8 big forward who plays on both ends of the floor, and who during the regular season averaged 18.6 points and 7.1 rebounds.

ANALYSIS: One of the Clippers' main priorities this offseason is re-signing Harrell, who won the NBA's Sixth Man of the Year award this season. That may be easier said than done, considering the Clippers' cap situation and the fact that Harrell will be highly coveted. Add the Dallas Mavericks to the list of teams that would love to add the big man, who has cemented himself as an impact player in the league.

Montrezl makes a lot of sense for the Mavericks, as they are looking to add some toughness and improve their defense this offseason. He would also bring a ton of energy, while also providing Luka Doncic with another weapon on the court.