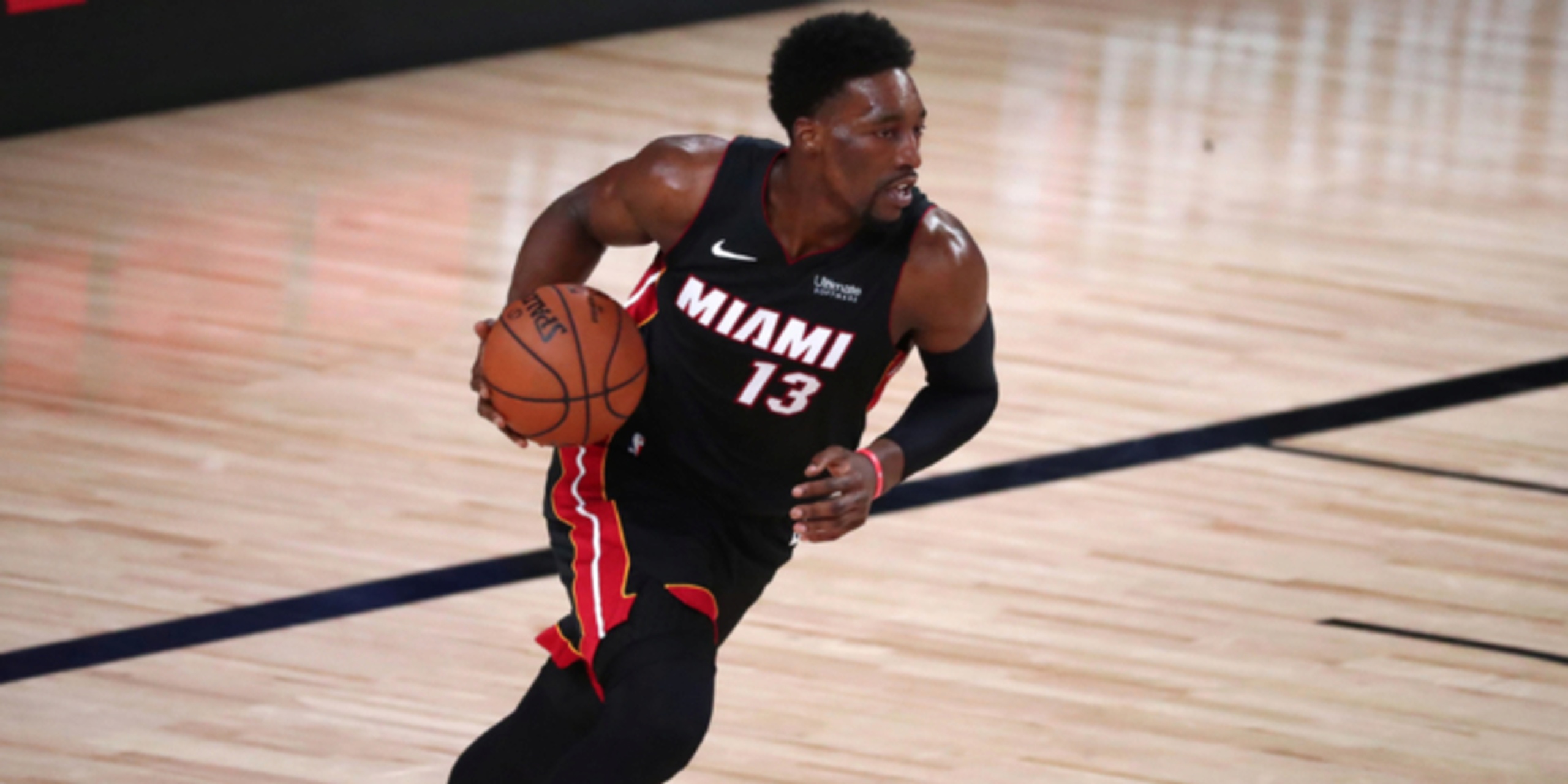 Update: Heat All-Star Bam Adebayo has been diagnosed with a neck strain after an MRI, team says. Miami has listed Adebayo as doubtful for Game 2 of NBA Finals vs. Lakers.

Update: Source says Bam Adebayo intends to play Friday in Game 2. There will be a lot of treatment in his future Thursday.

Original Report: Bam Adebayo has suffered a "shoulder strain" per Rachel Nichols and will not return.

ANALYSIS: The Heat got hit hard with the injury bug in Game 1 of the Finals as they saw Butler, Dragic, and Adebayo all go down. Fortunately, Butler was able to stay in the game, but Dragic and Adebayo both left the game and did not return.

Adebayo's injury is now confirmed as a 'neck strain' after undergoing an MRI. Reports surfaced yesterday that Bam was going to play Game 2 on Friday, but now Adebayo's status seems to be up in the air as he is listed doubtful for that game. Updates should be provided tomorrow.