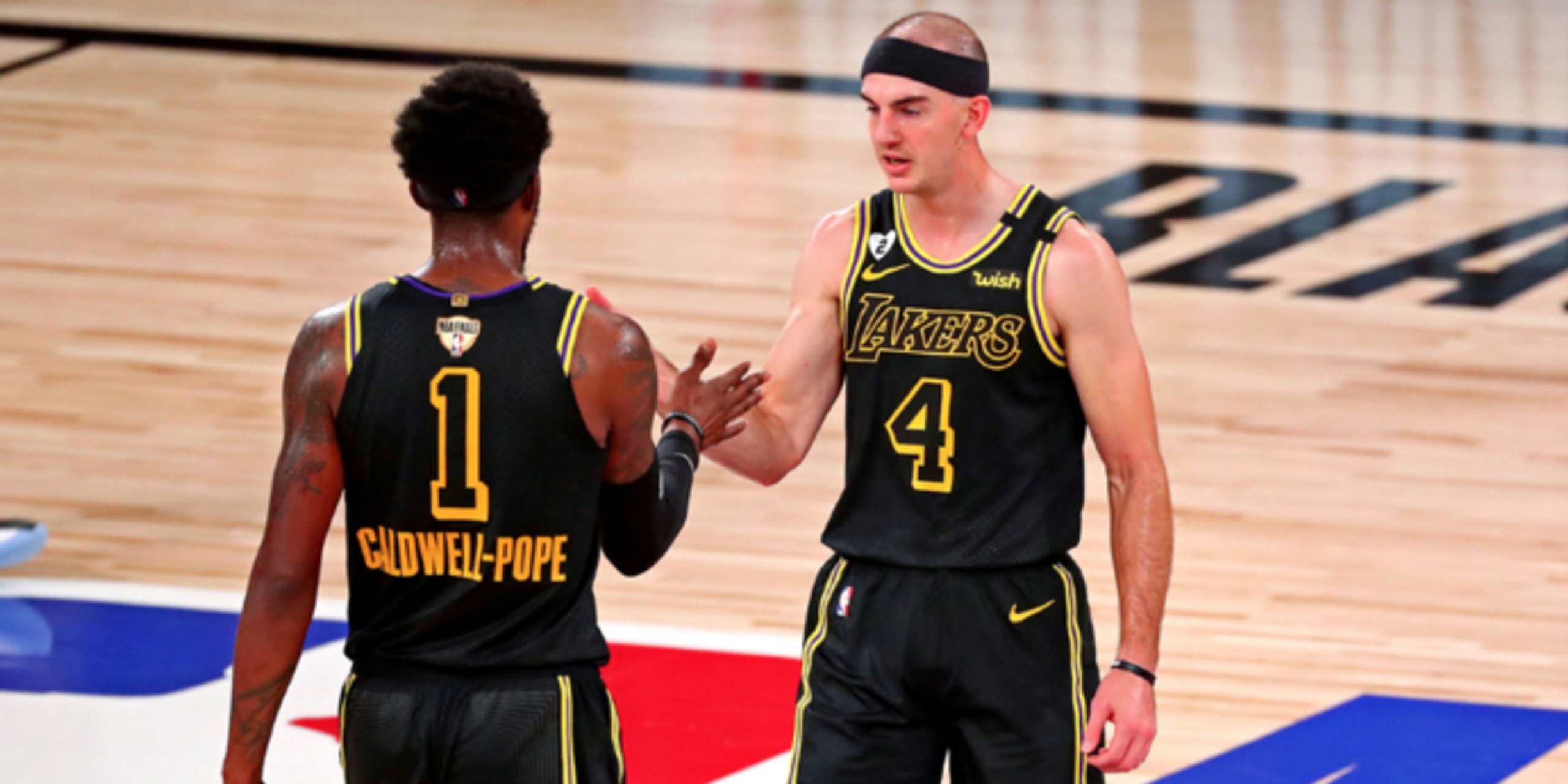 Lakers to start Alex Caruso in place of Howard

Source: Shams Charania of The Athletic and Stadium (Twitter)

ANALYSIS: With Dwight Howard's recent struggles in the starting lineup, head coach Frank Vogel will look to change things up as the Lakers try to close the series out tonight. Caruso has been a key piece off the bench for the Lakers all season and will now look to bring his high-energy play into the starting lineup.

Caruso's stats don't wow you at first glance, but his ability to make winning plays when he's on the court could be a reason why Vogel made this change.