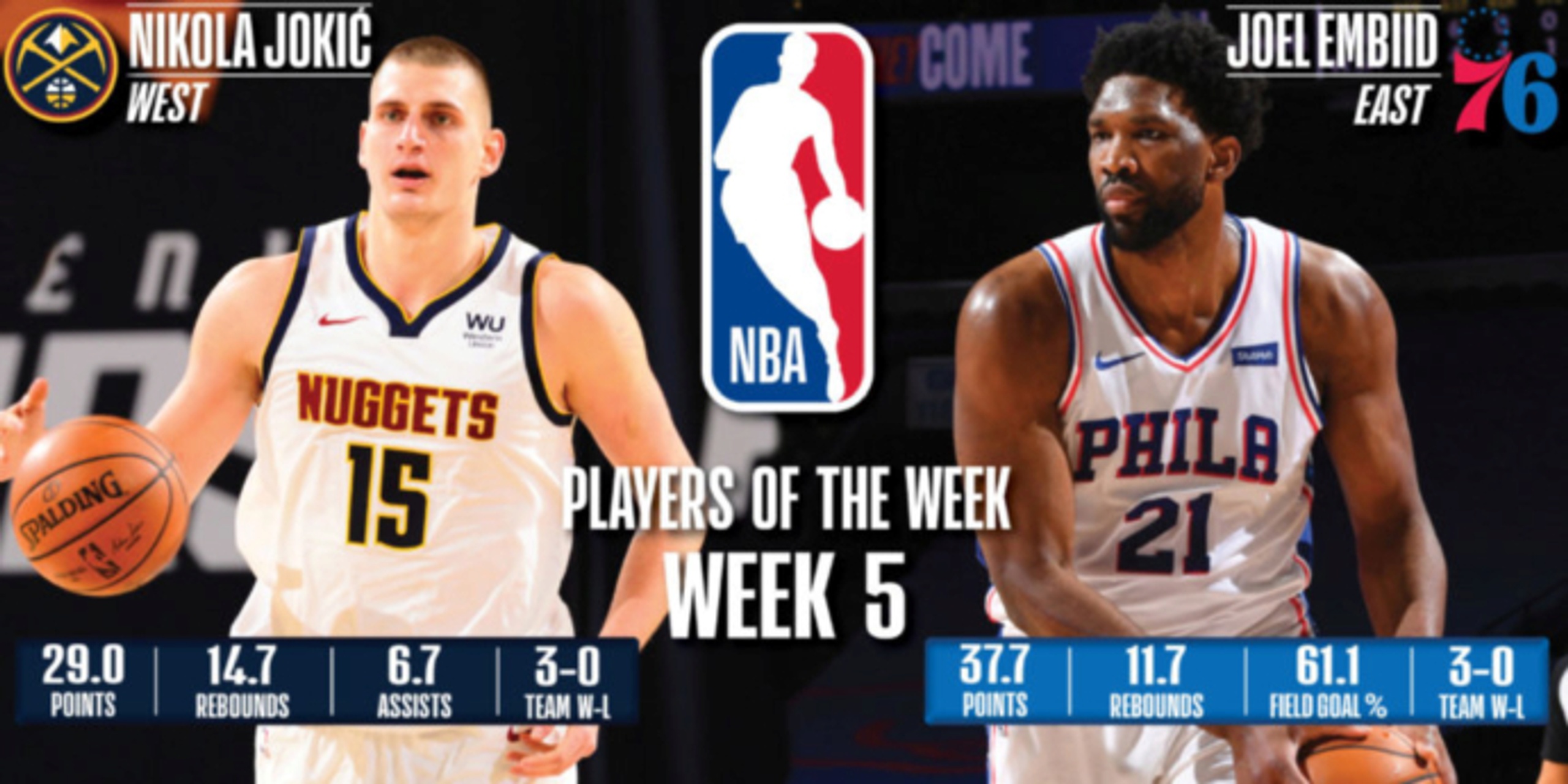 The NBA announced its Player of the Week in each conference for Jan. 18 to Jan. 24 on Monday afternoon. This go-round, it was all about big-man ball.

Joel Embiid was absolutely dominant in his three-game stretch for the Philadelphia 76ers, taking home the Eastern Conference-half of the award due to his 37.7 points and 11.7 rebounds on 61 percent from the field. The Boston Celtics had no answers for "The Process" in either game they played him this week. Maybe the scariest part of this whole thing is the 53 free-throw attempts he had in this stretch of games.

Denver Nuggets superstar Nikola Jokic earned the West's half of Player of the Week, and for good reason. At one game below .500, the Nuggets needed a string of bounceback games, and Jokic did everything in his power to give it to them. The 6-foot-11 Serbian averaged 29 points, 14.7 rebounds and 6.7 assists per night with his team going perfect on the week. As always, Jokic did it with his scoring and playmaking, but he registered a season-high 22 rebounds in Denver's latest win over the Phoenix Suns.