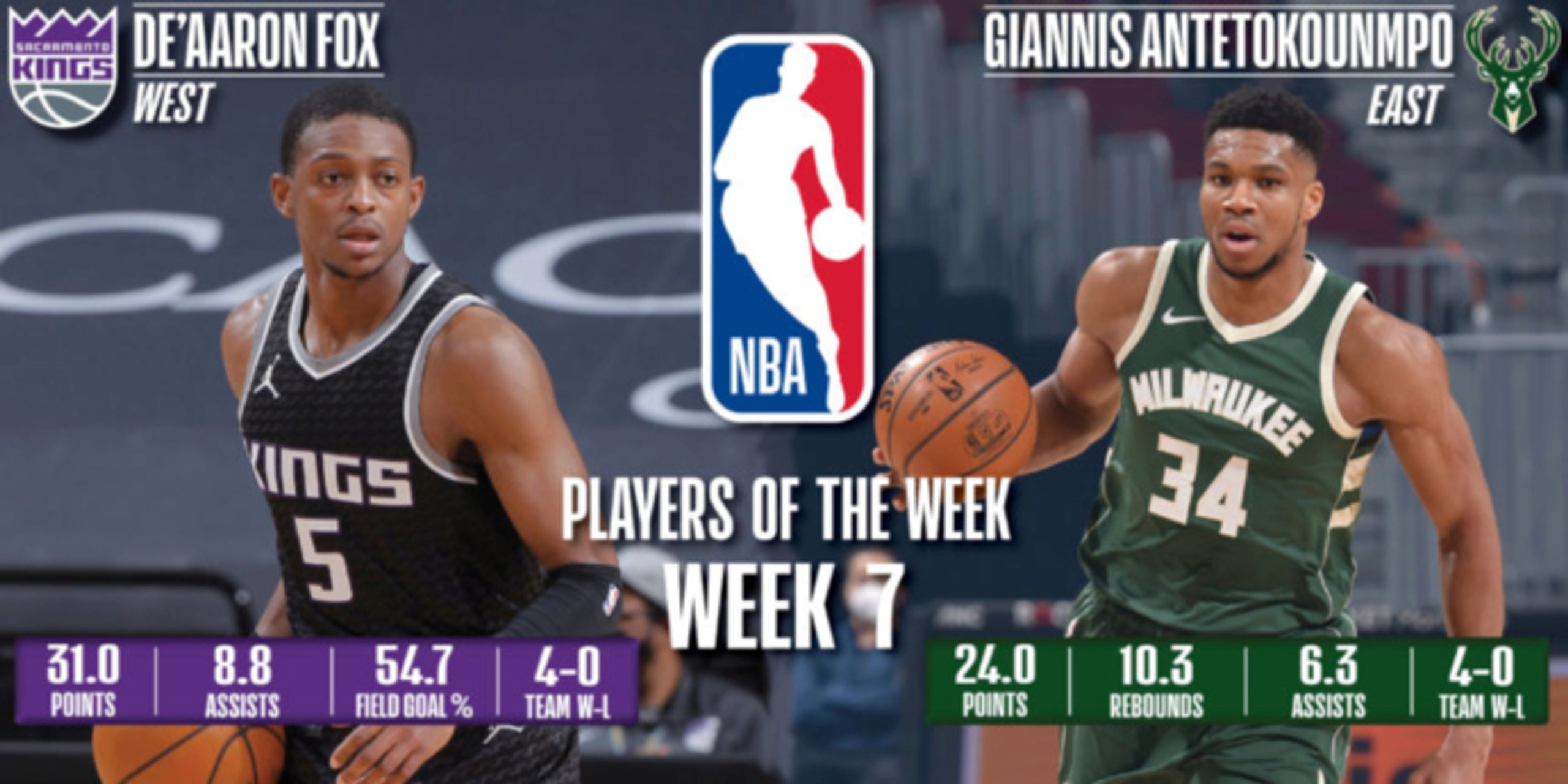 The NBA announced its Player of the Week honors for the week of Feb. 1 through Feb. 7 on Monday afternoon, rewarding two players who each led their respective teams to perfect 4-0 records.

For the first time in his career, De'Aaron Fox deservedly took home honors for the Western Conference, as the Sacramento Kings are all of a sudden 12-11 and back in the playoff picture following a less-than-ideal start. Fox averaged 31 points and dished out 8.8 assists per night while knocking down 55 percent of his field goals.

Fox's refusal to back down from the big moment has been impressive. Each of the Kings' wins over this stretch has been by single digits (over opponents like the Nuggets, Celtics and Clippers!), with Fox delivering the exclamation point in each victory.

In the Eastern Conference, Giannis Antetokounmpo represented the Milwaukee Bucks by doing what the Greek Freak does. He averaged a ho-hum 24 points, 10.3 rebounds and 6.3 assists per game this past week.

If there's anything that you want to call a constant, it's Giannis in the paint. Who the hell can stop this guy when he has a head of steam? Nevermind that, just try to contain him inside (if it's possible).