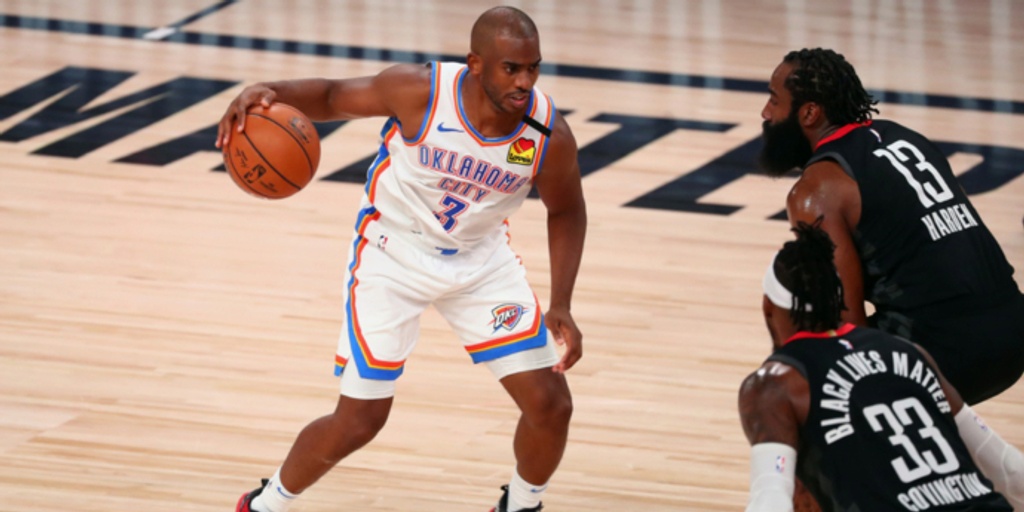 ANALYSIS: The NBA's transaction period is underway! Get ready for several weeks of big trades, signings and picks! This is a win-now move for the Suns, who went undefeated during the seeding games in the bubble and hope to become a contender in the Western Conference.

Phoenix pairs Chris Paul in the backcourt with Devin Booker, which should give Phoenix a shot at making the playoffs for the first time since the 2009-10 season. Last offseason, Paul was traded to the Oklahoma City Thunder and everyone wrote them off, but Paul was able to lead OKC to a playoff berth by averaging 17.6 points, 6.7 assists, 5.0 rebounds, 1.6 steals and 1.6 threes while shooting 48.9 percent from the field and 36.5 percent from deep. Paul emerged as an All-Star again last season, and he showed that he can still play at a high level. He will also help the young Suns from a leadership perspective, as they try to build a winning culture going forward.

For the Thunder, they get Paul's massive contract off their books (he is owed $41,358,814 next season and has a $44,211,146 player option for 2021-22). OKC is clearly rebuilding and they have been trying to cash in their veteran assets for young talent and draft picks since last offseason, when they acquired a ton of first-round picks in exchange for Russell Westbrook and Paul George. OKC also traded Dennis Schroder to the L.A. Lakers for a first-round pick (and Danny Green) yesterday. It remains to be seen if the Thunder will keep players like Oubre and Rubio, or if they'll look to flip them in subsequent deals.