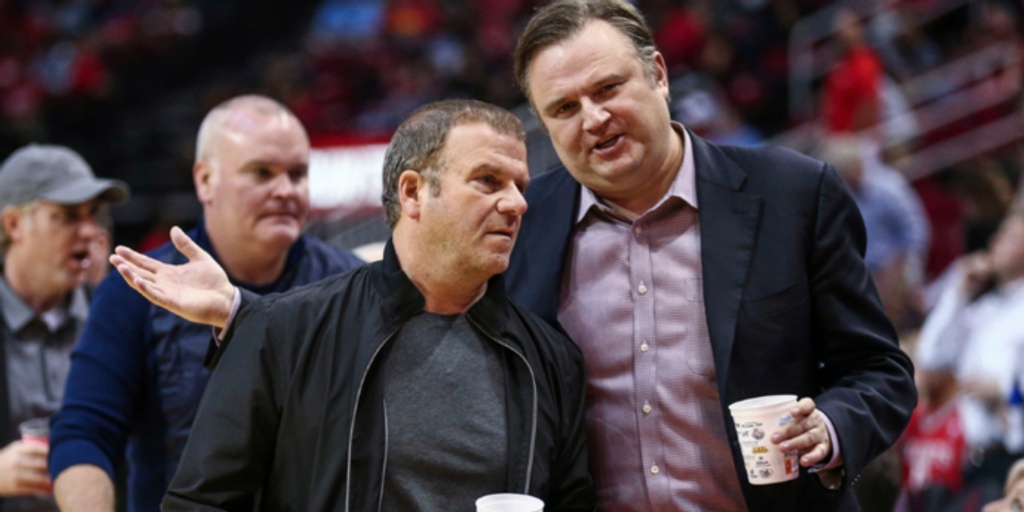 Sixers' Morey: 'Goal is to win a championship'

Daryl Morey, speaking Monday for the first time as president of basketball operations of the Philadelphia 76ers, expressed excitement about the championship potential of a roster built around All-Stars Joel Embiid and Ben Simmons.

"My goal is to win a championship, so whatever gets us there is what we'll do," Morey said during a virtual news conference officially announcing his hiring. "But I would say to have two star-plus players in 24 and 26 years old, that is why I couldn't get Doc Rivers to come interview in Houston.

ANALYSIS: Daryl Morey who abruptly stepped down from his position as general manager for the Houston Rockets, was officially introduced to Philadelphia this morning as president of basketball operations. Morey expressed much excitement when talking about the star-studded duo of Ben Simmons and Joel Embiid. And with Doc Rivers as head coach now, it should be no surprise that the Sixers have championship aspirations.