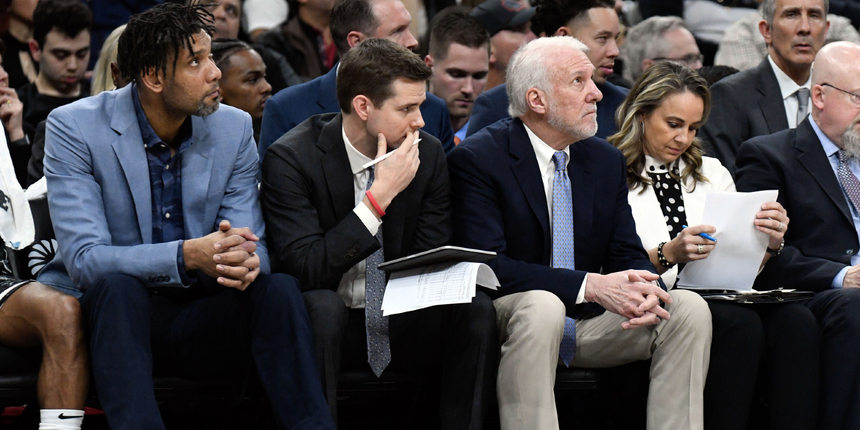 Spurs assistant Will Hardy and Thunder assistant Brian Keefe are among the candidates for the Thunder’s head coaching job, sources said.

ANALYSIS: There has not been much noise from OKC regarding their head coaching vacancy, but it seems they will now start to make some progress towards signing a head coach. Will Hardy started his career as a basketball operations intern with the Spurs in 2010 and worked himself up to an assistant coach for San Antonio years later. Brian Keefe, on the other hand, was an assistant with the Lakers from 2016-2019 and is seeking his first head coaching opportunity as he served as Billy Donovan's assistant this year.

The Thunder reportedly have a short-list of candidates that they will interview and Hardy and Keefe seem to be atop that list.