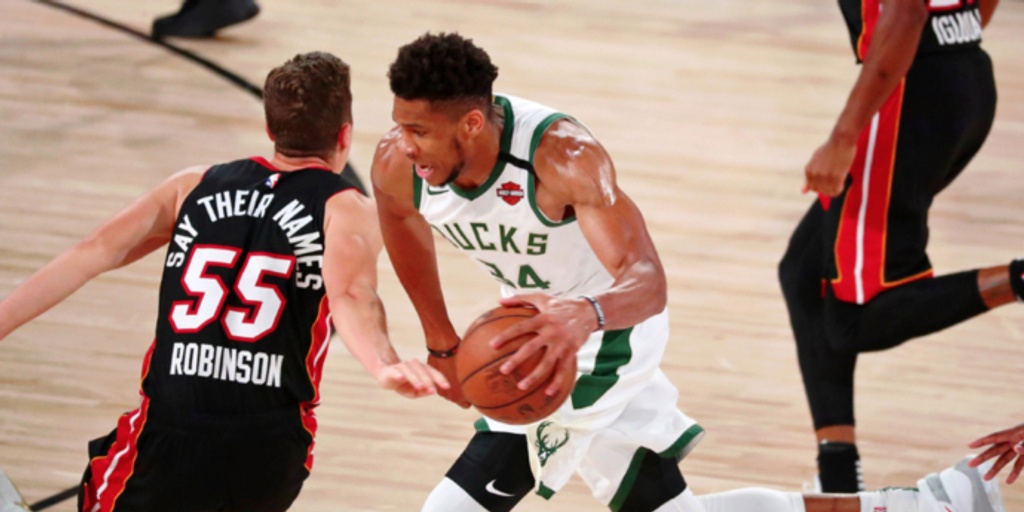 Giannis on potential contract extension: 'I am not focused on that'

Giannis Antetokounmpo, when asked about his contract, says: "Right now, I am not focused on that. I am just trying to focus on myself."

He adds that he is leaving those discussions to his agent, Alex Saratsis, and the front office.

ANALYSIS: Antetokounmpo has until December 21st to sign his supermax extension that would pay him upwards of $233.45M over five years. Milwaukee had been confident that Giannis would sign his extension with the team before the deadline, but now it seems that a contract extension isn't Antetokounmpo's number one priority. Giannis has made it known he wants to win and contend for a championship, so he could defer to sign his supermax and wait to see how the Bucks do this season before making a decision on his future.