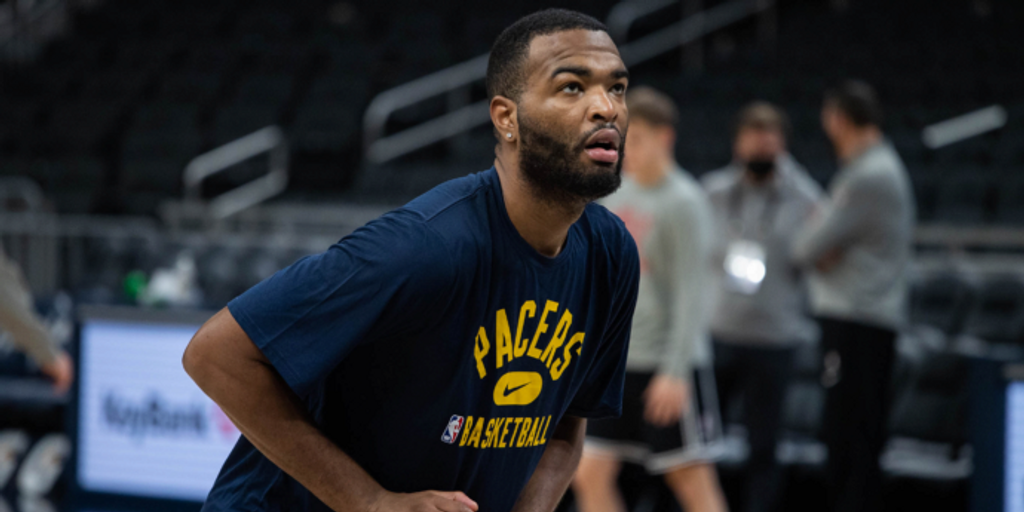 Why the Nets taking a flyer on T.J. Warren is intriguing

The Brooklyn Nets have made a move concerning a three-level scorer who can play either forward spot.

It isn't Kevin Durant, much to the chagrin of slop merchants waiting on a seismic shift in the NBA. Instead, former Indiana Pacers wing T.J. Warren is taking his talents to Brooklyn, agreeing to a one-year deal with the Nets, per ESPN's Adrian Wojnarowski.

We haven't seen much of Warren lately. He logged just four games during the 2020-21 season with the Pacers before being shut down with a stress fracture in his foot. That recovery also held him out of the 2021-22 campaign.

The last time we saw Warren fully healthy was in 2019-20 — a breakout campaign that saw him average a career-best 19.8 points while converting 57.5% of his twos and 40.3% of his threes. Since 2010, only six other players have averaged over 19 points while hitting those efficiency marks from two and three with that volume: Stephen Curry, LeBron James, current teammate Durant, Karl-Anthony Towns, John Collins and Michael Porter Jr. (Zion Williamson's 2019-20 campaign could've made the list, but he didn't even average a full attempt from three [0.6].)

That type of three-level scoring is hard to find. Warren has long been a tremendous finisher — a career 71.1% conversion rate inside of three feet — and an able bucket-getter in the mid-range. His combination of strength, touch and footwork have made him difficult to deal with.

It helps that Warren can be used in a multitude of ways. He ranked in the 60th percentile or better in eight different categories on Synergy during that 2019-20 season: spot up, transition, pick-and-roll ball handler, off screen, cut, hand off, offensive rebounds (putbacks) and miscellaneous.

That ain't bad. The film ain't either.

The three-point shooting is what's relatively new in Warren's arsenal. After taking 279 threes in his first four seasons, he took 406 in the following two seasons — knocking those down at a 41.4% clip. It stinks that he had a two-year heater from deep, then had his career halted by injury.

While it would be irresponsible to expect the 2019-20 version of Warren off of this prolonged layoff, his physical style of play should be a welcome addition in Brooklyn. The Nets ranked 29th in drives per game (37.8) and 23rd in rim rate. Having someone like Warren who can attack closeouts and bully his way inside should help.

For the Nets, this is an interesting flier regardless of what happens with the Durant situation. Warren can either serve as depth behind the MVP candidate, or someone who can play off him due to his improved shooting and closeout-attacking ability. If Durant is flipped, there should be plenty of usage for Warren to eat in order to work himself back.