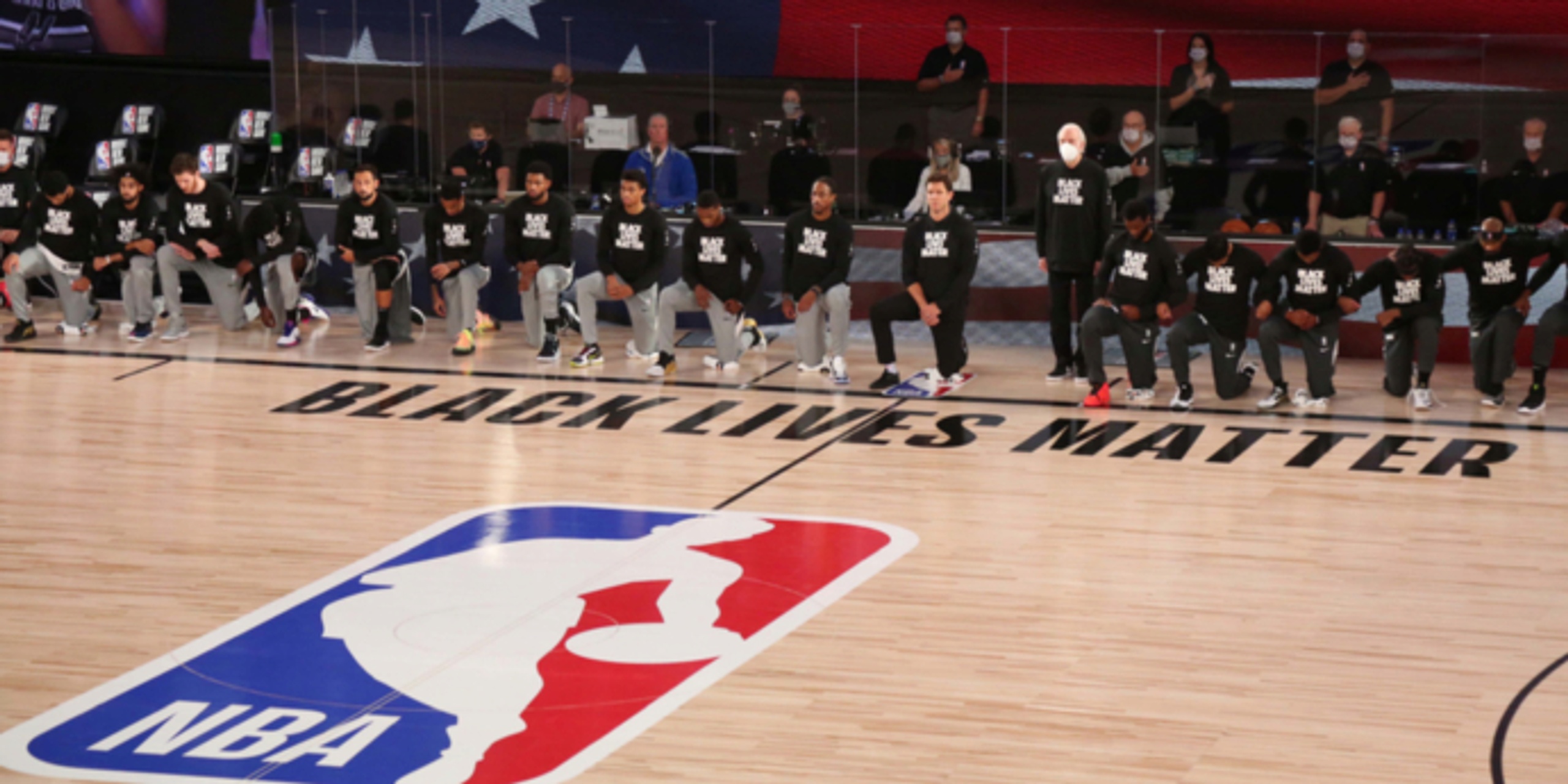 Ethan Fuller
Nov 23 2020 5:03PM UTC



According to a statement released by the NBPA:
A delegation from the National Basketball Players Association (NBPA) met with Pope Francis at the Vatican earlier today. The meeting, held at the papal library of the Apostolic Palace, provided an opportunity for the Players to discuss their individual and collective efforts addressing social and economic injustice and inequality occurring in their communities.

The NBPA’s group included five players, each of whom has been active in their own pursuits of various social justice initiatives. The players were:
NBPA Executive Director Michele Roberts also attended the meeting together with Sherrie Deans, Executive Director of the NBPA Foundation and Matteo Zuretti, the NBPA’s Chief of International Relations.
“We are extremely honored to have had this opportunity to come to the Vatican and share our experiences with Pope Francis,” said Kyle Korver. “His openness and eagerness to discuss these issues was inspiring and a reminder that our work has had a global impact and must continue moving forward.”

“Today’s meeting was an incredible experience,” said Anthony Tolliver. “With the Pope’s support and blessing, we are excited to head into this next season reinvigorated to keep pushing for change and bringing our communities together.”

“This meeting validates the power of our Players’ voices,” said Michele Roberts, Executive Director of the NBPA. “That one of the most influential leaders in the world sought to have a conversation with them demonstrates the influence of their platforms. I remain inspired by our Players’ continued commitment to serve and support our community.”
MORE:
NBA News

Dario Saric agrees to return to Phoenix on three-year deal
Early winners and losers of NBA free-agency weekend

Featured News

Chet Holmgren shines in Salt Lake City Summer League debut
7h
How Deandre Ayton holds the key to the Suns acquiring Kevin Durant
14h
Nikola Jovic scores 25, Heat beat Warriors at California Classic
7h
Why the Nets taking a flyer on T.J. Warren is intriguing
17h
Could Danilo Gallinari hold a cure-all for the Boston Celtics' offense?
20h
How does Malcolm Brogdon fit with the Boston Celtics?
2 days
David Aldridge, Marc Spears, Etan Thomas on Kyrie Irving's demonization
2 days
Examining how Rudy Gobert fits with the Minnesota Timberwolves
3 days
Why Kevin Durant's attraction to the Suns should come as no surprise
4 days
Subscribe to our newsletter
SUBSCRIBE
Follow Us



Basketball News
Home
Podcasts
Scores
Draft
Stats
News
Charts
Contact
Contact Us
Advertise With Us
Terms Of Use
Privacy Policy
Do Not Sell My Personal Information
Cookie Policy
Download Our App!
Stay up-to-date on all things NBA
Copyright © BasketballNews.com 2020. All Rights Reserved.
