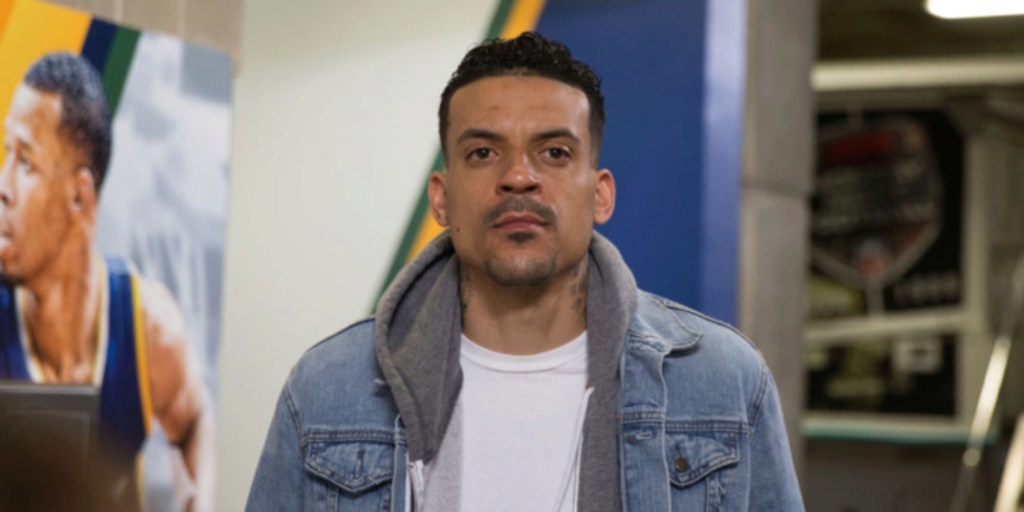 Since Matt Barnes retired from the NBA following the 2017 NBA Finals, he's engulfed himself in a very impressive media career. He's spent time as a panelist on ESPN's "The Jump," but more notably hosts his own podcast, "All The Smoke." alongside former NBA player Stephen Jackson.

Last week, Barnes joined our own "The Rematch" with Etan Thomas to talk about his life after basketball. The pair discussed a number of topics, including his off-court endeavors, his involvement on social-justice issues and, of course, what his life is like now that he's part of the media.

After being in the NBA for 14 seasons, it's been a nice second career for Barnes.

“As athletes, we always thought there was some sort of motive. There was a handful of people that you kind of trusted, but for the most part, you had to watch yourself with the media,” Barnes said. "That’s something Jack and I are trying to change, obviously. We’ve experienced pretty much everything that our guests have experienced and that gives us an easier intro and a different approach [to interviews], which allows most of our guests to really let their wall down and feel comfortable speaking to us.”

Of course, just like when he was on the court, Barnes is going to have people who aren't fans of the work that he's doing. When asked how he responds to the hate, he shrugged it off.

“I just smile, you know what I mean? Because the hatred was similar to what I got when I played, and you know that you’re never going to be able to make everyone happy,” Barnes told Thomas. “But my whole goal with ‘All The Smoke’ was to humanize our guest. Rest in peace Kobe, but you know Kobe’s greatness; you know [the greatness of] KG, Steph, KD. You know what all these guys are great for, but I wanted to be able to strip that down and show how that process came about -- what turns they made or what obstacles they overcame to become as great as they are at their craft. I think because of myself and Jack’s track record -- obviously a spotted track record, to say the least -- but [we've] always been real. We’ve got into some trouble, we’ve owned up to it, and if we needed to apologize, we apologized. But we just always handled ourselves in the realest type way. So, I think when we get our guests, they understand that we’re not here for clickbait, we’re not here to start trouble. We really just want to be able to have an in-depth conversation. And it was never a situation where I just wanted to put a mic in someone’s face; I don’t want that type of interview. I want it to be a kickback atmosphere like we’re at the house medicating or having a drink and just having a good conversation and I think that’s what we’ve been able to do because of the realness that Jack and I always approached life with and the game with. People respect that and they feel like they can be comfortable with us.

"I forgot the guy’s name, Phil something from the New York Post that just wrote a horrible article about me and Jack. Like, horrible. I’m just like, ‘You’re mad because you’ve been in this space for 30-plus years and, at the time, we hadn’t even done 'All The Smoke' for a year but our resume already far exceeded anything he's ever done.’ To me, how I used that [criticism] for fuel as a player, I use that for fuel as media now. It’s crazy that we call ourselves media now. Because I never thought, me, media? You know what I mean? But I like seeing people like me, you, the Knuckleheads and all of these other former players that are in this space. We’ve always allowed other people to tell our stories. We’ve always just been the talent. [It’s always been], ‘You go score touchdowns or dunk or shoot threes or hit home runs or run [for] world records in track and let these white people tell our stories.’ But we’re intelligent enough now and can hold a conversation long enough and paint a picture well enough now to tell our own story. And again, that’s a little bit of that power slippage that they’re starting to see from mainstream media where they’re like, ‘What are these athletes doing, coming in here and doing our job? And in some cases, doing our job better.’”

You can watch the full episode of "The Rematch" below.