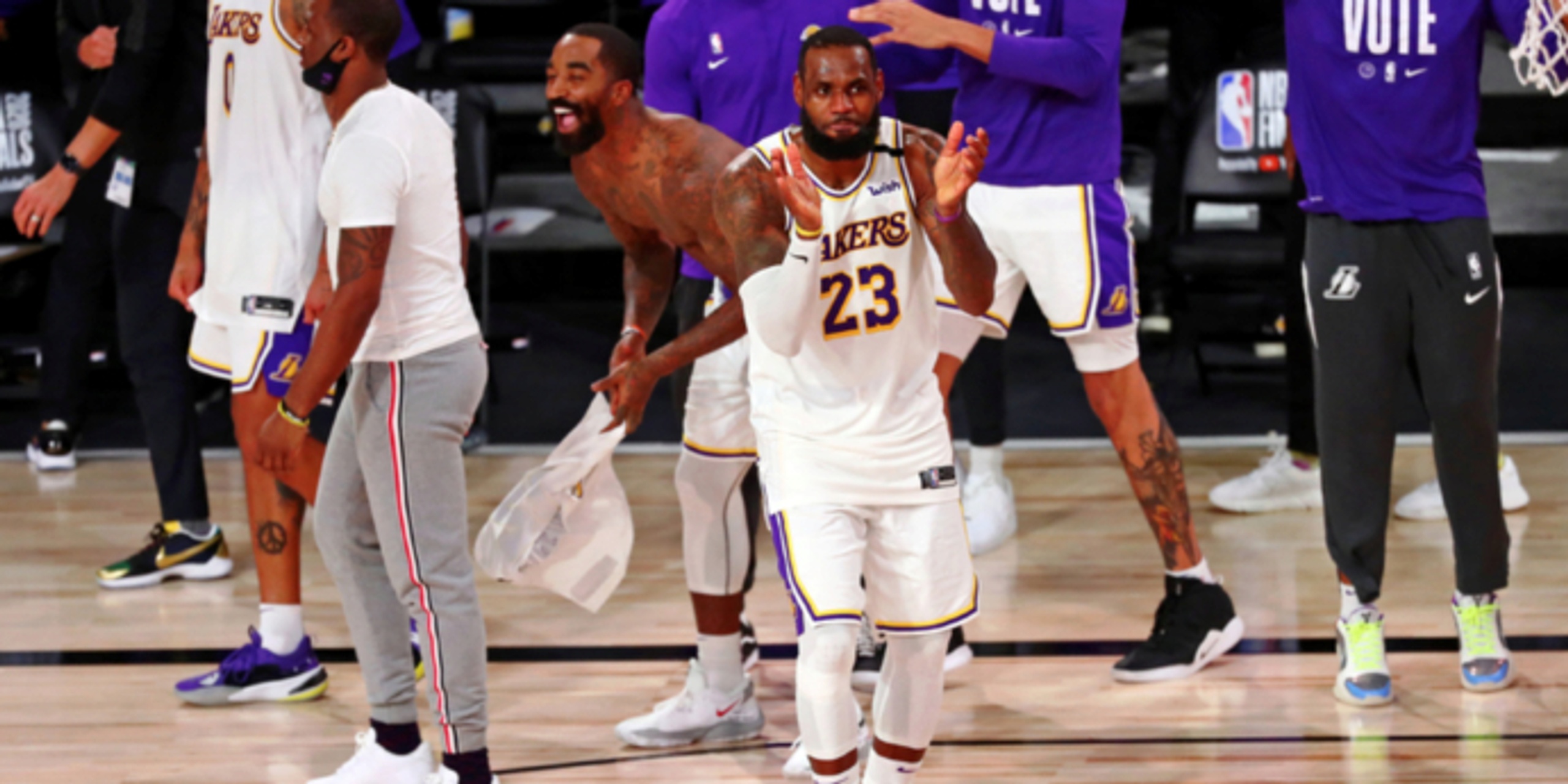 LeBron James appeared as a guest on the Road Trippin' podcast with Richard Jefferson, Channing Frye and Allie Clifton, and went on to address Irving's comments -- in which Irving praised Durant as the first teammate he could trust as much as he trusts himself to take the last shot of the game.

"I was a little like, 'Damn.' Once I got the whole transcript, I was like, 'Damn,'" James said, adding that he made sure to read Irving's full comments before reacting to them. "I wasn't like, 'Oh, you trippin'. I've hit game-winning shots my whole life.' I was not like that. I was like, 'Damn.' Because ... I played with Kyrie for three seasons [with the Cleveland Cavaliers]. The whole time when I was there, I only wanted to see him be a MVP of our league. I only cared about his success. And it just didn't align. It just didn't align. And we were able to win a championship. That's the craziest thing. We were still able to win a championship, and we could never align. But I only cared about his well-being, both on and off the floor.

"And it kind of hurt me a little bit."

ANALYSIS: LeBron James and Kyrie Irving were teammates for three seasons in Cleveland and the duo led the Cavs to the finals every season, securing one championship. Irving abruptly requested a trade from the Cavaliers after the 2016-2017 season while James went on to play one more year for Cleveland. Questions regarding LeBron and Kyrie’s relationship were raised after Kyrie’s departure, but LeBron never shined much light to it. Now after hearing Irving’s comments on who he trusts in late game situations, James admitted that he was hurt because he ‘only’ cared about Kyrie’s success when they were teammates.

Irving went on to say he was not taking any shots at James with his comments.