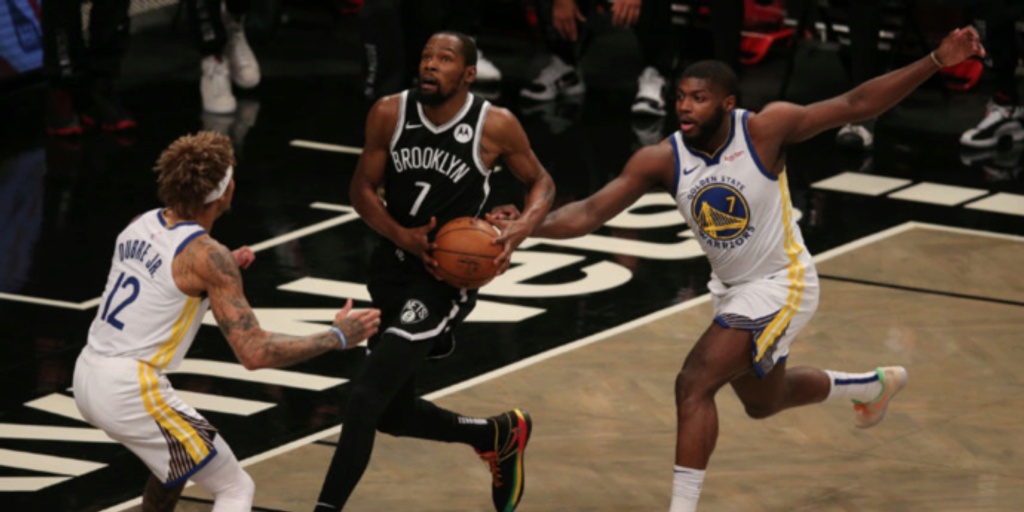 Brooklyn's Kevin Durant will sit out tonight vs. the Grizzlies.

ANALYSIS: Kevin Durant will be rested for Monday's game against the Grizzlies as it is the second night of a back-to-back for the Nets. Brooklyn left the door open for Durant to play both halves of the back-to-back, but the Nets will err on the side of caution and hold him out of Monday's game. Durant remains hopeful he will be able to play back-to-backs as the season progresses.