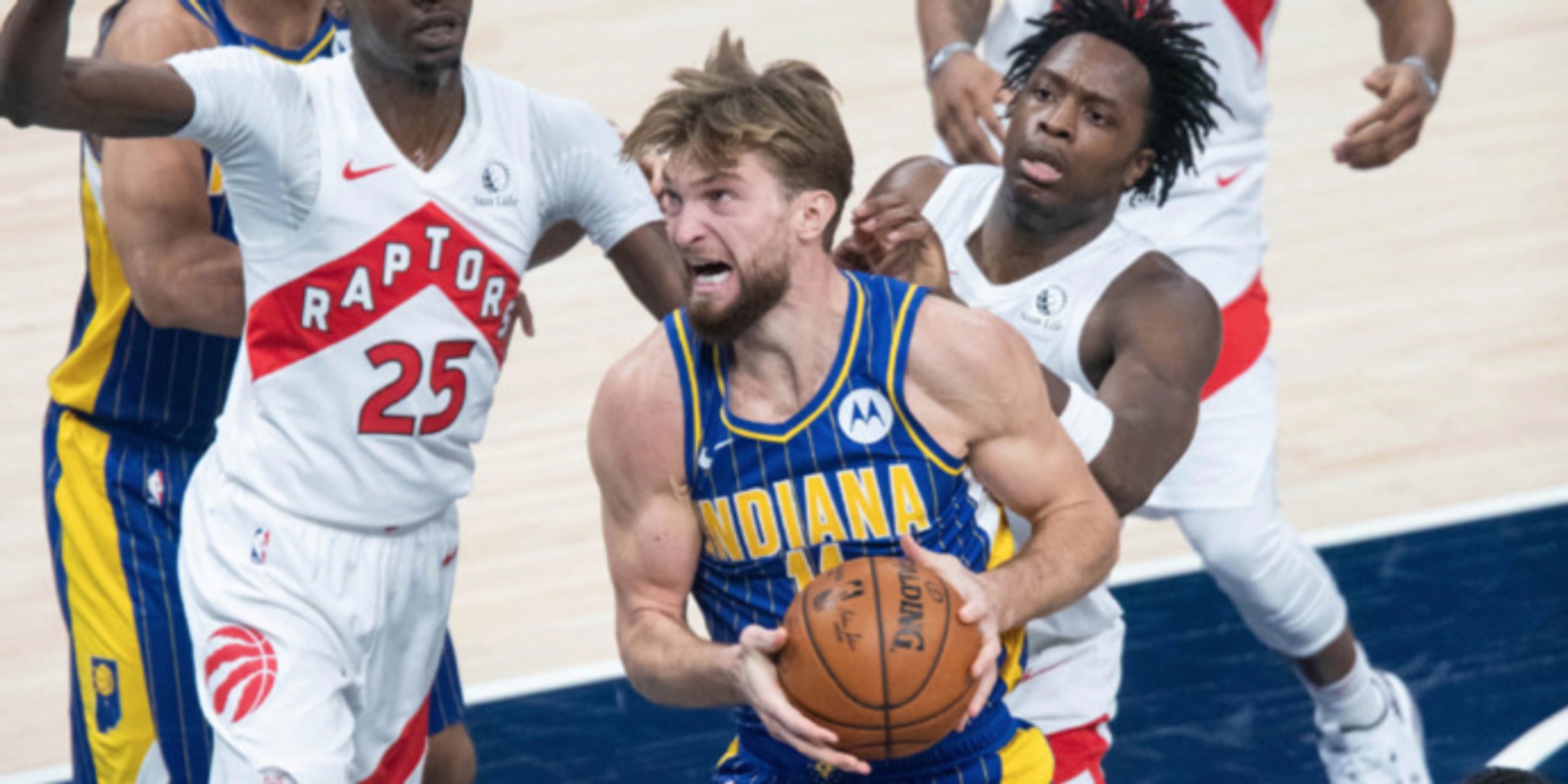 ANALYSIS: Domantas Sabonis left Monday's game vs the Raptors after colliding with Toronto's Kyle Lowry in the first half. Sabonis was initially listed as questionable to return but the team ruled him out shortly after being taken back to the locker room. Although the initial x-ray showed no structural damage, the Pacers will confirm the severity of the injury during tomorrow's scheduled MRI.

Sabonis is currently having a career year with averages of 20.9 points, 12.9 rebounds and 5.8 assists in 38 minutes per game. Sabonis does a little bit of everything for Indiana and will hopefully be back on the court soon for the Pacers.