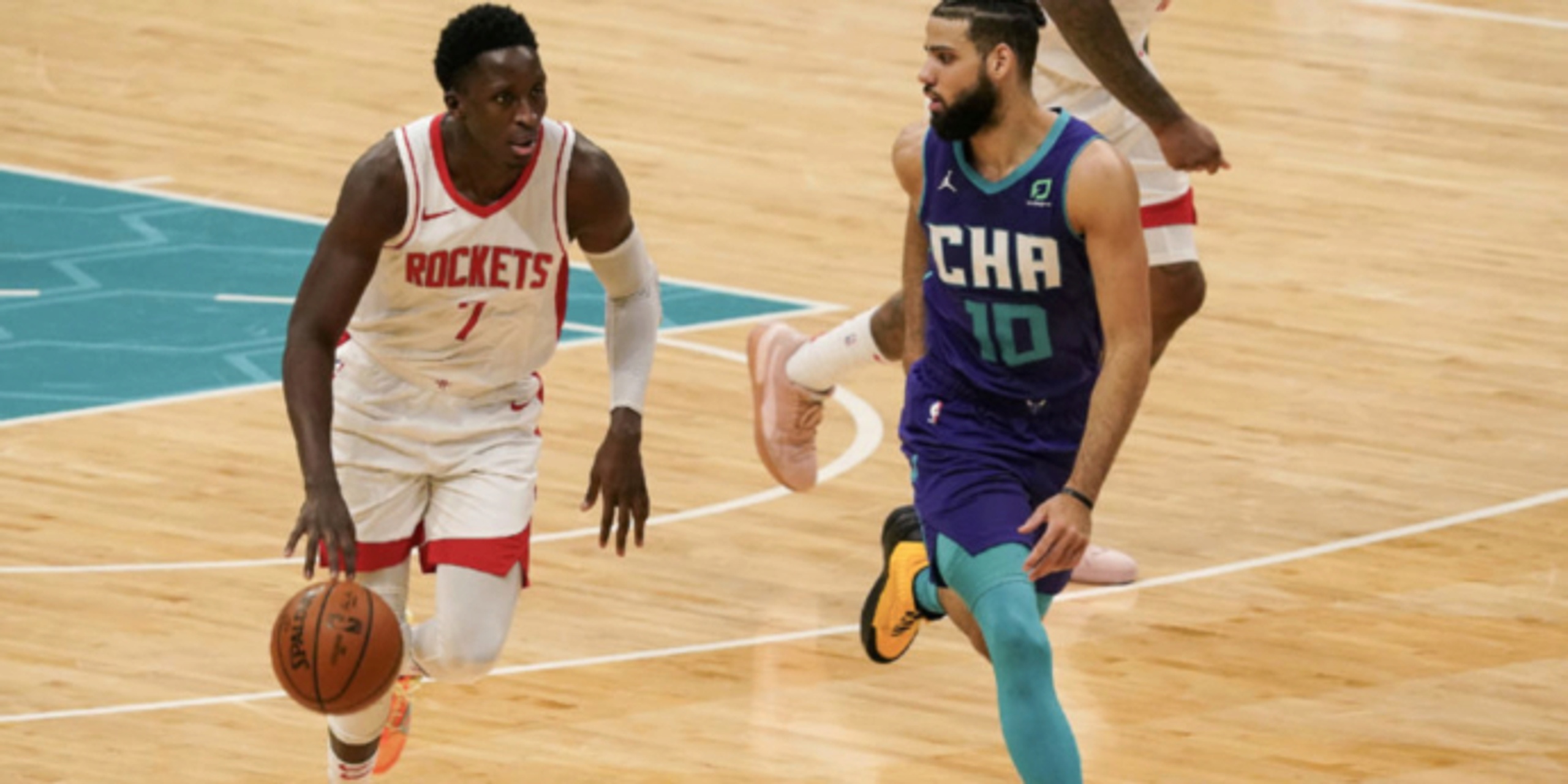 Rockets are hopeful of a Victor Oladipo return as early as Monday vs Chicago.

ANALYSIS: Oladipo, who has missed the team's previous three games, which does not include tonight's postponed game vs. Dallas (weather), took part in individual workouts today and seems to be on the right track to return to the Rockets lineup Monday against the Bulls. It should be noted that Monday's game is scheduled to be played in Texas, which is currently locked down right now due to the severe winter storm. Assuming the game is played though, Oladipo will likely give it a go given he doesn't suffer any setbacks between now and then.

Oladipo is averaging 18.4 points, 4.9 assists, and 4.8 rebounds per game since arriving in Houston via the James Harden trade.