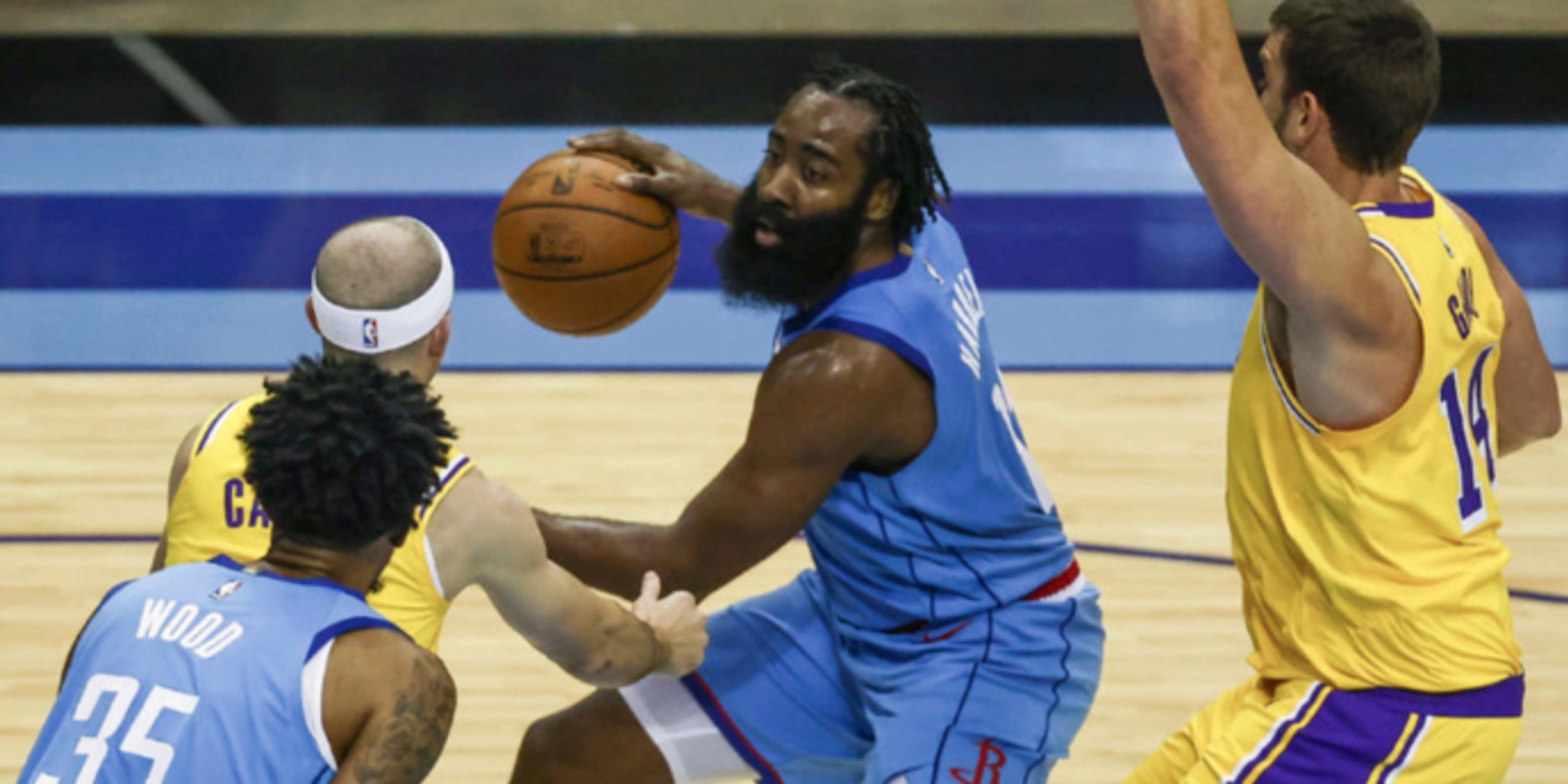 James Harden says Rockets are "just not good enough... I love this city. I literally have done everything that I can. I mean, this situation is crazy. It’s something that I don’t think can be fixed."

ANALYSIS: Adrian Wojnarowski of ESPN added that the Rockets have continued to discuss trade scenarios with teams for James Harden, with no deal imminent. But with Harden continuing to publicly voice his unhappiness with the team, the Rockets' front office may start to be more aggressive in their search.

Houston's asking price for Harden reportedly remains very high, as they are looking to get a major return for their former MVP. They will most likely want a package that includes draft picks and a young star.

"It's been a little rocky, not going to lie about that," Wall said, according to Michael Shapiro of Sports Illustrated. "I don't think it's been the best it could be. That's all I can say."
"When you have certain guys that don’t want to buy in, it’s hard," Wall added, per Kelly Iko of The Athletic.
MORE:
Rockets
NBA Rumors
NBA News

Nets' Kevin Durant to play in first back-to-back since Achilles injury
Behind the scenes at Amway Center: NBA experience very much alive in Orlando

Featured News

Adebayo, Cain lead Heat over Durant, Simmons and Nets
11h
NBA Stats Notebook: 5 players who could have bounce-back shooting years
18h
NBA scout Laron Profit raves over Scoot Henderson, Victor Wembanyama
23h
LeBron: Victor Wembanyama is 'a generational talent' and 'like an alien'
yesterday
Report: Draymond Green had physical altercation with Jordan Poole
yesterday
Embiid, Harden help 76ers top Cavs in Mitchell's debut
yesterday
2022-23 NBA Season Preview: Central Division
yesterday
Who will win this year's NBA MVP award? GMs predict Luka Doncic
2 days
Xavier Silas hired as head coach of Guaynabo Mets in Puerto Rico
yesterday
Subscribe to our newsletter
SUBSCRIBE
Follow Us



Basketball News
Home
Podcasts
Scores
Draft
Stats
News
Charts
Contact
Contact Us
Advertise With Us
Terms Of Use
Privacy Policy
Do Not Sell My Personal Information
Cookie Policy
Download Our App!
Stay up-to-date on all things NBA
Copyright © BasketballNews.com 2020. All Rights Reserved.
