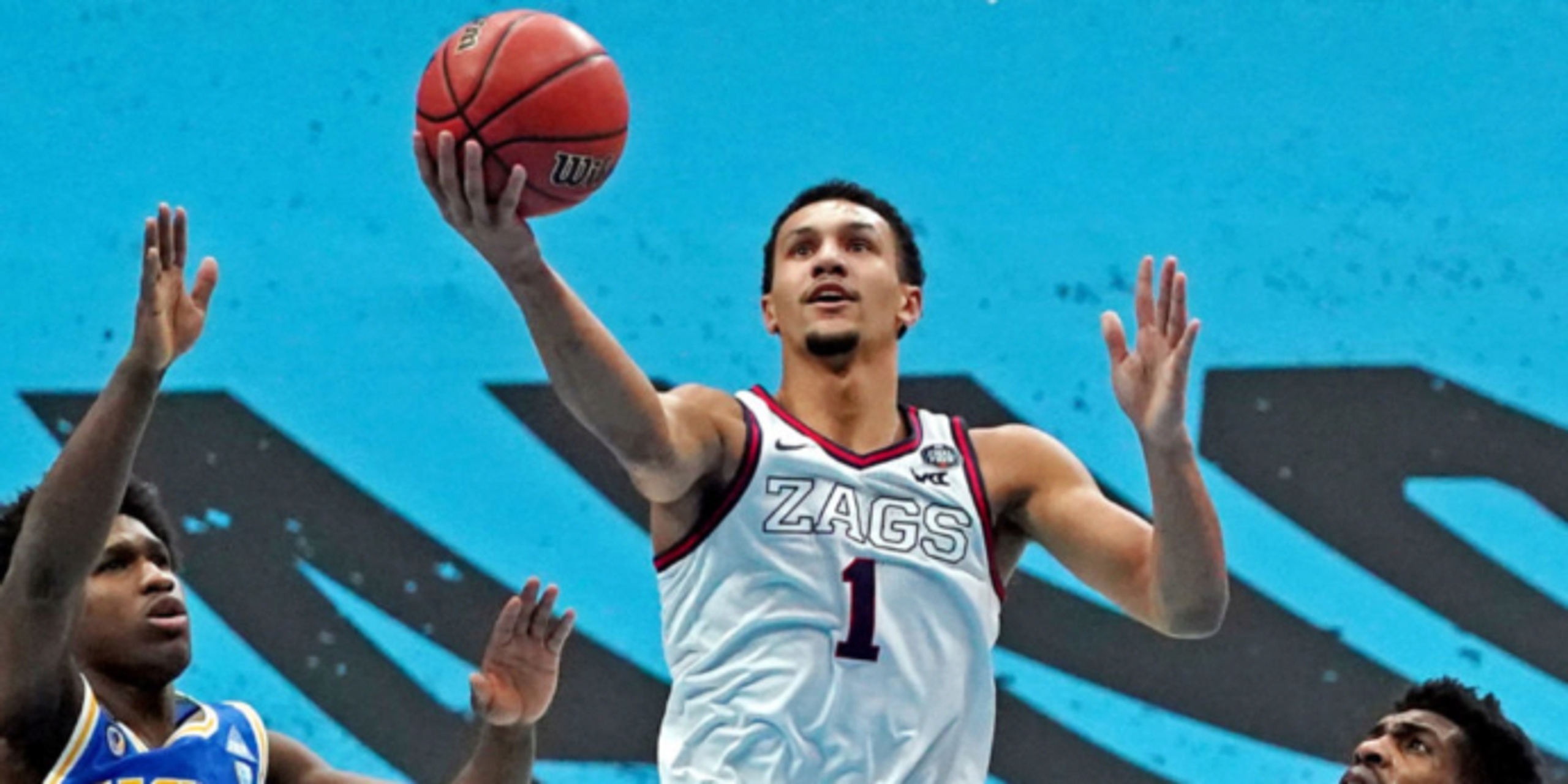 Here's what draft analyst Matt Babcock of BasketballNews.com has to say on Suggs:

"At the helm for the Gonzaga Bulldogs this past season was star freshman Jalen Suggs, who led their team to a 31-1 record and near perfect season. At 6-foot-4, Suggs, a competitive, true point guard, with a winning mentality, has drawn comparisons to former NBA greats such as Jason Kidd and Deron Williams, and has seemingly established himself as a near lock to be a top-5 pick in the 2021 NBA Draft. Suggs is currently No. 3 on our BasketballNews.com’s 2021 NBA Draft Big Board."

This moment was just the beginning. As I officially turn pro, The Shot is now a 1-of-1 NFT, accompanied by my signed, game-worn shoes from the semis. The auction is live now on @opensea: https://t.co/YAQrBdnPVH pic.twitter.com/lHGzZUO1bc