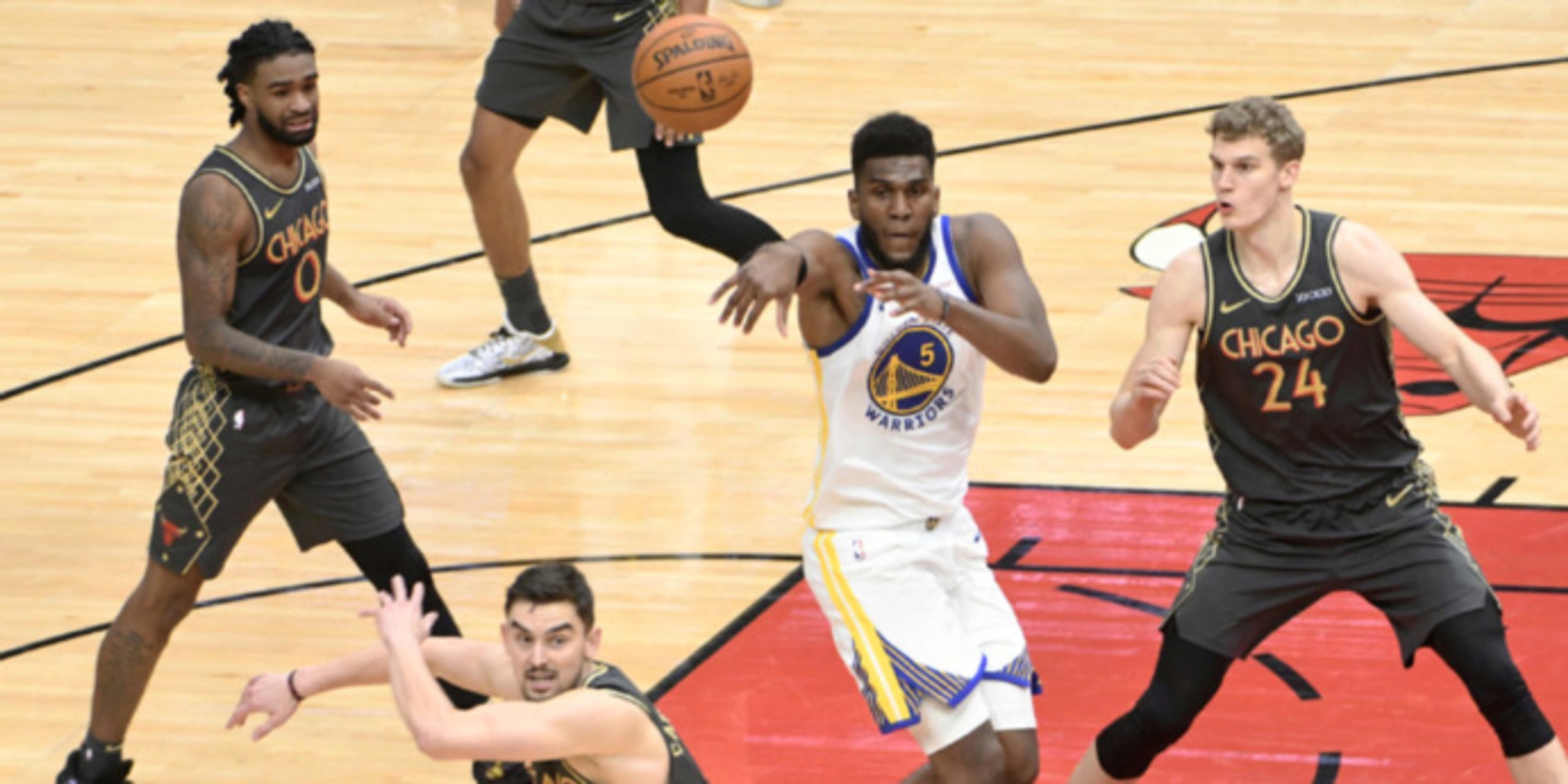 Golden State Warriors' Kevon Looney left Tuesday night's game vs. the Celtics late in the first half after landing awkwardly on his left foot. Looney, who was later ruled out for the rest of the game, was scheduled to undergo an MRI today to confirm the severity of the injury. After receiving the results from the MRI, the Warriors released the following statement on Looney's injury update:

"Kevon Looney, who suffered a left ankle sprain during last night’s game against the Boston Celtics, underwent an MRI last night. The MRI confirmed the sprain.

Kevon will be re-evaluated in two weeks."

The injury to Looney comes at the worst time for the Warriors, who earlier in the week announced that starting center James Wiseman would miss 7-10 days with a sprained left wrist. Steve Kerr noted that in the short term, Eric Paschall, Draymond Green and two-way player Juan Toscano-Anderson will all get minutes at the five spot with Looney and Wiseman out.