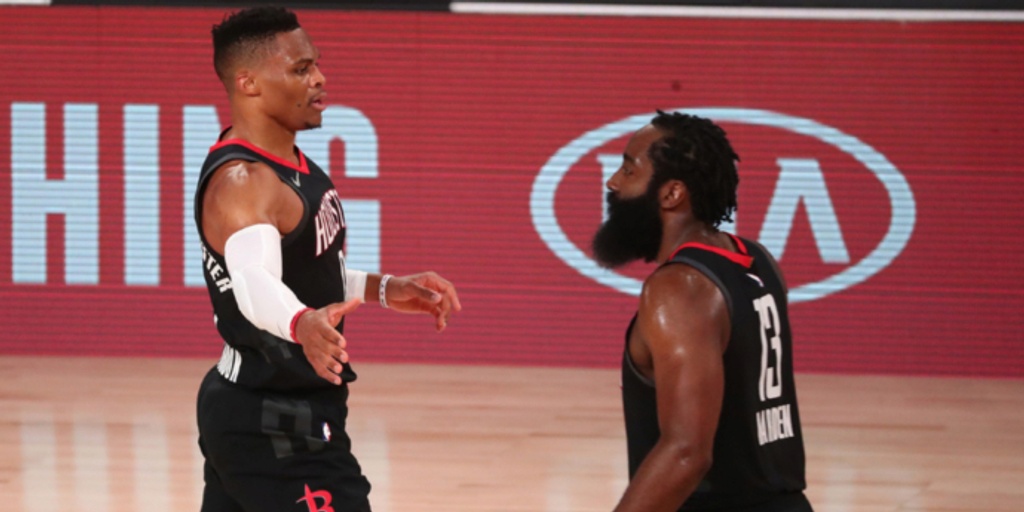 Rockets willing to get 'uncomfortable' with their superstars

“We’re willing to get uncomfortable,” a high-ranking Rockets source says regarding going to camp and into the season with unhappy superstars.

ANALYSIS: James Harden and Russell Westbrook are both under contract and although they have both demanded trades to the Rockets front office, Houston has the power here. The Rockets do not have to deal their superstars and they very well could play into the season with Westbrook and Harden both on the roster. Obviously this could cause turmoil within the team, as playing with guys that have publicly said they want out could lead to problems within the locker room.

But Westbrook and Harden are generational type players and the Rockets won't just trade them for anybody. Houston will want to make sure they have the deal that makes sense for them before rushing into a trade while the rumors are hot.