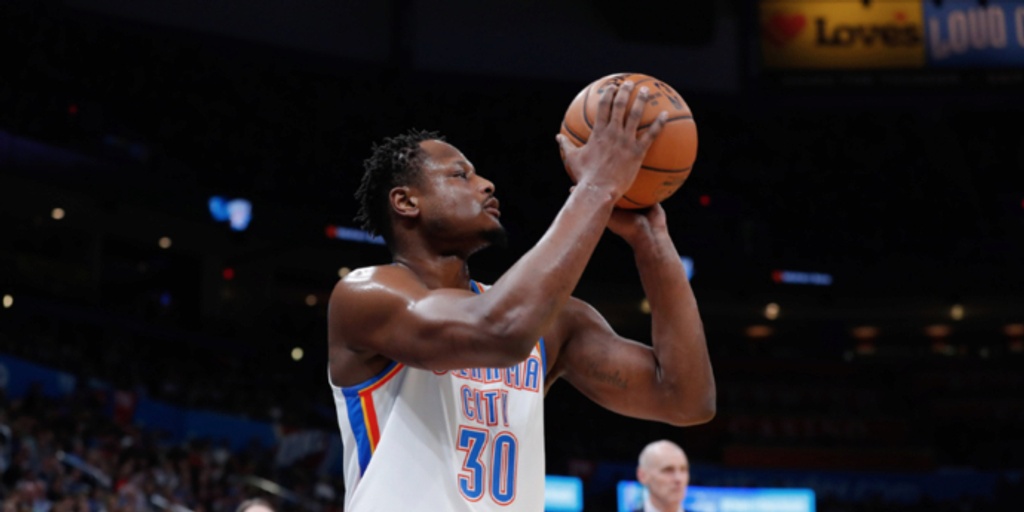 ANALYSIS: Deonte Burton is a second year player coming off a season where he averaged just nine minutes on the floor for the Thunder. Burton plays the two and three position, but he struggles to shoot the ball efficiently, which could be a reason why the Thunder decided against picking up his contract.

Burton will enter free agency at 26 years old and it should be noted OKC hasn't ruled out the possibility of re-signing Deonte, according to Chris Haynes of Yahoo Sports.