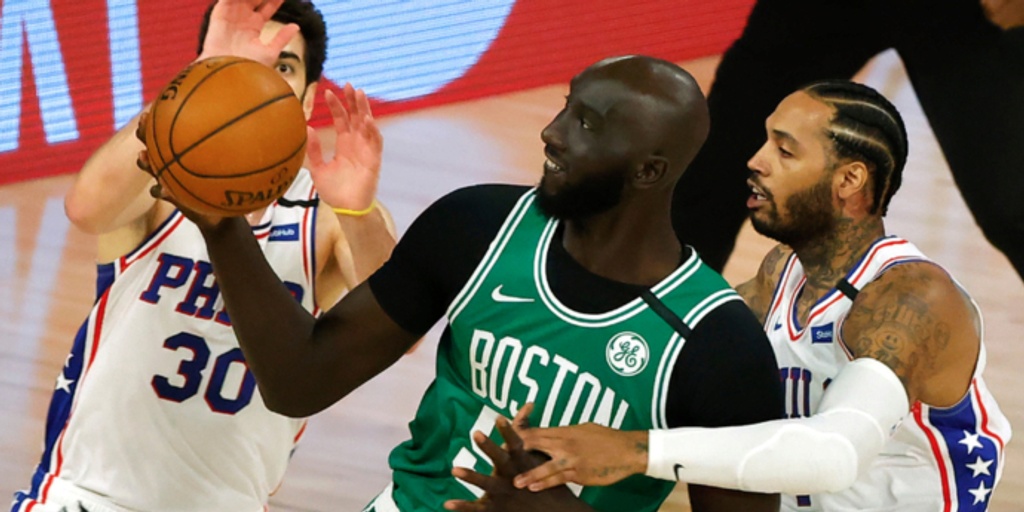 Free agent Tacko Fall has signed a two-way contract with the Boston Celtics, sources tell The Athletic NBA and Stadium.

ANALYSIS: Tacko Fall will return to the Celtics after spending his rookie campaign in Boston. Fall will sign a two-way contract and figures to spend some time with the Celtics G League affiliate. Tacko appeared in just seven regular-season games for the C's but he is already a crowd favorite in Boston as fans chanted the seven-footer's name before each game he entered.