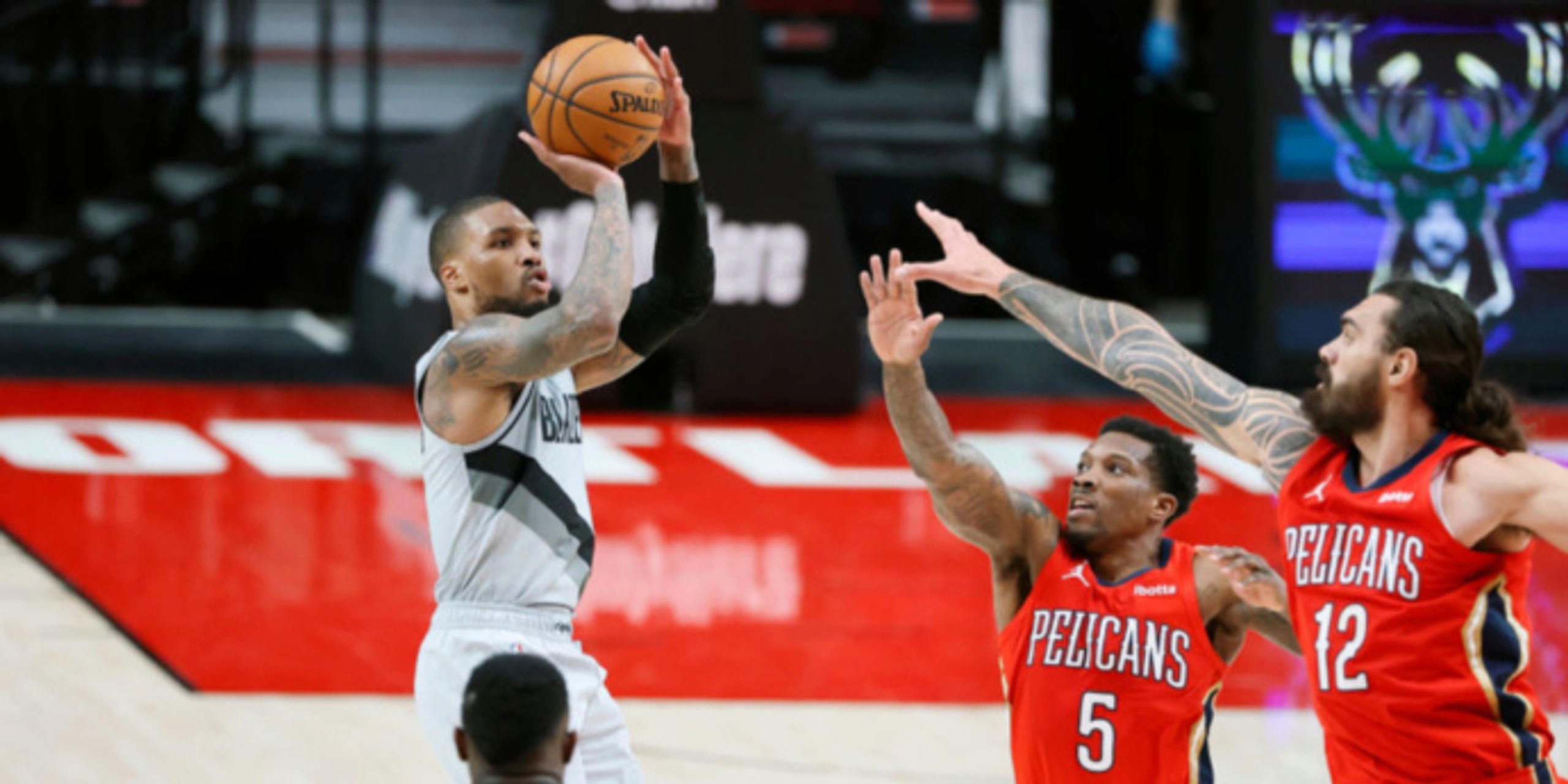 Damian Lillard has led some memorable comebacks and made some clutch game-winners, but to him, this win was noteworthy.

Lillard had 50 points and 10 assists, and the Portland Trail Blazers came from behind to beat the New Orleans Pelicans 125-124 on Tuesday night.

Lillard, who finished with six 3-pointers, made a pair of free throws with 1.2 seconds left for Portland, which rallied from a 17-point deficit with some six minutes remaining. He scored 20 of his points in the final quarter.

“I think with how it happened and the position we were in down the stretch, this will be one I remember,” Lillard said.

⌚️ 50 POINTS ON 20 SHOTS ⌚️@Dame_Lillard erupts for a season-high 50 to go along with 10 AST, sparking the @trailblazers 17-point comeback win! #RipCity pic.twitter.com/Ws5cuuqklR

Brandon Ingram scored 30 points and Zion Williamson added 28 for the Pelicans. Lonzo Ball had 11 points and a season-high 17 assists.

Nickeil Alexander-Walker had 20 points, including six 3-pointers, off the bench for New Orleans. His 3 midway through the final quarter stretched the Pelicans' lead to 112-96.

Eric Bledsoe answered with a 3 for New Orleans, but Carmelo Anthony's jumper kept it close. Williamson's layup made it 122-118 with just over a minute to go.

After Lillard and Williamson traded layups, Lillard was fouled and made both his shots. With 4.2 seconds left the Blazers got the ball with the Pelicans hanging on to a 124-123 lead.

Bledsoe fouled Lillard, who made both his shots to put Portland up 125-124 with 1.2 seconds left. Williamson's turnaround hook at the other end at the buzzer missed the mark.

“I got to my spot and drew a foul and that was game," Lillard said.

The Pelicans were stunned.

“I mean, we just didn’t play the way we played the whole game, like we were trying to run the clock out,” Pelicans coach Stan Van Gundy said. “We talked about that before: We’ve got to get the ball down the floor and play the game. And we did not do it.”

CJ McCollum, who was out with a fractured left foot, returned and finished with 10 points in 27 minutes for the Blazers. McCollum was averaging a career-best 26.7 points, as well as five assists, when he was injured during a game against the Atlanta Hawks on Jan. 16.

McCollum started, but coach Terry Stotts said before the game that his minutes would be limited. The Blazers were still awaiting the return of Jusuf Nurkic, who fractured his wrist during a January game

McCollum's first basket from the field was a first-quarter 3-pointer off a pass from Lillard.

Lillard, who was ranked second in the league with an average of 29.9 points a game, got hit in the hand early in the game and was treated during a timeout, but he returned.

New Orleans stretched the lead to as many as 16 points in the opening half before going into the break up 64-50. Williamson and Ingram combined for 30 of the Pelicans' first-half points.

The Blazers closed to within 71-64 in the third quarter after Lillard's layup, but they couldn't get any closer until the final minutes.

“He continues to do things that are remarkable,” Stotts said. “Fifty points and 10 assists, and game-winners, and all the things that he does. I’m never surprised, but I never take it for granted.”

It was the second of three meetings between the teams. Portland won the first 126-124 in New Orleans on Feb. 4.

"I know what it's like to be unknown and to not have the lights on you and to want to be seen ..."

Pelicans: New Orleans won all four of the games against the Blazers last season. ... The Pelicans were coming off a 135-115 victory Sunday over the Los Angeles Clippers. ... It was Ball's second double-double this season.

Trail Blazers: Portland was coming off a 114-112 loss at Minnesota on Sunday. ... Lillard surpassed 16,000 career points and 4,000 assists, joining just three other players — Oscar Robertson, Larry Bird LeBron James — to reach those marks in their first nine seasons. ... It was Lillard’s fifth game this season with 40 or more points, most in the NBA. ... Lillard was 18-for-18 from the line.

Ball hit Williamson with the long pass under the basket for the final shot of the game, and it looked as though the Pelicans might pull it off.

“It was a great play. He’s a big wide receiver, he’s hard to get around,” Stotts said about Williamson. “But I think Lonzo made a hell of a pass.”

The teams meet again on Thursday.