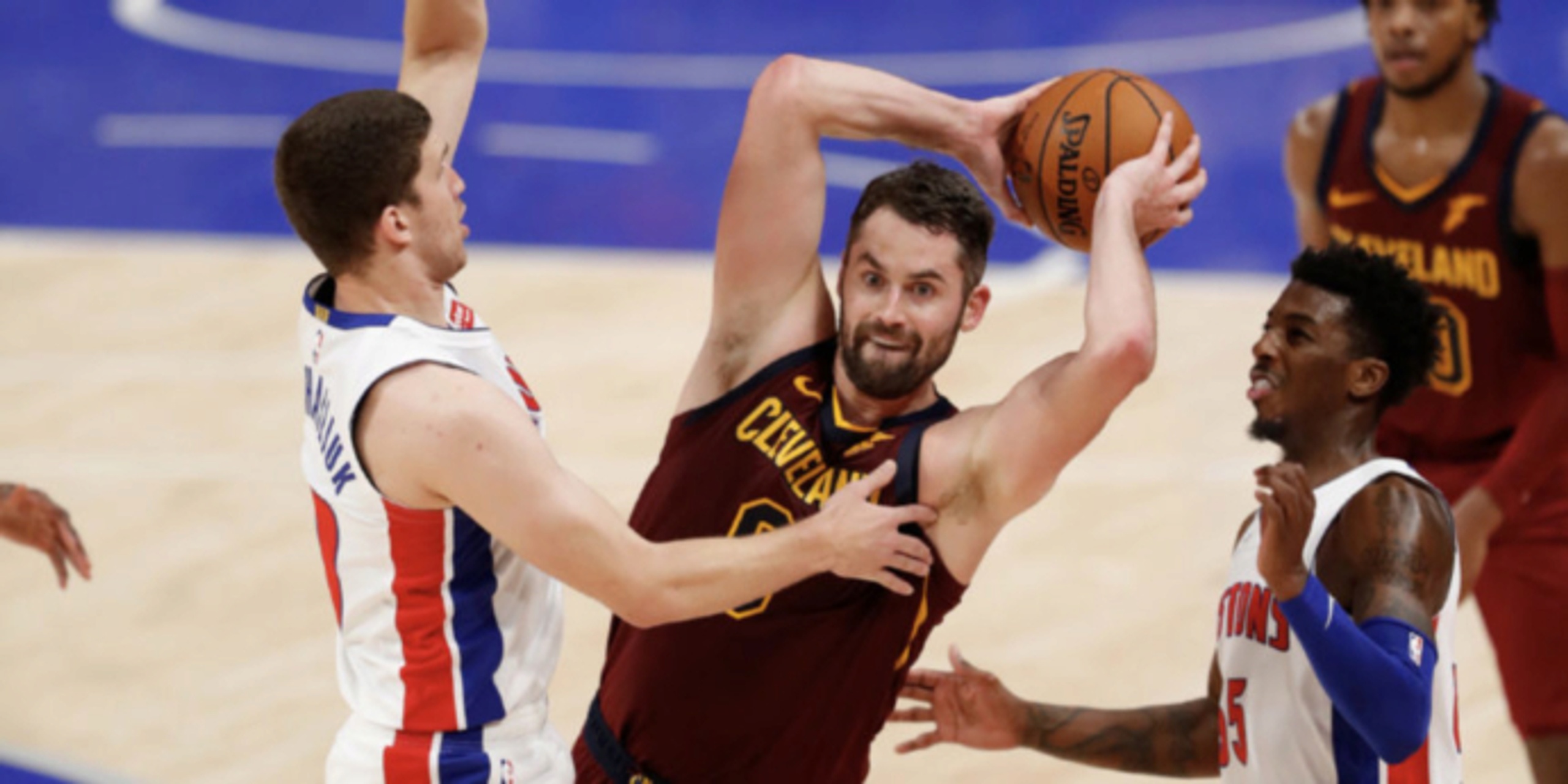 Kevin Love took part in most of practice for the Cavaliers on Wednesday, moving the five-time All-Star closer to playing after missing most of the season with a calf injury.

Coach J.B. Bickerstaff said Love was able to do "quite a bit of the live stuff'' during the workout as the Cavs, who have lost eight straight, got in a previously unscheduled practice after Wednesday's game against San Antonio was postponed because of a COVID-19 outbreak among the Spurs.

ANALYSIS: Kevin Love has been out of the lineup since December 27th, after aggravating a right calf strain against the 76ers. Love initially sustained the injury in the team's exhibition opener.

Cleveland would welcome the return of Love, as the Cavs have lost 10 of their last 11 games and are now without Andre Drummond, who they intend to sit-out until they find a trade partner. Love would provide a huge boost to the Cavs lineup during a time they need it most. His next opportunity to play will come Friday when the Cavs host the Nuggets.