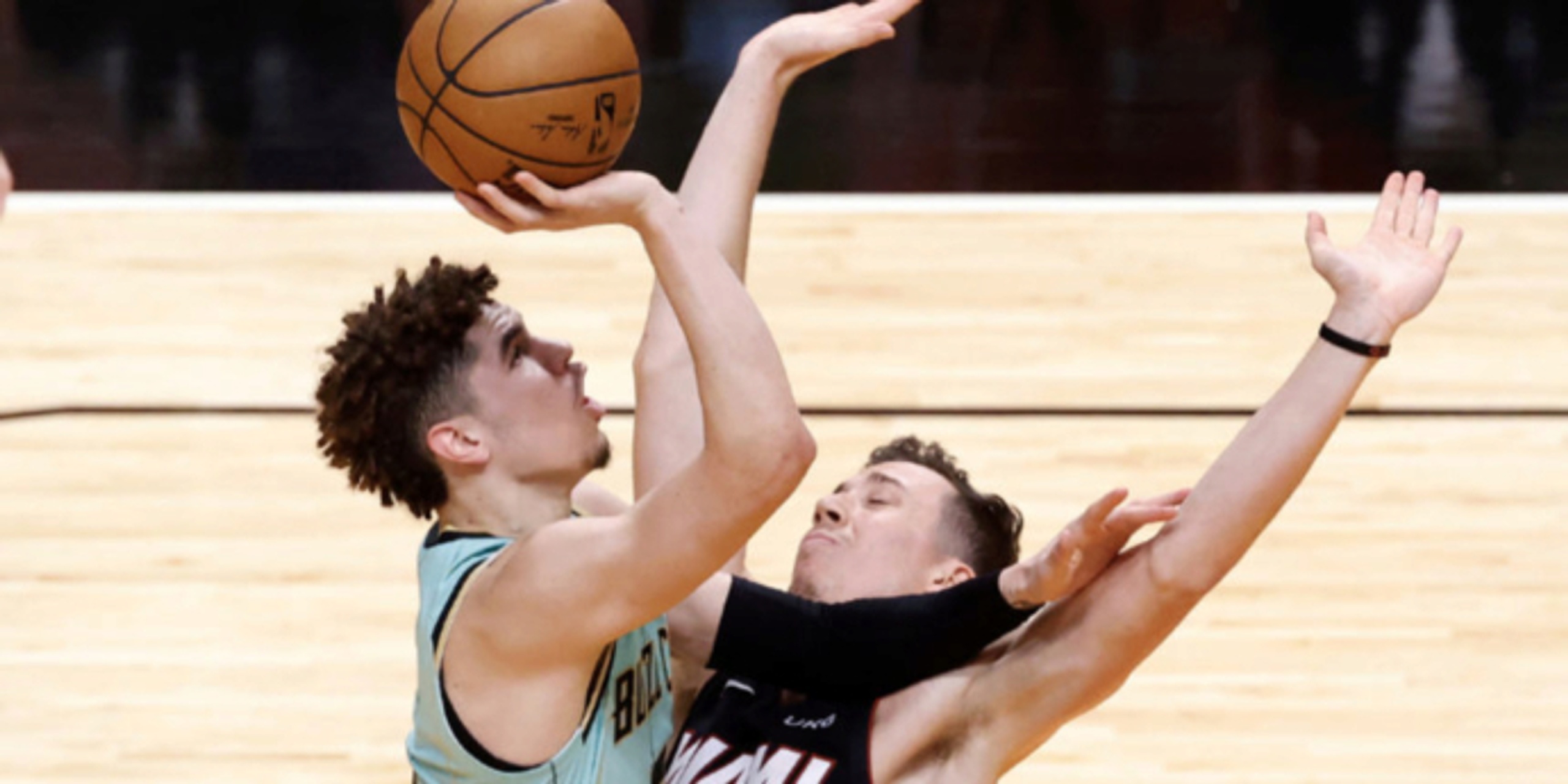 19-year old rookie, LaMelo Ball made his first career NBA start for the Hornets after coming off the bench for the team's first 20 games. Ball was given the start because starting guard Terry Rozier suffered a sprained ankle during Saturday night's win over the Milwaukee Bucks. Ball actually started the second half of that game vs. the Bucks with Rozier going down in the first half, and led the Hornets to their best win of the season with 27 points, 9 assists, and 5 rebounds in 31 minutes.

Ball wasn't nearly as efficient in his first career start Monday, posting 14 points on just 3-11 shooting, but he made his impact felt elsewhere, contributing 7 assists and 5 rebounds in 31 minutes on the court. Although it was Ball who made the headlines before the game, Hornets' Malik Monk is the one that stole the show, scoring a career-high 36 points on 18 shots and leading Charlotte to a 129-121 OT win over the Miami Heat.

Monday night's victory over the Heat gives Charlotte their third straight win overall and 10th on the season, as they sit 8th in the Eastern Conference, one game ahead of the Cleveland Cavaliers. It is unclear how long starting guard Terry Rozier will be out for with the ankle injury, but if Rozier is forced to miss any more time LaMelo will likely continue to get the start in his place.

Miami on the other hand now falls to 7-13 on the season, losing six of their last seven games. The defending Eastern Conference Champions sit near the bottom of the conference standings, but Miami has been hit by a slew of injuries to start the year and now seem to finally be getting healthy again with hopes that they can turn their season around.

The Hornets next play Wednesday at 7 PM ET vs. the Philadelphia 76ers and Miami hosts the Washington Wizards Wednesday at 8 PM ET.