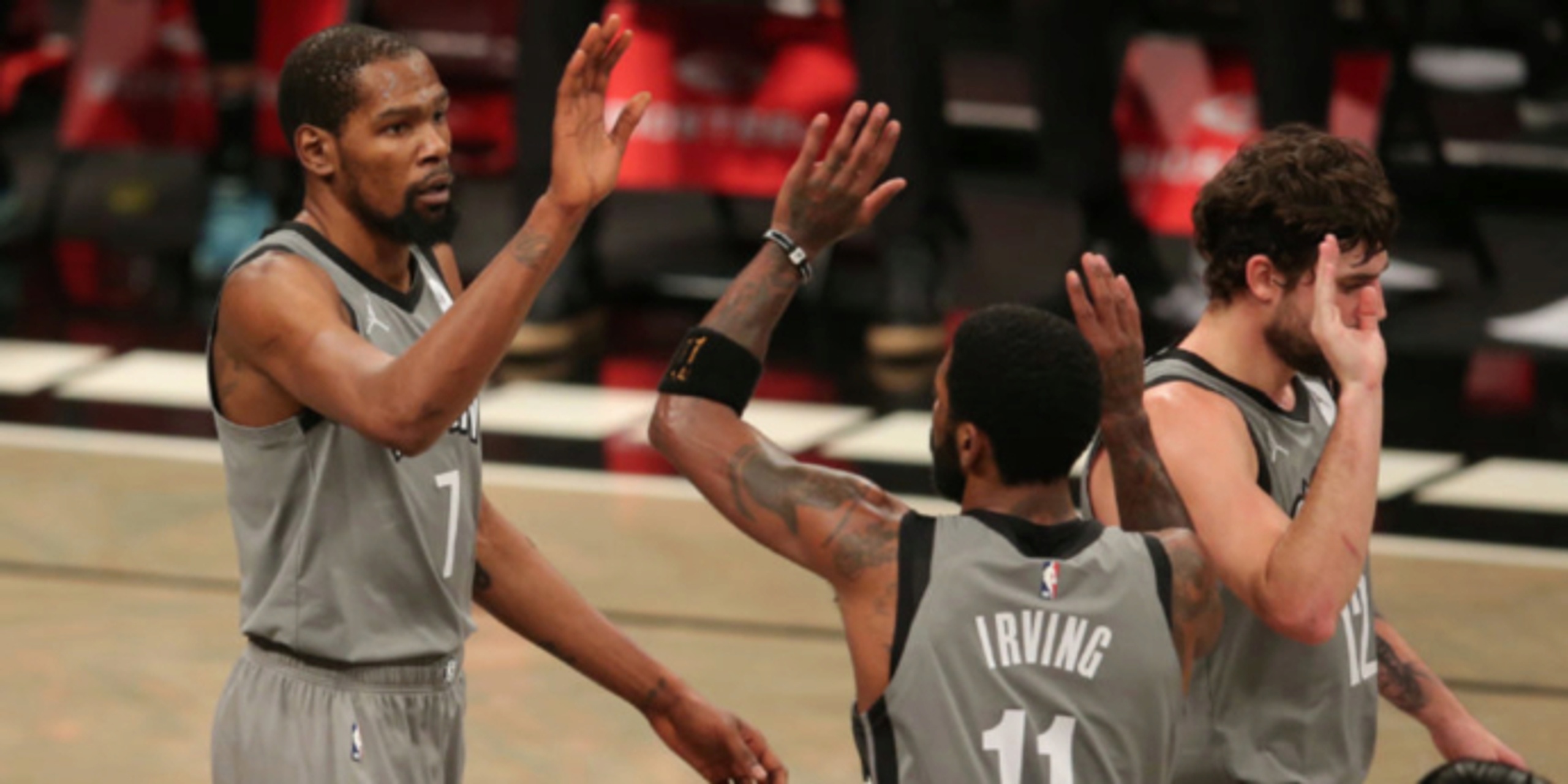 The Brooklyn Nets announced via Twitter that All-Star forward Kevin Durant will be listed as 'probable' for Sunday's game vs. the Oklahoma City Thunder. Durant has missed the Nets' previous three games due to the league's health and safety protocols, with Brooklyn going 2-1 in that span. Durant was originally scheduled to miss four games after it was announced Monday that he was facing a seven-day quarantine period, but Durant should be good to go for Sunday should he continue to test 'negative' for COVID-19.

The Nets also announced that All-Star point guard Kyrie Irving could return to the lineup Sunday after missing the previous two games because of 'personal reasons.' Irving, who is currently listed as 'questionable' on the Nets' injury report, has averaged 27.1 points, 6.1 assists and 5.3 rebounds in seven games this season.