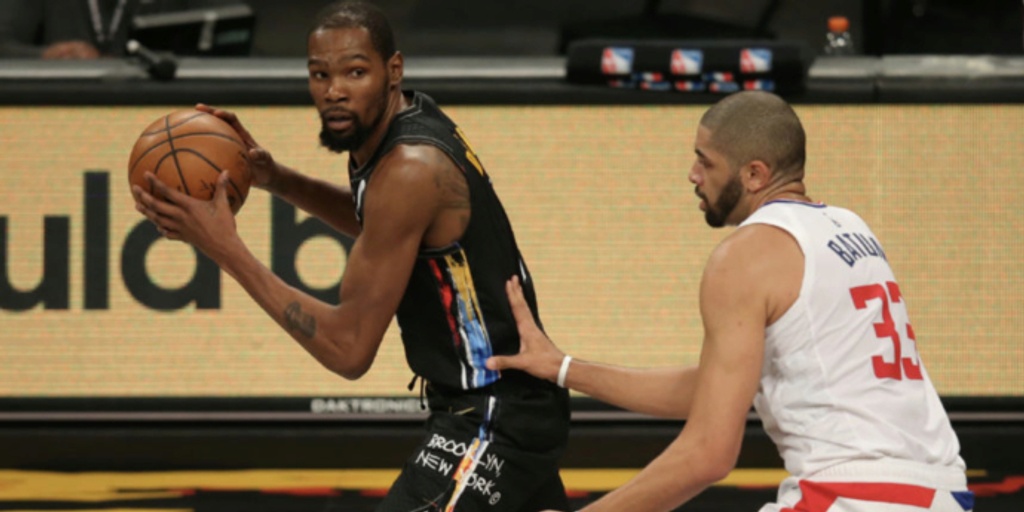 Update: Kevin Durant is out for the remainder of the game due to health and safety protocols. After missing the beginning of the game and subsequently being cleared to play, Durant is unable to play at the direction of the league, a source told ESPN.

Kevin Durant will not be available to begin tonight’s game due to health and safety protocols, the team says. A team source said they are awaiting further updates to see if he may be available later in the game.

ANALYSIS: Kevin Durant could essentially return mid-game for the Nets if he clears the league's contact tracing protocols. Durant missed a chunk of time earlier in the season due to the league's health and safety protocols and will hope to avoid a similar situation this time around.

Brooklyn takes on the Raptors tonight.