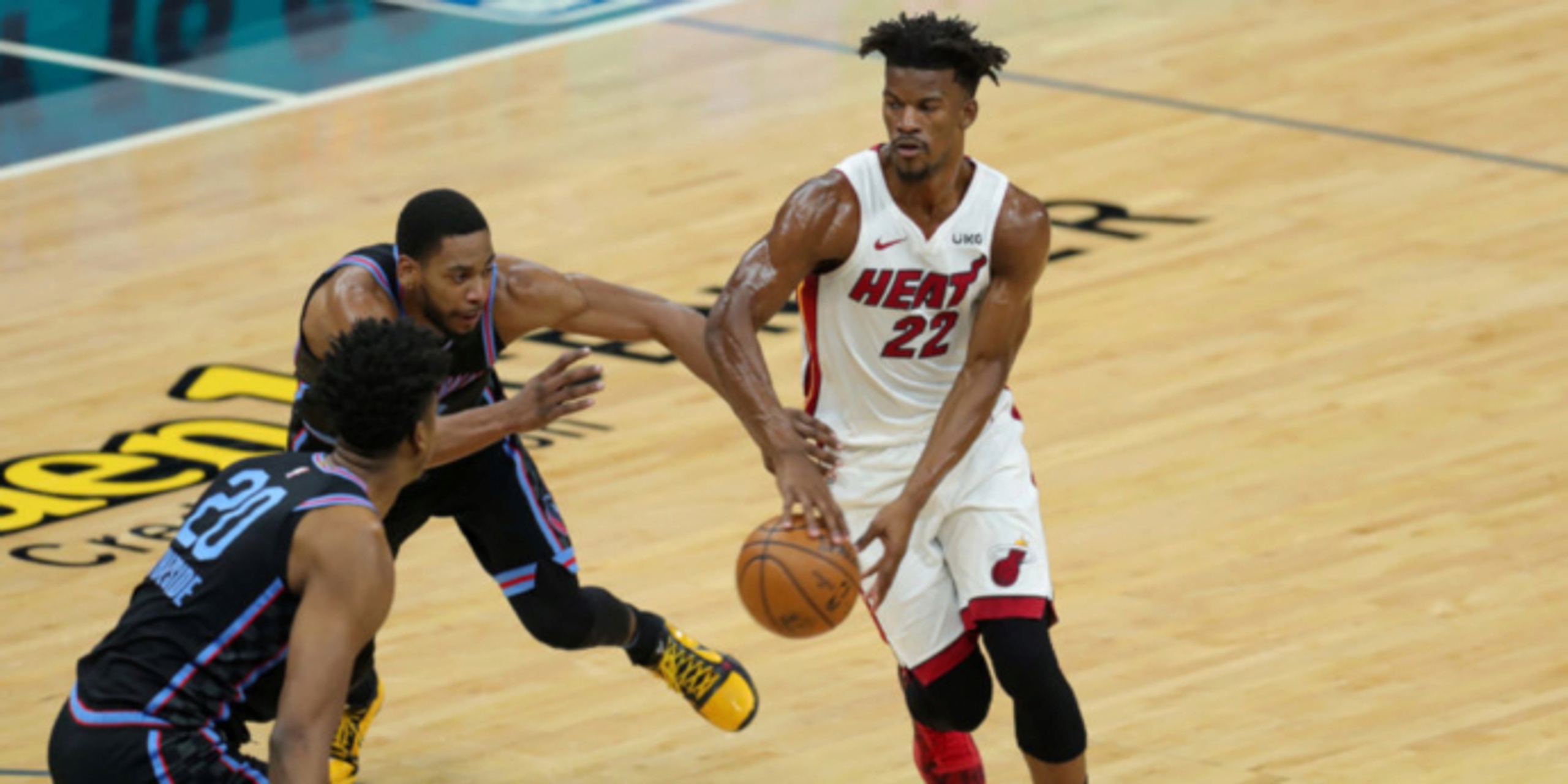 Jimmy Butler: 'I think we're a ways away from being a good team right now'

Despite a 118-110 win over the Sacramento Kings on Thursday, Jimmy Butler voiced dissatisfaction with the season so far for the Miami Heat.

"I mean, it's the same thing over and over for us," he said. Like you get a lead, we're giving it up, we're getting lazy, we're messing around with the game. Good teams don't do that. And I think we're a ways away from being a good team right now. I'm not gonna lie."

Butler notched a triple-double with 13 points, 10 rebounds and 13 assists. Teammate Bam Adebayo (16 points, 12 rebounds, 10 assists) also managed a triple-double in the victory. The two became the first pair of teammates to reach the benchmark in the same game on multiple occasions. Butler and Adebayo each had a triple double back on Dec. 10, 2019 versus Atlanta.

The Heat built up a 23-point lead against Sacramento on Thursday before letting SAC bring the gap down to single digits. This was a concerning trend for Miami, who blew a 19-point lead and lost to Golden State in the previous contest.

“That can’t happen two nights in a row,” Adebayo said. “I mentioned that in the huddle, we can’t have that happen. Dudes responded.”

A 12-17 start is disappointing for the defending Eastern Conference champs. Miami has battled a rash of injuries and COVID-related absences. Entering Thursday, the team was on a three-game losing streak.