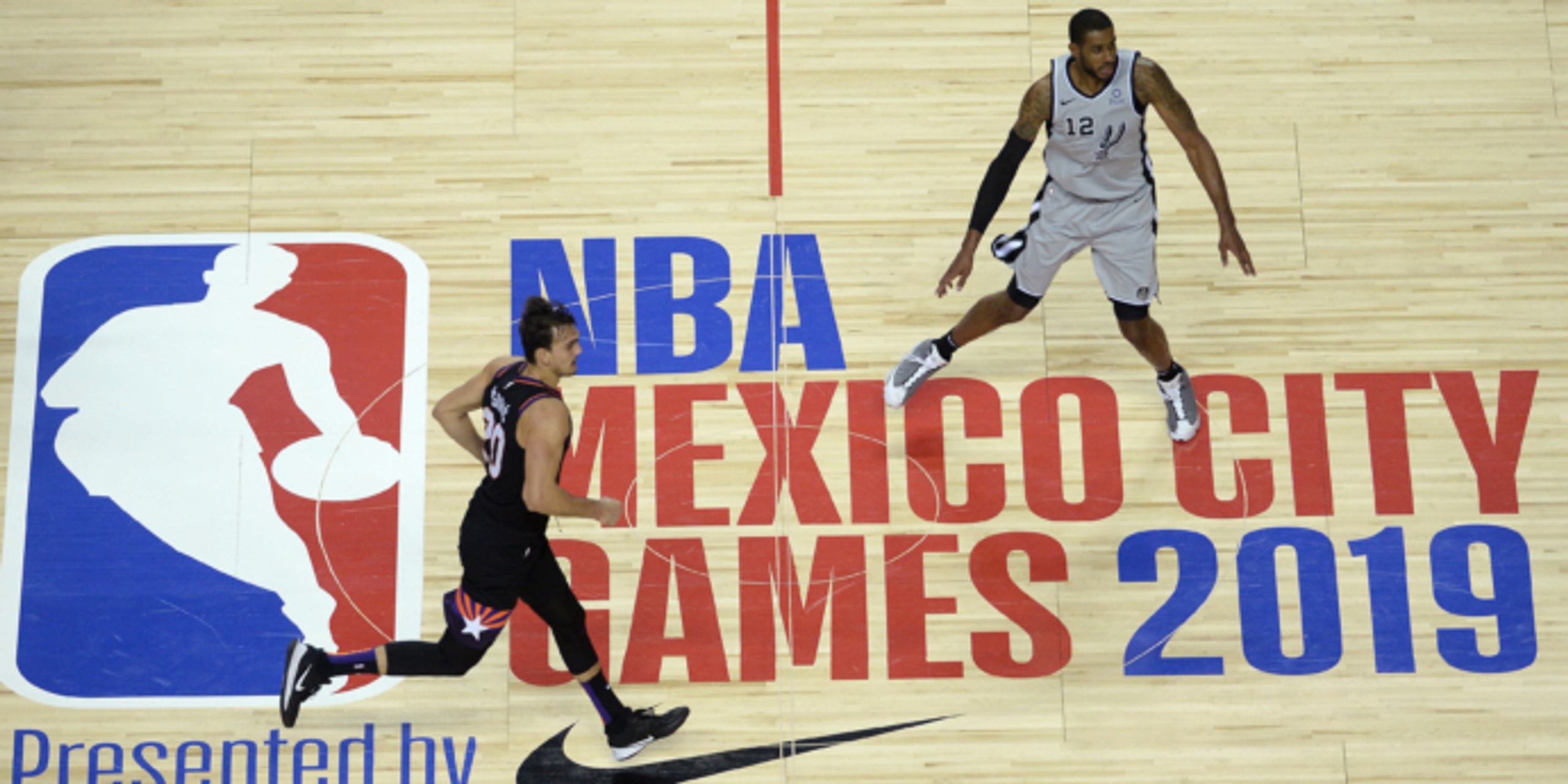 MEXICO CITY – The National Basketball Association (NBA) and Zignia today announced that the five-time NBA champion San Antonio Spurs and the three-time NBA champion Miami Heat will play a regular-season game at the Arena CDMX in Mexico City on Saturday, Dec. 17, marking the first NBA Mexico City Game since 2019 and the league’s 31st game in Mexico overall, more than any country outside the U.S. and Canada. The NBA and Zignia will continue to collaborate on future NBA initiatives in Mexico over the next several years.

Tickets for The NBA Mexico City Game 2022 will go on sale at a later date.  Beginning today and through Saturday, Sept. 3, fans interested in attending the game can register their interest in tickets and receive access to an exclusive ticket pre-sale by visiting www.nbaenmexico.com.

The NBA Mexico City Game 2022 will air live in Mexico on ESPN, TUDN and NBA League Pass, the league’s premium live game subscription service.  The game will reach fans in more than 200 countries and territories around the world on television, digital media and social media.  Leading up to the game, the league and its partners will also conduct interactive fan events and NBA Cares community outreach initiatives.  The game and surrounding events will be supported by a roster of marketing and merchandising partners, including AT&T, Gatorade, Hennessy, Nike, SAP and Tissot, with additional partners to be announced in the coming months.

The NBA Mexico City Game 2022 will also mark the 30th anniversary of the league’s first game in the country, which featured the Houston Rockets and the Dallas Mavericks playing a preseason game at Mexico’s Palacio de los Deportes in October 1992.  Overall, 22 NBA teams have played preseason and regular-season games in Mexico.

Fans in Mexico can find more information about the NBA at NBA.com/Mexico and on Facebook (@nbamexico), Twitter (@nbamex), YouTube (NBA México) and Instagram (@nbamex).  Fans can also purchase official NBA merchandise at the NBA Store in Polanco, online via NBATienda.com, and at the Arena CDMX on game night.

“We’re honored that NBA games will once again be held in our country this coming December.  We remain fully committed to enhancing the sports viewing experience for dedicated fans across Mexico, and the Arena CDMX looks forward to delivering an ideal stage to enjoy the magic of basketball with your family.  We thank the NBA, the teams and of course the fans in Mexico for their support.”

“We couldn’t be more excited to bring two storied franchises with strong local fanbases to the Arena CDMX next season.  Hosting NBA games in Mexico is an important part of our wider efforts to grow basketball and engage fans across the country, and we look forward to once again bringing the live NBA experience to our devoted fans in Mexico on December 17 and in the years to come.”

“We have played six games in Mexico City and every time thousands of Spurs fans showed up, making us feel loved and right at home.  We are grateful for our loyal fans in Mexico and are thrilled for the opportunity to play in front of them as part of our 50th anniversary season.  This is one way we continue to purposefully engage and celebrate our growing number of fans in Mexico.”

“​Doing our part to grow the game on a global level has always been important to ​the Heat.  Mexico is our neighbor, and its citizens have shown us a tremendous amount of support.  We’re thrilled to return to its capital city.”