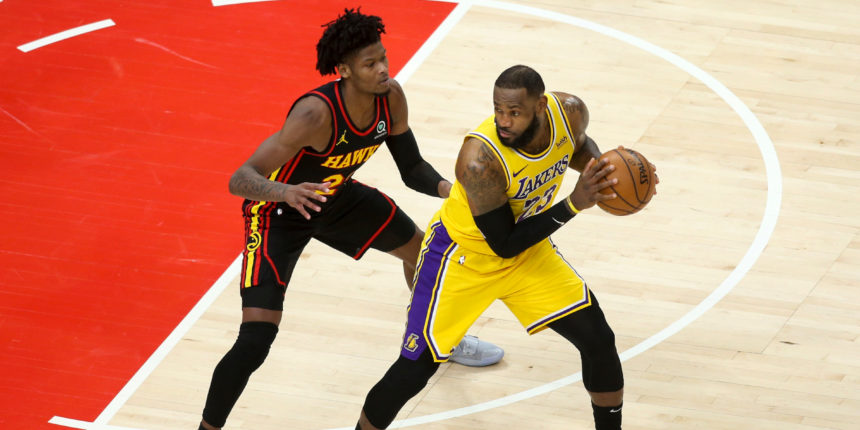 LeBron James, who is leading the early NBA All-Star fan voting returns, said in a postgame press conference that he has "zero energy and zero excitement" for this year's All-Star game.

James has led the Lakers to a 17-6 start after a quick turnaround from their title-winning season. The NBA reportedly has plans to hold an All-Star night on March 7 at Atlanta's State Farm Arena. According to James, he and others were initially told by the league that they would not have an All-Star Game in 2021.

"Short offseason for myself and my teammates, 71 days," James said. "And then coming into this season, we were told that we were not having an All-Star Game, so we'd have a nice little break. Five days [in March] from the 5th through the 10th, an opportunity for me to kind of recalibrate for the second half of the season. My teammates as well. Some of the guys in the league.

"And then they throw an All-Star Game on us like this and just breaks that all the way up. So, um, pretty much kind of a slap in the face."

The plans have also come under fire given the still-imposing threat of the COVID-19 pandemic. James said that he would compete if chosen as an All-Star, but would be there "physically but not mentally."

"We're also still dealing with a pandemic," James said. "We're still dealing with everything that's been going on, and we're going to bring the whole league into one city that's open? Obviously, the pandemic has absolutely nothing to do with it at this point when it comes to that weekend.

"Obviously, you guys can see that I'm not very happy about it."