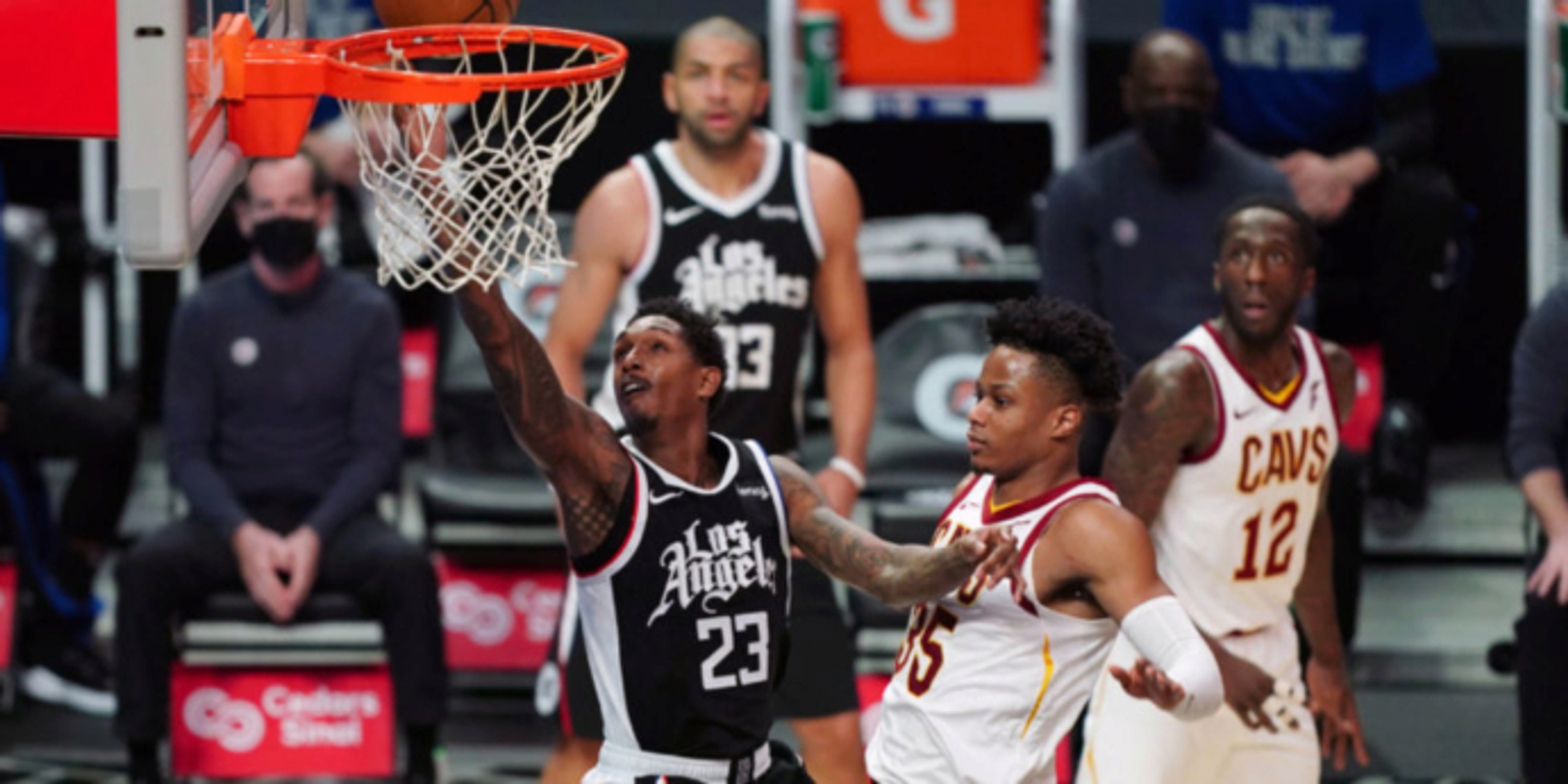 Lou Williams 'would rather start' for Los Angeles Clippers

Los Angeles Clippers head coach Ty Lue reportedly asked Lou Williams if he preferred to start after Sunday's win against the Cleveland Cavaliers. Williams said he would rather start than come off the bench.

ANALYSIS: Without Kawhi Leonard or Paul George, Williams moved into the starting lineup and led LAC to a 128-111 victory, scoring 30 points and dishing out 10 assists. It was the first game Williams has started all season. The 34-year-old has made a reputation for being one of the best sixth-man scorers in recent years and is a three-time NBA Sixth Man of the Year.