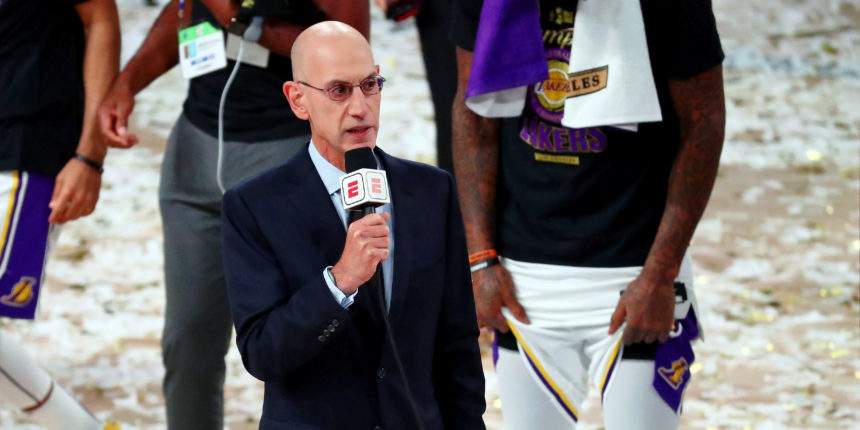 NBA hopes to have conversation on midseason tournament

The NBA is reportedly hoping to have conversations with the NBA Players' Association surrounding a potential midseason tournament.

ANALYSIS: Wojnarowski adds that the league has previously discussed an eight-team tournament that would feature $1 million payouts to each player of the winning team. According to the article, a tournament would need to be agreed upon with the NBPA and two thirds of ownership groups.

However, downsides exist, including potential buy-in. Wojnarowski writes, "Previous concerns among front-office executives had been that some star players on the league's most lucrative contracts might prefer the scheduling break of several days that would come with failing to qualify for the eight-team, single-elimination tournament, sources said."