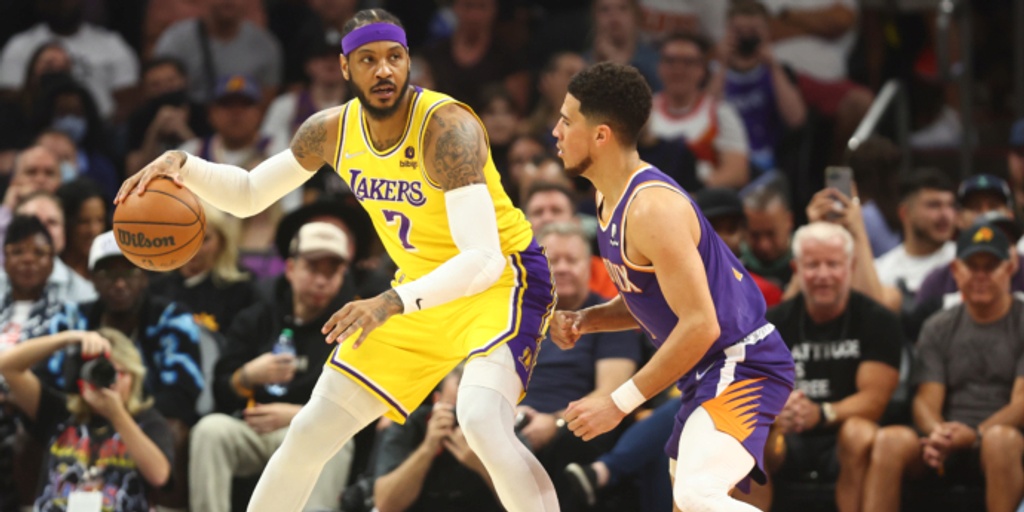 With the Kevin Durant saga over for now, who's getting signed?

The Phoenix Suns and Miami Heat were floated out early. The Toronto Raptors lurked on the edges. We heard noise about the Boston Celtics that continuously grew louder. There were more teams mentioned on the outskirts, most recently the Memphis Grizzlies.

Understandably, offseason movement came to a screeching halt. You don't want to make a mid-tier trade or signing that would lower your chances to acquire someone like Durant. The Atlanta Hawks, for example, blew their pick load in their acquisition of Dejounte Murray, only for the Durant trade request to come out a short time later.

It's also understandable for free agents to be a bit annoyed with offseason movement coming to a screeching halt. Utah Jazz guard (for now, anyway) Patrick Beverly took to Twitter to speak on the uncomfortable dynamic.

Yal can sit and don’t say nothing but that ain’t cool. It’s dudes with families out here who haven’t got a job because of this KD shit. And to be on and off ain’t cool. Blessing Gang🙏🏾🏀

It should come as no surprise that Durant had a response of his own, quote-tweeting Beverly's message with "#BLAMEKD."

Free agent guard Isaiah Thomas spoke the minds of many in his position.

That begs the question: Who are some of the free agents left that should get a look now? Here are a few players that come to mind.

Quick: Did you know the Los Angeles Lakers were 7-4 in games where Melo scored 20 or more points?

Related: Are you more surprised by the record, or the fact that Melo accomplished the feat 11 times, all of which came from off the bench?

Melo was an occasional bright spot for a team that didn't have many of them last season. He's still a valuable off-ball threat.

In addition to knocking down 37.5% of his spot-up triples, Melo was able to beat closeouts with one- or two-dribble pull-ups. Per Synergy, Melo ranked in the 81st percentile (very good!) when taking dribble jumpers after spotting up. It's a far cry from the Melo that could boom on you during his Denver days, but his jumper remains an effective one.

The defense will likely be a problem in high leverage moments, though Melo had some fun flashes as a backup 5 last season. A strong defensive infrastructure will be important if you want to get the most and best out of him. There's still enough juice in the tank for him to be a bench hub.

Whiteside's career arc has been one of the weirdest ones in recent memory. He was a first-round talent that fell to the second round because of reliability concerns. He found himself out of the league pretty early on, only to make a 2K-esque splash with the Heat. He earned max dollars in 2016 and eventually lost his starting spot to a young Bam Adebayo in 2019, and has ridden the backup circuit since then.

Quietly, though, Whiteside has still been productive. He remains a monster on the offensive glass, and his length and timing as a shot-blocker still make him a solid drop coverage option. Per Second Spectrum, the Jazz allowed roughly 0.92 points per possession on trips featuring Whiteside in a drop last season — a top-10 mark among players to defend at least 500 picks.

Of course, the issue has been that his box score numbers miss some of his weaknesses. He's a poor lateral mover at this stage of his career, a flaw on its own before getting into his unwillingness to move and make second efforts at times. Whiteside works in a drop, but it's a bit concerning that he's boxed into that scheme to a degree. A team acquiring him will need to have slithery screen navigators in front of him, or strong help defenders that can dig on drives and help restrict space.

Offensively, the screening has been hit or miss. The passing is too. He's improved enough to knock down a relief jumper or two, but it's important to let him indulge that part of his game too much.

It's easy to cite the becoming-old adage, but you can never have too much shooting. It's worth noting that Ellington isn't just a shooter — he's a moving target. Because of his understanding of spacing and angles, and his ability to balance himself in the air, he's able to free himself for looks whether a play is called for him or not. He isn't the best movement shooter in the NBA, but he might be my favorite one to watch.

Ellington is dutiful in his movement patterns. Purposeful. He's someone that defenses have to pay attention to, and I love the way he weaponizes that. There really isn't a system he can't fit in. His shooting and off-ball randomness could add some juice to a contender's attack off the bench, or he could provide much-needed relief for young ball-handlers on rebuilding rosters.