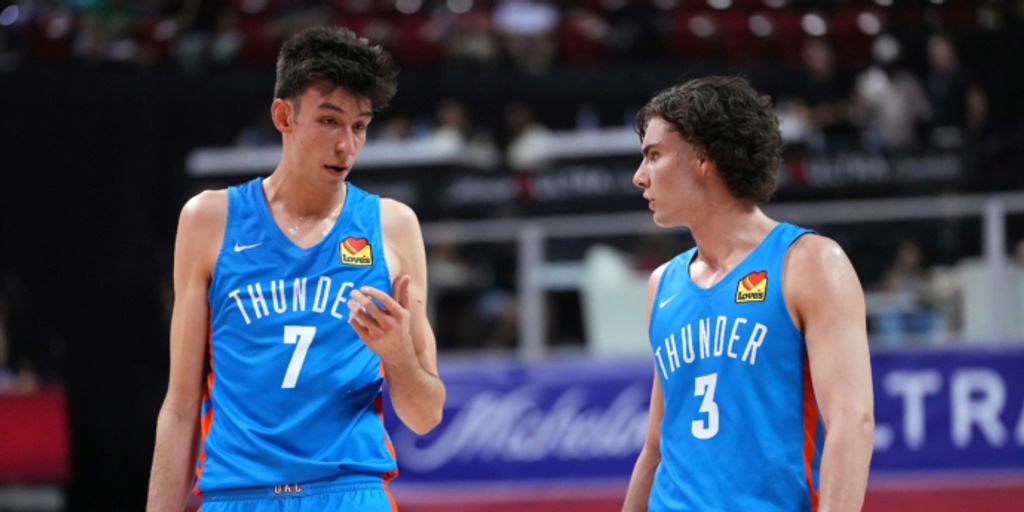 Oklahoma City Thunder rookie Chet Holmgren may have suffered torn ligaments in his foot, according to Shams Charania. The No. 2 overall pick from this year's draft will undergo further examination to find out the extent of the injury.

Exams show Chet Holmgren has potential torn ligaments in his foot, sources said. A timetable is being determined based on further evaluations. https://t.co/vig5zWOSzz

Holmgren was injured this past Saturday during a pro-am game in Seattle when he rolled his ankle while blocking a shot. The game had to be stopped early due to a slippery court that was potentially dangerous.

If Holmgren is out for an extended period of time, it would be a big blow for the young and rebuilding Thunder who expect him to be a foundational part of their team alongside Josh Giddey and Shai Gilgeous-Alexander.

The 20-year-old was the second pick of the 2022 NBA Draft following an outstanding freshman season with Gonzaga where he averaged 14.1 points, 9.9 rebounds, and 3.7 blocks per game.