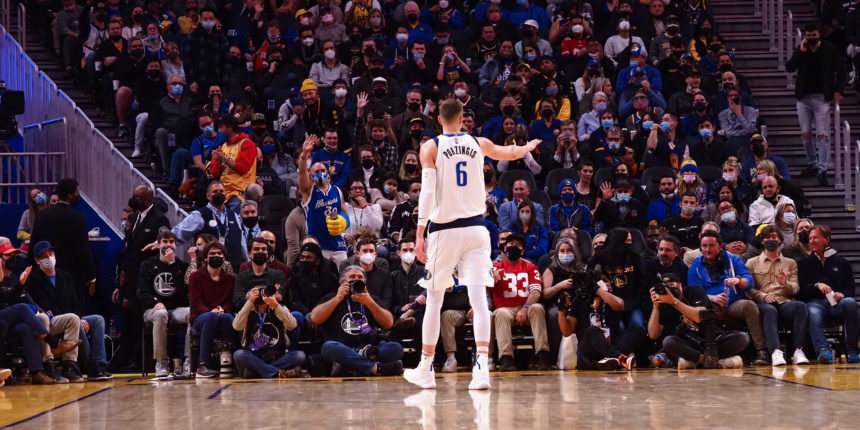 The NBA announced that Mavericks forward Kristaps Porzingis has been fined for kicking the ball into the stands during Tuesday night's game vs. the Warriors.

"Dallas Mavericks forward-center Kristaps Porzingis has been fined $15,000 for kicking the game ball into the spectator stands, it was announced today by Byron Spruell, President, League Operations.

The incident, for which Porzingis received a technical foul and was ejected, occurred with 8:21 remaining in the fourth quarter of the Mavericks’ 130-92 loss to the Golden State Warriors on Jan. 25 at Chase Center."

Dorian Finney-Smith Q&A: 'This is the closest Mavs team I've been on'
16 min