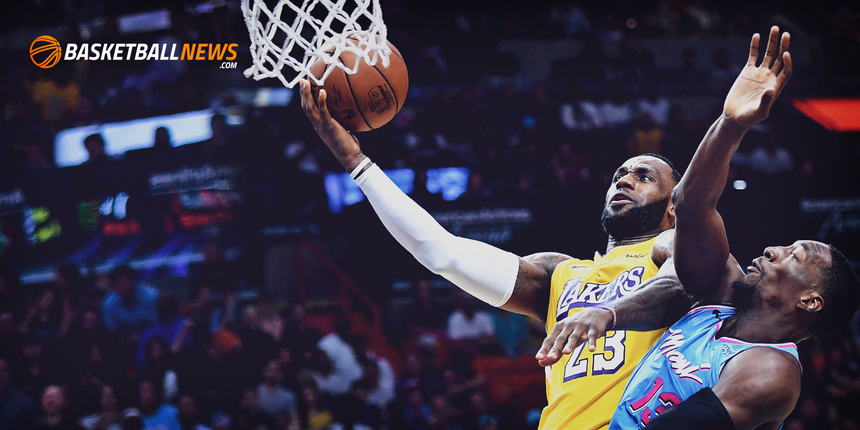 BasketballNews.com asked each of our staff members to predict who will win the 2020 NBA Finals: the Los Angeles Lakers or Miami Heat? Here’s what they had to say:

James Posey: “I never want to go against a LeBron-James-led team, but I think it will be a very challenging series for him. The reason? Miami has the bodies to guard LeBron and they have a few players who can wear him down. And I think the matchup between Bam Adebayo and Anthony Davis is going to be big. In Bam, you got a young bull who isn’t afraid and he’s really talented. That’s a scary combination. With the Heat’s system and culture, nobody is afraid of this Lakers team, they’re going to play hard and they’re going to put pressure on this Lakers team. To win this series, LeBron will have to play at his maximum level every game, especially if AD doesn’t step up. I’m taking the Heat and I don’t think it’ll go to 7. -- Heat in 6

Etan Thomas: “It’s hard not to root for the Miami Heat and they shouldn’t be counted out, even though they are being labeled as tremendous underdogs to win the Finals against the red-hot Los Angeles Lakers. But defying odds is exactly what the Heat have been doing the entire playoffs. Nobody outside of the Heat’s locker room picked them to beat two-time MVP Giannis Antetokounmpo and the top-seeded Milwaukee Bucks. In fact, many pointed to that series as Exhibit A of the NBA not possessing the ‘competitive balance’ of the NHL - basically saying that you know who is going to win most of the series in advance. However, nobody told the Heat this. They were also underdogs going into the Eastern Conference Finals against the Boston Celtics before scratching them off the list in a 4-2 series.

"Jimmy Butler, who previous teams labeled a 'cancer to the locker room,' has emerged as a leader with a will to win and will take on the task of going head-to-head with LeBron James. Bam Adebayo has been a budding star, whose absence from the All-NBA team left many scratching their head, has been nothing short of spectacular the entire playoffs - from recording arguably one of the greatest blocks in NBA history against Jayson Tatum, to playing point center for extended stretches, to his brilliant 32-point performance in the closing game against the Celtics. His head-to-head matchup with Anthony Davis will be much anticipated. Finally, Tyler Herro has wowed the NBA world with his scoring arsenal, showing why he earned the nickname “Bucket” (regardless of what Paul Pierce thinks). Throw in Goran Dragic and Duncan Robinson and the Heat’s ability to feed the hot hand (no matter who it is) - even if it means the usual top scorers aren’t the ones getting the shots - coupled with their relentless defense and excellent conditioning, they are a dangerous opponent for the Lakers. Still, if I were a betting man (which I am not), I would have to say Lakers in 7, but don’t be surprised if the Heat (David) gives the Lakers (Goliath) quite a few stones to the face throughout this NBA Finals.” -- Lakers in 7

Alex Kennedy: “This should be a very close series, which is why I’m predicting that it will go to seven games. This series will likely be closer than many fans would expect; the Lakers are favorites, but the Heat are playing their best basketball at the perfect time and absolutely expect to take home the Larry O’Brien trophy. Miami is the deeper team, but Los Angeles has more star power. At the end of the day, this comes down to championship experience, in my opinion. The Lakers have six players who have won a championship (including three players who have multiple rings), so this NBA Finals stage is nothing new to them. For the Heat, Andre Iguodala and Udonis Haslem are the only champions on their team (and Haslem is out of the rotation). Even several Heat players have admitted in interviews this week that this is all new to them. I could absolutely see this series going either way; I’m going with Los Angeles (but I don't feel very good about it).” -- Lakers in 7 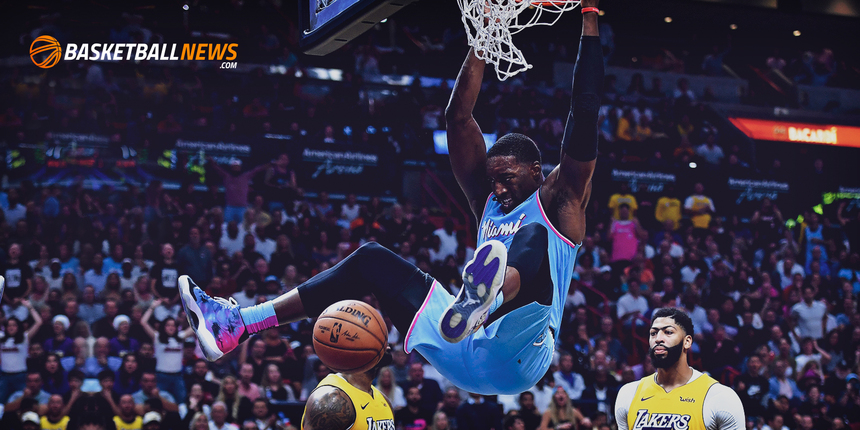 Chris Sheridan: “I am picking the Heat in six games because although the two best players belong to the Lakers, the Heat remind me a whole lot of the Golden State Warriors two years ago (minus the playoff experience), and that team that swept LeBron James and the Cavaliers before he left Cleveland. They have seven or eight terrific players, including two All-Stars and a point guard, Goran Dragic, who has been waiting his whole life for this opportunity. I expect coach Erik Spoelstra to try to get into LeBron's head in some way, perhaps Hack-a-Bron. The bubble will be a factor because the Heat's young players do not have to face a hostile crowd. And Miami has three players, Jimmy Butler, Andre Iguodala and Jae Crowder, who are good defenders and who have had success against LeBron in the past." -- Heat in 6

Kelsea O’Brien: “The Heat may be the only team to face the Lakers without feeling even slightly intimidated. They are the perfect size matchup, a factor that the Lakers haven’t encountered  yet. Miami’s impenetrable zone defence will work for everyone not named LeBron James, but trying to double-team the #WashedKing very rarely proves successful. Though the Heat possess the speed and youth, and have a slight advantage when it comes to the depth of their bench, the Lakers have the experience, the veteranship, and two of the greatest players in the world on their side.” -- Lakers in 6

Spencer Davies: “The hype around the 2020 NBA Finals is kind of a double-edged sword if you think about it. On one hand, we’ll never know whether “the nightlife” of Los Angeles or Miami is more detrimental to the road team. On the other hand, nobody is going to be traveling from East Coast to West Coast, or vice-versa, meaning we should get each player’s best basketball. Miami has been one of the most fun bunches to watch all season. In the bubble, Erik Spoelstra and Co. have turned it up to 11. It’s been a treat to see Bam Adebayo emerge as an elite modern big man on both ends of the floor, just as it has been to witness Tyler Herro accomplish feats that no Heat rookie has achieved since Dwyane Wade. We can’t forget about the consistency of Jae Crowder, the sharp-shooting of Duncan Robinson and the veteran savvy of Andre Iguodala, who will appear in his sixth-straight Finals. Oh yeah, then there’s Jimmy Butler: the head of the snake, the aggressor, the defensive pest and, of course, the closer. But to me, this L.A. squad is a team of destiny. If you look at everything that has gone down in this horrific year, LeBron James has held every one of his teammates together and is speaking this championship run into existence as a leader. If there was an MVP award for specifically the postseason, Anthony Davis would have it in the bag. Somehow this late into the playoffs, the Lakers’ chemistry is still growing -- look at the impact Rajon Rondo and Alex Caruso have made off the bench and in closing minutes.

"The battle of the bigs between Davis and Adebayo should be a treat and live up to the hype. After years and years of missing out on the spectacle, I’m itching to see Butler in his Finals debut, especially against LeBron. The Lakers have been as sound as ever in their defensive rotations. Miami loves to run the dribble hand-offs through Adebayo to Robinson and Herro as its primary action, but the quick decision-making of both makes it tough to guard when you don’t know whether they’re shooting off the rip or pump-faking and going to the basket. If the Heat can play the long game and stick around, they’re a danger to deal with in clutch situations. That’s a big if, though, especially if they’re not hitting threes at a high clip. Being back in the Finals for the first time in a decade, the Heat will be hard-pressed to get in LeBron and the Lakers’ way of achieving their goal, but that won’t come easily.” -- Lakers in 6

Nekias Duncan: “I’m going to ignore the 'team of destiny'-type cliche talk that would be easy to fall into. The Heat are just a darned good team with weapons that can give the Lakers fits. The Heat just eliminated the Bucks and Celtics in back-to-back rounds, two elite defenses that could throw off the timing of Miami’s halfcourt goodness. The Lakers have an elite defense in their own right, but it’s fair to argue that they don’t have the perimeter defenders the Bucks or Celtics had.” -- Heat in 6