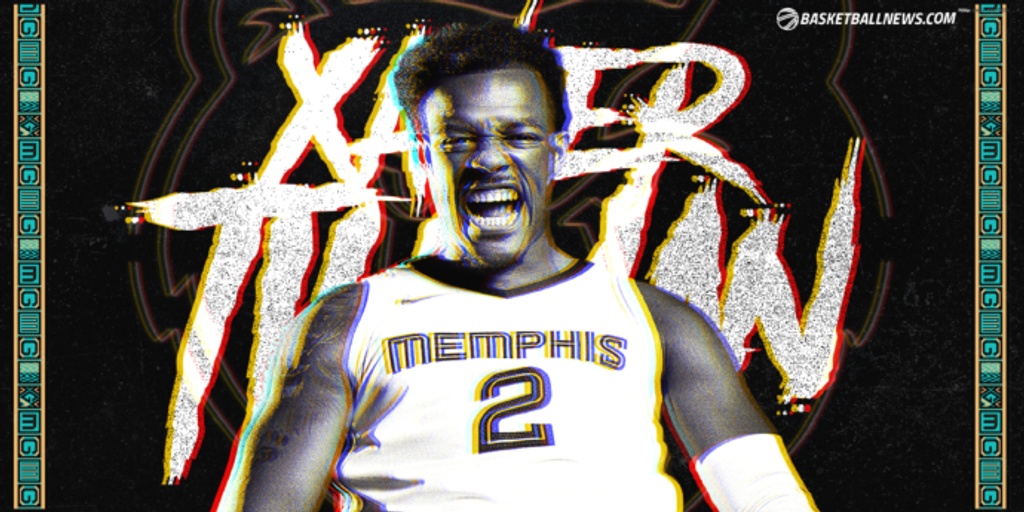 No wasted days: Xavier Tillman waiting in the wings for Grizzlies' call

In the first round of the 2022 NBA Playoffs, Memphis Grizzlies head coach Taylor Jenkins had to turn elsewhere. Surprisingly, the Western Conference’s second seed was outplayed by the upset-minded Minnesota Timberwolves in its own building in a Game 1 loss, and needed to pack a more powerful punch to ensure the series would be tied going back to Minneapolis.

Enter Xavier Tillman Sr., a then-second-year big man who had seen his playing time diminish from his rookie campaign. The Michigan State product rewarded the team’s decision with a critical 13-point, 7-rebound effort, all the while holding Wolves star Karl-Anthony Towns in check over 20 minutes in a Game 2 victory.

“And then, it was kinda downhill from there. I didn't have a performance like that again in the playoffs,” Tillman told Basketball News in a phone interview.

As for why that was the case, according to him, it ultimately came down to his approach. Tillman spent most of his second season in play groups in practice, participating in scrimmages and weight-lifting. Admittedly, he would save his legs on certain days because he figured he’d need extra energy to perform on game days.

Tillman waited for his number to be called as the year progressed. He was certain it would happen, but it didn’t… until the postseason. He was shocked, and, to him, it showed.

“I didn't take advantage of it as much as I should have, and I knew it by the end of the season,” Tillman said. “I was like, ‘Man, I could've been at least like five times better than what I finished the season out with in the playoffs,’ simply because I wasn't playing and it was a great opportunity for me to work on me. But I didn't see it as that.

“I would just keep like stacking and wasting those days, day-by-day. Then, you have the same mentality. And eventually... maybe you could say it caught up with me?”

Entering Year 3, Tillman vowed to be proactive. Whether he forced his way into the Grizzlies’ rotation or not, he was determined to “work my butt off” this past summer and during the season.

“I'm gonna get up early before we have team meetings and team shootarounds. I'mma get on the bike for 30 minutes and I'mma go 11-to-12 miles on the bike. I'm gonna lift every two days instead of every three days to take advantage of that. And (in) these play groups, I'm trying to win, I'm trying to make winning plays,” Tillman explained of his mindset.

To this point, aside from a handful of games where he’s played 20 or more minutes with the Grizzlies when they’ve been shorthanded, it’s been much of the same as far as his playing time is concerned. (In fact, he’s averaging just over 11 minutes a night, a career-low). With that being said, it hasn’t deterred him from trying different things.

At the beginning of the season, Tillman personally requested that the coaching staff allow him to play with the Memphis Hustle, the organization’s G League affiliate, to stay fresh — especially with home games being only a 40-minute drive from the team’s home arena.

“If we don't have a game that day, I can definitely go down there and play and get some good minutes. And that's been a blessing for me to just, honestly, keep my flow of playing,” Tillman shared. “Because even in those play groups and those workouts, you can't get in the flow of boxing somebody out, grabbing a rebound, pushing it, being in help defense. 'Cause it's a workout, all you work on is offensive scoring.

“So being in a Hustle game allowed me to just play and play in a real game. So when I got my opportunity called — like now due to injury — I was ready to go and ready to help the team in all ways.”

X is so inspirational man. pic.twitter.com/uAnVhnf9dl

Team-first is Tillman’s M.O. Whatever his squad needs and asks of him, he does it. It’s been that way from an early age, particularly when he was playing with current Phoenix Suns guard Duane Washington Jr. at Grand Rapids Christian High School in West Michigan.

“We played high school ball together my junior and my senior year, and having him on my team, I knew that I didn't have to be a 20-point scorer for us to win these games. Especially 'cause he was a bucket-getter himself. I'm like, 'Okay, if I can get him shots and then fill the gaps on our team, we'll be great,’” Tillman said. "Start to try to fill the gaps instead of like, 'Hey, this is what I bring and then let everybody else fill it around me.' I've learned as I've gotten older. See the identity of your teammates and then work around that to help us win games.”

If you’re a teammate of his, it helps that Tillman can “think the game” the way he does. He’s constantly one step ahead of his defender on offense and the opposing player when he’s on the defensive end. If he gets an offensive rebound, it’s either going up or going to a teammate. If he sees one of his guys getting doubled, he’s freeing them up or cutting to the bucket.

Screens are precise, handoffs are well-timed, backdoor passes to cutters are on point and short-roll spray-outs to the corner are on target. There’s a knack for the intangibles of the game and the little things that, when added up, become big.

“I've always played on teams, for the most part coming up, where I've had shooters and scorers on my teams, but I didn't always have guys who cared about defense, who wanted to get blocks and steals and rebounds and stuff like that. So that was kinda the role I filled on my teams early on in life,” Tillman said.

“The main skill part that I would bring to the table was me being able to bring the ball up after a rebound and then, make a play after that to pass it to somebody else. But early on in my career playing basketball, I had people on my team who could score the ball, so my job then at that time wasn't even that. So I guess I kinda always had that... I don't know if anything is truly, truly natural, but my experience has made it natural, I guess you would say.”

Tillman’s distribution prowess is impressive, whether he’s pushing the ball up the floor on the fast break or searching for guys in space in the half-court. Being a Michigan State Spartan, the recently-turned 24-year-old looked up to Draymond Green as somebody with a comparable height, build and playstyle.

“Being able to facilitate, being to able to lock up on defense, being able to rebound with the big 7-footers and stuff like that. So I just drew similarities from him for sure,” Tillman said. “I loved watching guys coming up like LeBron [James], and not necessarily like the athleticism and scoring aspects, but the same thing I was talking about (with Draymond) — the way he can find people, the way on defense he'll be on the back line communicating crazy to everybody and letting everybody know what's up. And then, in transition, being able to make the plays that he does.

“So those two guys are two that I kinda looked up to as far as my game and how I could find similarities between them.”

When on a G League assignment, there is a noticeable difference in Tillman’s focus areas. Unlike the role he plays for the Grizzlies, he is granted freedom to expand his game with the Hustle. In five games, Tillman is averaging 17.8 points, 9.0 rebounds, 3.8 assists and 1.4 steals per contest, taking 13.0 shots a game and converting on 52.3% of his total attempts.

Hustle head coach Jason March sends him out there for a predetermined allotment of minutes and draws up plays for the big man to take shots and score that don’t usually come with the Grizzlies.

“Him telling me stuff like that, it's like, 'Man, okay, I gotta shoot it.' So now when I catch the ball down there, I'm thinking, 'Okay, what's the best move I can make here to get a shot off?'” Tillman explained.

For somebody like Tillman who has capabilities outside of the role he plays with the big club, those opportunities in the G League are helpful and reassuring.

“It's always a balance. It's not easy, I will say that. The only part that's not easy is... I guess the ego side, the pride side of it,” Tillman acknowledged. “Because at the end of the game, everybody's looking at stats and you see like, 'Ah man, I only took 4 or 5 shots today and I played this many minutes? What's that about?' And then, you watch the film and you can watch the film and say, 'Damn, you're passing up all these shots.'

“But in my head when I'm in the game, my mind is already set on, 'I need to get so-and-so open, I need to get so-and-so a shot here.' And so like, that's kinda the hard part is the aftermath when I watch film and I watch myself because I'm like, 'Man, I had way more shot opportunities than I took.' But then when I'm in the game, I'm like, 'Man, you played good out there. You got some assists, you got some rebounds. We went up 10 points while you were out there.' So it's just those things, trying to balance that for sure.”

With Brandon Clarke back from a sore hip that sidelined him for six games, Tillman’s playing time has started to diminish again.

But at 31-13, the Grizzlies are the hottest team in the NBA with 11 straight wins, a rung barely below the Denver Nuggets at top of the Western Conference ladder. Tillman’s been a part of that and will continue to do whatever he can to help his team along throughout the rest of this campaign.

A young, hungry and deep group that continues to blossom with each passing season, Memphis poses a legitimate threat to the rest of the NBA — both right now and down the road.

“It's definitely been awesome to see, especially this early in our careers,” Tillman said. “Being my third year, Des's third year, Ja's fourth year, JJ's fifth year. It's pretty cool to see the success happen so early in our career. But at the same time, we have to have that knowledge in the back of our heads that it is early in our careers. So when things don't pan out the way we feel like it should, we shouldn't freak out and blow up the bus. We should say, 'Hey, alright, we made mistakes.' But we're a super, super young team. Mistakes are bound to happen.