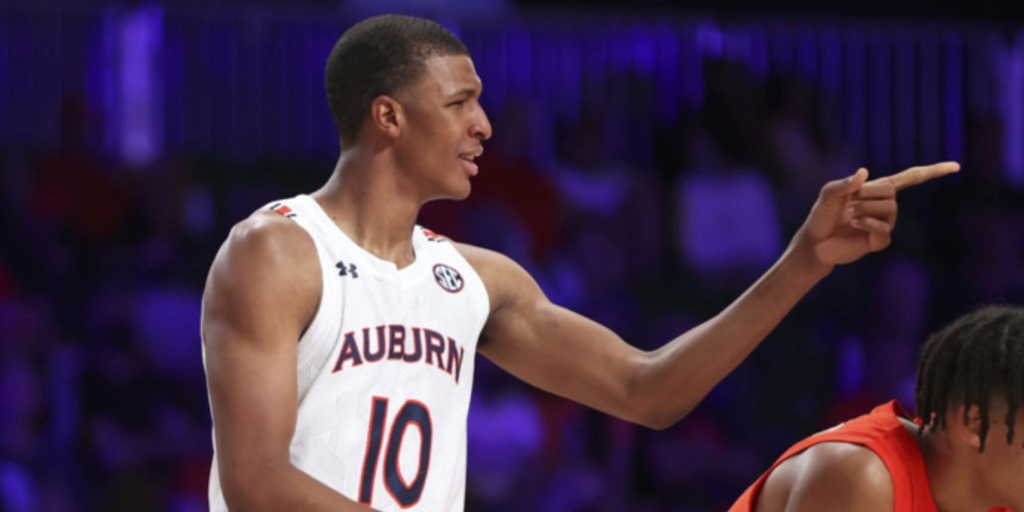 The first calendar month of NCAA action is drawing to a close, and there were no shortage of prospect fireworks throughout the early nonconference slate.

Freshmen like Jabari Smith and Kendall Brown have consistently turned heads with their play, while returning stars such as Jaden Ivey showed tremendous growth. Of course, Paolo Banchero and Chet Holmgren also dominate the conversation, culminating with their thrilling matchup on Nov. 26 in Las Vegas.

Matt Babcock was on hand for that game and many others. He and his scouting team recently updated our 2022 NBA Draft Big Board. Babcock answered a few of my questions about his board and his observations so far.

What has Paolo Banchero done to solidify his No. 1 ranking on your Big Board?

Matt Babcock: I have seen Banchero in-person twice this season — on opening night in New York at the State Farm Champions Classic, and then just recently in Las Vegas versus Gonzaga. He was terrific in both games. The main thing for me that gives Banchero an edge over Jabari Smith and Chet Holmgren is his ability to create offense on his own. Don’t get me wrong, he has a well-rounded game, but his ability to get buckets is something teams can build around. I envision Banchero being a big-time scorer in the NBA.

What has inspired you to move Jabari Smith up to second on your Big Board?

Matt Babcock: I recently watched Jabari Smith in Tampa, Florida when Auburn played South Florida. He didn’t even have a great game, but he showed his talent and I was blown away. He does just about everything I’d want from a versatile stretch four. He shoots the ball extremely well with range. He’s teased his ability to score on three levels, and I think he has the potential to become an elite switchable defender. From an upside standpoint, Jabari Smith might have the highest ceiling of any prospect this year.

Aside from Banchero and Holmgren, who else stood out to you from the Duke vs. Gonzaga matchup?

Matt Babcock: That game was unbelievable! I feel lucky to have been in the building. From a scouting standpoint, it was almost overwhelming because between the two teams, there were so many NBA prospects. However, one player that really stood out was Wendell Moore from Duke. I’ve watched Moore since he was in high school. He’s gotten so much better. I initially thought he was just a tough, slashing player. In that game in Las Vegas, he showed so much more versatility than he has in the past. He actually showed some point guard skills, which surprised me. It was also very clear that he is the leader of that team. I have a lot of confidence in Moore right now. We decided to include him on our most updated Big Board as an early second-round pick.

Duke’s sophomore center, Mark Williams, made a major impact in that game, too. He’s so big and really uses his length to be a great defensive anchor and finisher around the rim. He’s trending up in my book for sure.

I also thought Gonzaga’s point guard, Andrew Nembhard, showed well. He isn’t the quickest player, but he has good size and is just a solid floor general. I think he’s improved quite a bit.

What makes Kendall Brown one of the hottest early risers in the class so far?

Matt Babcock: I’m very high on Kendall Brown. He has positional size and is about as good of an athlete as I’ve ever seen. He’s already producing at a high level as a freshman for a very good Baylor team. I don’t think he’s ever going to be a guy that’s going to create a ton of offense on his own, but his elite athleticism and motor allow for him to make plays all over the court.

Which other freshmen have made significant impressions early in the season?

Matt Babcock: There are a lot of talented freshmen. Of course there are the players that we expected to be near the top of the draft, like Banchero, Smith, Holmgren, and Duren, but a few guys that have really caught my attention early on have been Moussa Diabate from Michigan, Max Christie from Michigan State, Matthew Cleveland from Florida State, and Bryce McGowens from Nebraska.

Which collegiate returners have shown significant growth from last year?

Matt Babcock: Coincidentally, the two names that come to mind first are both from the Big Ten: Jaden Ivey from Purdue and Keegan Murray from Iowa.

Ivey is a dynamic guard who is so athletic. He’s a hawk on the ball defensively and is constantly attacking the rim with the ball in his hands. He’s really improved as a playmaker, too. He’s really an exciting player. Keep an eye out for his highlights.

As for Keegan Murray, he doesn’t do one thing that blows you away, as his game is pretty simple. He’s a stretch four who has a non-stop motor. The guy just makes things happen all game long by playing smart and hard. He’s having an incredible season so far for the Hawkeyes. Murray is averaging over 25 points, eight rebounds, two blocks and a steal per game. At this point, I have a hard time envisioning him slipping too far in the draft, as I think a lot of teams could use him.

I was actually planning to see both of these players in-person later this week when their teams play each other Friday night at Purdue, but I couldn’t fit it into my schedule, unfortunately. I need to lock in a couple of dates so I can see both of them sometime soon.

Who's a player you would like to see more from before conference play gets started?

Matt Babcock: My schedule really came together nicely this season. I’ll have seen most of the real high-priority prospects by the New Year. I’d say the area where I feel least confident, at the moment, is with international prospects. I’m heading out to Europe for a couple of weeks in January, though, so I will have an opportunity to see a lot of top guys then. There are also some prospects playing in Australia, whose league is just getting going right now. I likely won’t be traveling there this season. I don’t even know if I could go if I wanted to. But it will be nice to get some fresh film to watch and get caught up on those prospects.

What other non-NCAA prospects have made strong statements recently?

Matt Babcock: I think G League Ignite players Dyson Daniels, MarJon Beauchamp and Michael Foster are all doing a nice job. Jaden Hardy hasn’t been playing as well as I had hoped he would, but I think it’s just a matter of time for him to work through the kinks and become more comfortable. Also, Scoot Henderson has been incredible since he came back from an injury. He’s not draft eligible this year, but next year, watch out — he’s coming!

I’m also planning to go to Atlanta in the next couple of weeks to see Jean Montero and the rest of the players with Overtime Elite. I worked for Overtime Elite as a scouting advisor for about six months. I helped get their scouting operations in order and their initial group of players set. So in addition to seeing Montero and the rest of the players there, I’m looking forward to seeing all of my former co-workers and their brand new arena.