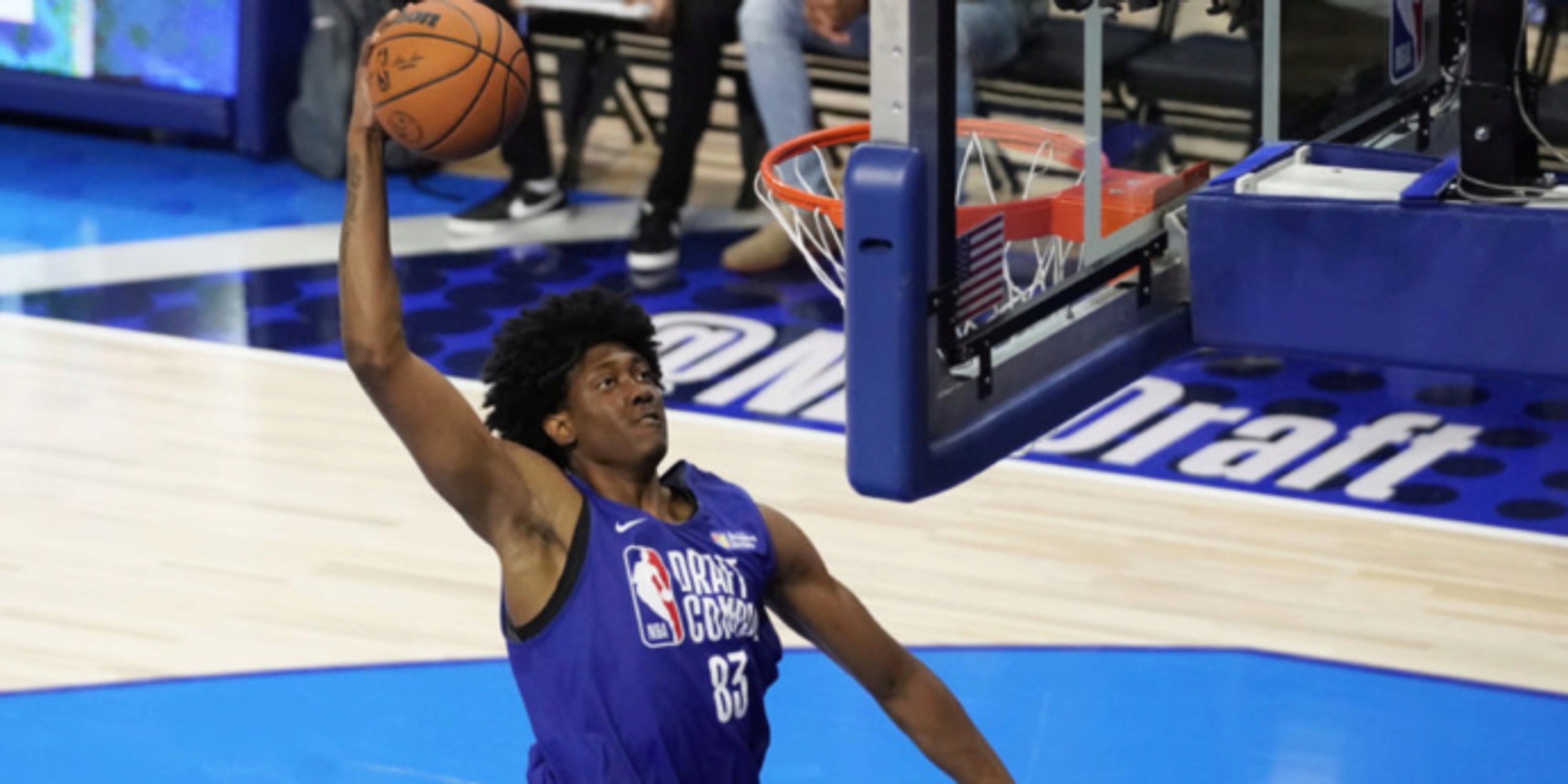 Every year, the NBA Draft Combine rolls around and offers opportunities for both fans and scouts alike to overreact to physical testing. Some around the league put a lot of stock into measurements, while others do not. The eye of the beholder takes each test into account in his or her own way.

Our Sr. NBA Draft Analyst Matt Babcock is in Chicago at the NBA Draft Combine, and he shared his thoughts on the testing process: “I certainly value the anthro testing and learning the basic measurements of draft prospects, as possessing positional size is an essential part of a player's typical recipe for success. I was particularly impressed by the measurements of Duke's Mark Williams and Mega Basket's Nikola Jovic.”

Here are a few of my own takeaways from anthro testing:

Mark Williams measured in at 7-foot without shoes and added a 7-foot, 6.5-inch wingspan. These, along with his 9-foot-9 inch standing reach put him in some rare air among past prospects. Don’t expect him to be on the board too long next month.

Similar to Williams, Walker Kessler measured in at 7-foot and 1.25 inches without shoes and posted a 7-foot, 4.25-inch wingspan. His 9-foot-5 inch standing reach was shorter than Williams', but his rim-protection is still a simple projection to the next level, as he was one of the best in the country.

Nikola Jovic is a skilled, confident teenager who shows great promise in the NBA. He measured in at 6-foot-9, 0.25 inches without shoes with a 7-foot wingspan. These are great measurables for the wing/forward as he looks to solidify himself as a first-round pick this week.

Jalen Williams led the day in wingspan differential at +9.75. He stands 6-foot, 4.5 inches without shoes and has a 7-foot, 2.25-inch wingspan. Along with his pick-and-roll potential and shooting prowess, he’s a fascinating prospect to track this week.

It remains to be seen if Moussa Diabate will stay in the 2022 NBA Draft, but after measuring in at 6-foot, 9.25 inches without shoes and posting a 9-foot, 1.5-inch standing reach with 2.7% body fat, the confidence in him as a prospect is solid regardless of when he declares.

Leonard Miller is a fascinating, talented, mostly-unknown prospect as we head into the draft. He’s skilled and shows great promise as a two-way player, and measured in at 6-foot, 8.5 inches without shoes to go along with a 7-foot-2 wingspan. Solid numbers from the young Canadian. Certainly one to follow this week.

Collin Gillespie recorded the shortest wingspan of the day at 6-foot-4, and also measured in at 6-foot, 1.5 inches without shoes. While he’s a proven winner and projects well as a reliable backup guard at the next level, these numbers are worth noting.