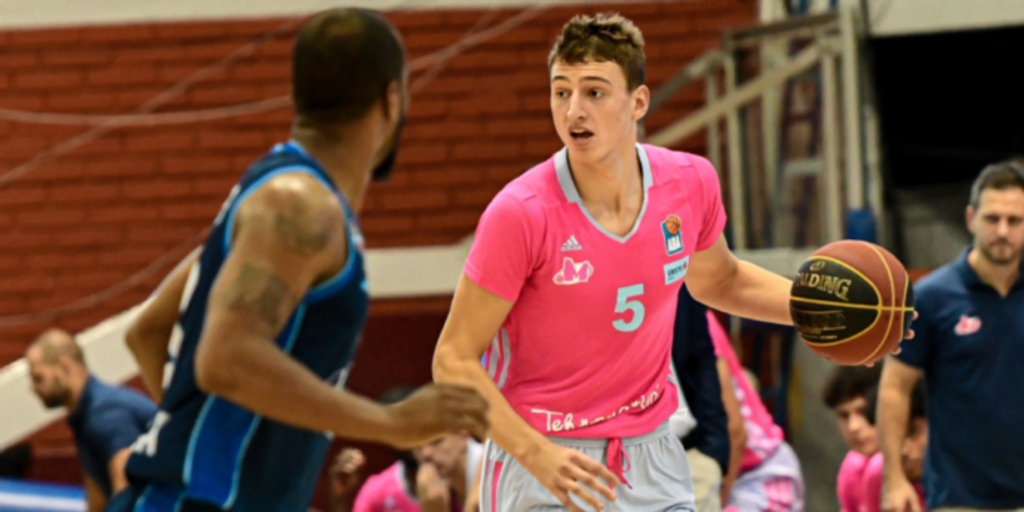 After spending more than 20 years working as an international scout and serving as director of international scouting for the Portland Trail Blazers, Jason Filippi continues his scouting journey by evaluating players for BasketballNews.com. Today, Filippi evaluates top European prospect Nikola Jovic of Mega Basket in Serbia.

Nikola Jovic has had a very up and down season. But even as a victim of both his inconsistency and the unrelenting pressure of high expectations, he is still arguably the top international prospect in the upcoming 2022 NBA Draft and a likely first-round pick.

Admittedly, Jovic struggled a bit early in the season, but I think he has improved a lot since then and is slowly starting to live up to expectations. In his defense, people often forget that this was his first real full season at the pro level; he only played in just a handful of games with the senior Mega Basket team at the end of the 2020-21 season.

Jovic was forced into the spotlight as an 18-year-old with huge expectations, and perhaps too much responsibility, for a kid his age. And while it is true that the Mega Basket club he plays for does everything possible to promote their young star prospects and groom them for the NBA Draft, it is also true that he had to face a lot of scrutiny — along with a significant amount of pressure — to perform.

I think that he did an excellent job keeping his focus through it all.

Early in the season, Jovic looked a bit flustered at times, and lost his confidence, swagger and cockiness. Still, he seems to have regained his "mojo" now, as he has been much more assertive over the last couple of months. And, in general, he has seen his role on the team grow since the start of the season. He has also been shooting it better, and is now looking much more confident from three-point range.

Having scouted Jovic very closely over the past three years, I have witnessed firsthand his career progression, which has been quite impressive. Here is a list of accomplishments he has earned just over the past two seasons:

In addition, this past February, Jovic also made his debut with the Serbian senior national team in the 2023 FIBA World Cup Qualifiers.

Born and raised in Belgrade, Serbia, Jovic is a very skilled and versatile combo forward with excellent positional size; he stands a legit 6-foot-10 with shoes, albeit with just an average wingspan. He has a long but narrow frame, and will need to add muscle to play at the NBA level. Jovic moves pretty well for his size and is very smooth — everything seems to come easy. He is not an explosive athlete, but still seems to be able to get to wherever he wants to with the ball. He is a decent leaper who can make athletic plays in space or off the move. However, his lateral quickness is more of a question mark for me, especially from an NBA perspective.

Jovic has a very polished offensive game, and I think his versatile skill set will help him succeed at the NBA level. He has excellent ball skills; he can drive, shoot and pass, and help handle the ball. Although he can be somewhat of a ball-stopper at times, he makes excellent reads with the ball, sees the court well and can serve as a facilitator. I have also seen him make plays for others as a ball-handler in pick-and-roll situations. In addition, he is a good ball-handler in the open court who will routinely lead fast-break offense. He'll eventually be able to help initiate the offense even in the half-court too.

One of the keys to Jovic's development has been the fact that he started his basketball career as a guard, but then had a huge growth spurt. So this allowed him to transition to the frontcourt while still retaining the feel and ball skills of a backcourt player, giving him a considerable edge over others in his new position.

Whether Jovic will be able to handle and create off the dribble as easily at the NBA level or not is a legitimate question, but I am willing to give him the benefit of the doubt based on his skill level and feel for the game. He may not have an explosive first step, but he can still get to the rim well enough (in my opinion) thanks to his craftiness, excellent use of fakes and changes of speed and direction. The kid has a fantastic mid-range game also. At the junior level, he showed the ability to exploit favorable mismatches, and displayed some nice post-up moves. Unfortunately, he hasn't been able to do it as much at the pro level thus far. However, if he can gain strength physically, it will help him. 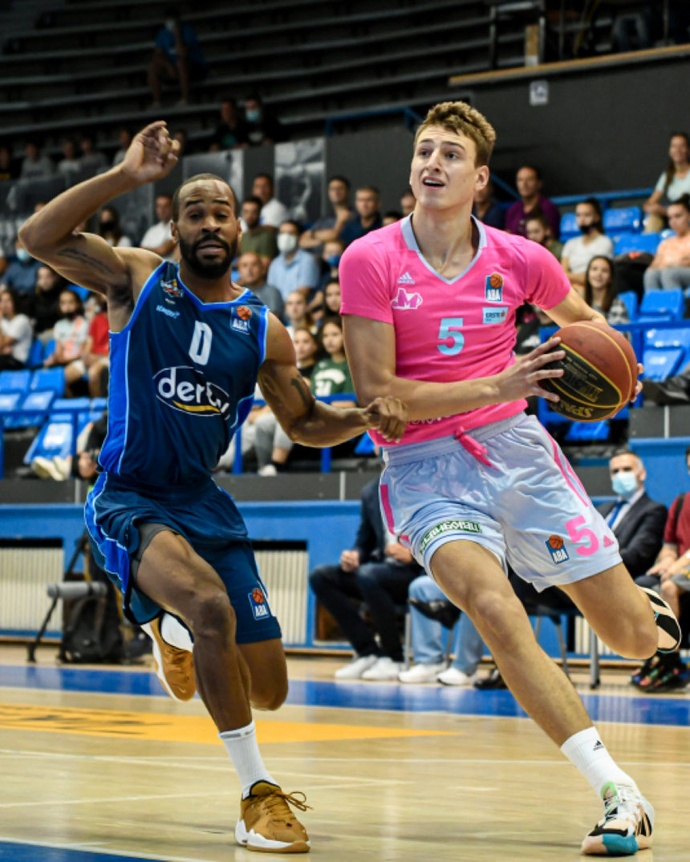 One area he will need to improve is his perimeter shooting, which can be very erratic. Although he is a better shooter than his current three-point percentage would suggest, Jovic is far from the type of knockdown shooter he will need to be in order to take his game to the next level. His shot is a bit "rigid,'' and he will need to tweak his mechanics to make it more fluid. He also tends not to always follow through well. On the positive side, Jovic is working on developing a nice step-back move and a side-step move.

As good as he is on offense, Jovic still has a lot of work to do on the defensive end, and this will be a key factor in determining his potential success at the NBA level. At the moment, he struggles to defend both forward spots — even at the European level. He will have to bulk up more to play effectively at the 4, which will likely become his long-term default position at the NBA level, as he lacks the necessary physicality to be a 5. He currently struggles too much to defend the wing at the pro level; he has just average lateral quickness and often plays too stiff — he needs to learn to bend his knees more.

Jovic has been drawing comparisons to many current and former NBA players like Hedo Turkoglu, Dario Saric, Deni Avdija and even Joe Ingles. However, the one player he reminds me of the most is Danilo Gallinari, and I think his potential career arc could be very similar.

I have followed both players since they were 16 years old, and have noticed remarkable similarities in these two at the same ages. Both were guards before growth spurts who kept those guard-like ball skills, and were mediocre long-range shooters at a young age, but continuously improved. Gallinari has become a great shooter, so I don't see why Jovic can't become the same soon. They also faced similar defensive challenges at the pro level, as both often played too stiff and had just average foot speed as big wings. And in addition, they were both thrown into the spotlight at age-18 and faced similar challenges resulting from the pressure of high expectations.

It may take him some time to adjust his game to the NBA, but I am sure that Nikola Jovic will figure things out and enjoy a long NBA career!