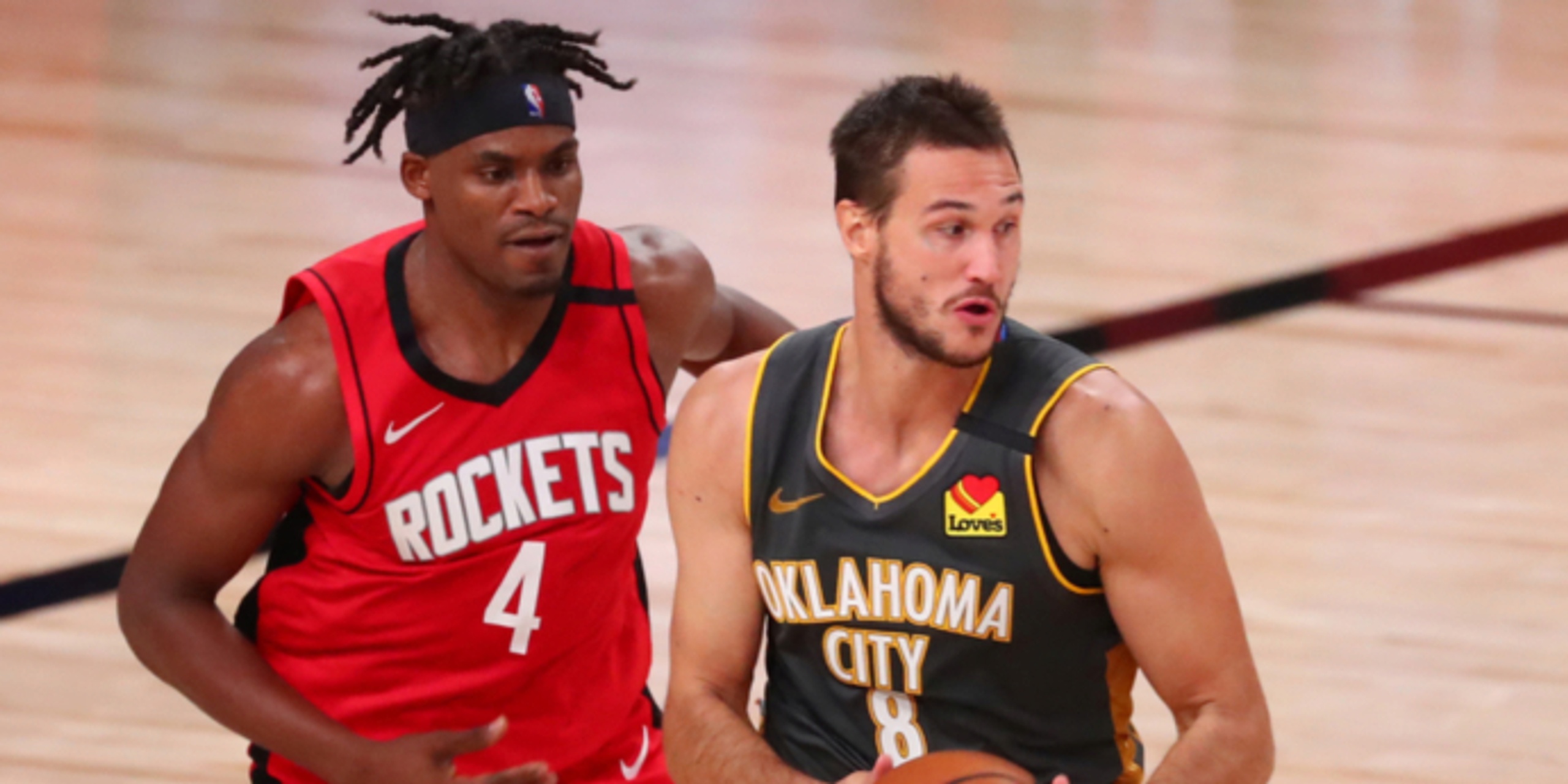 Mavs, Thunder discussing trade for Gallinari and No. 18 pick

The Mavs and the Thunder are discussing a trade that would send Danilo Gallinari to Dallas in a sign-and-trade and the 18th pick to OKC, per sources.

ANALYSIS: Dallas has long been rumored to add a third scorer and another playmaker to the team's core around Luka Doncic and Kristaps Porzingis. Gallinari can bring more of the former, but in a significant way. The veteran forward averaged 18.7 points and 5.2 rebounds on 40 percent from deep last season with the Thunder.