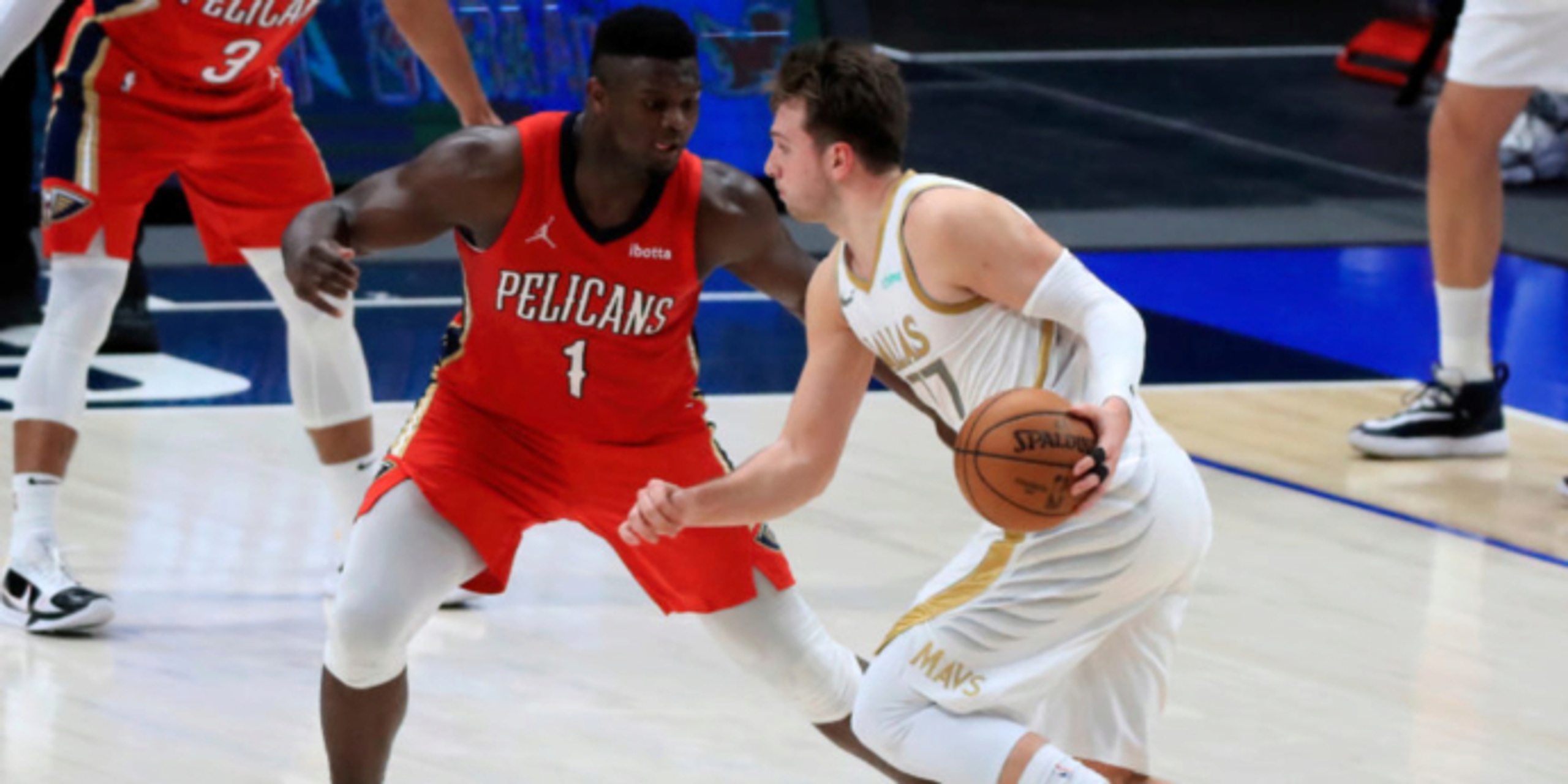 Luka Doncic had another monster performance for the Dallas Mavericks in their 143-130 win over the New Orleans Pelicans. The 21-year-old posted a career-high 46 points, along with 12 assists and eight rebounds, to secure the victory.

In doing so, Doncic surpassed 4,000 career points, becoming the third-fastest player to the benchmark in the past 40 seasons. It took Doncic just 159 games to hit 4,000; only Shaquille O'Neal (154) and Michael Jordan (134) have done it quicker in that time frame. He also became the fourth player under 22 years old to post a 45-point, 10-assist game, joining Jordan, Trae Young and Isiah Thomas.

Teammate Kristaps Porzingis also had 36 points in the win.

"They're both great offensive players. They're both very unique. They fit together extremely well," head coach Rick Carlisle said. "Their games complement one another very well. The chemistry tonight was tremendous. Balls were delivered on time, on target -- people stepping into shots in rhythm. It was great stuff to watch."

Friday's contest also made history with the sheer number of young stars who went off. It was the first time in NBA history that four players age-25 or younger posted at least 30 points. Zion Williamson scored a career-high 36 points, while Brandon Ingra added 30 of his own.