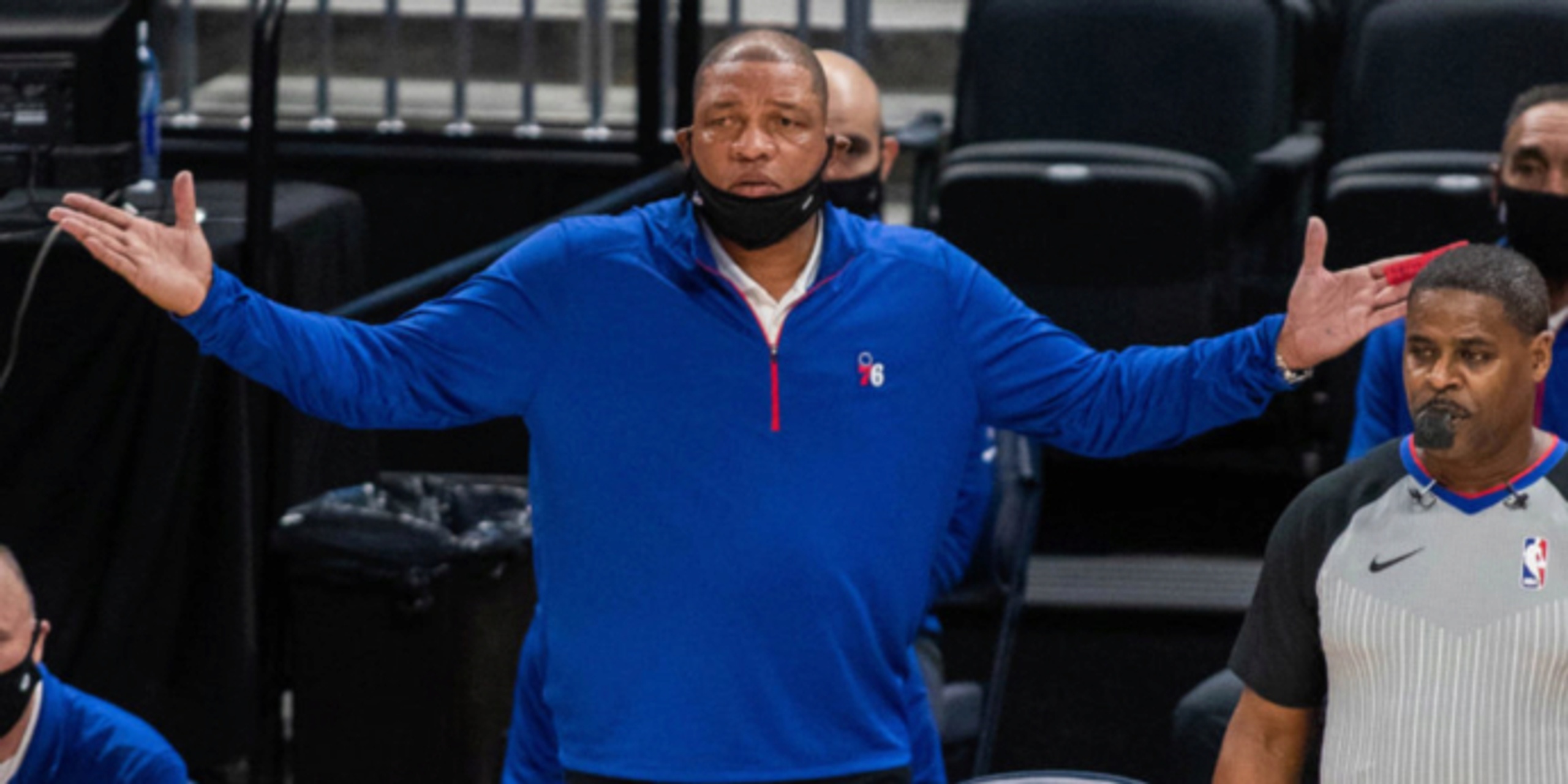 The Philadelphia 76ers are planning to use only seven players for this afternoon's matchup with the Denver Nuggets.

ANALYSIS: Joel Embiid and Ben Simmons will not suit up due to injuries, according to Shams Charania, and the Nets were already at just nine eligible players due to COVID-19 health and safety protocols. Mike Scott will dress but not play for Philly.

Doc Rivers said pregame, "An hour ago we were told we were playing. We have eight active players. One is Mike Scott, and I can tell you right now there's no way I'm going to play him."